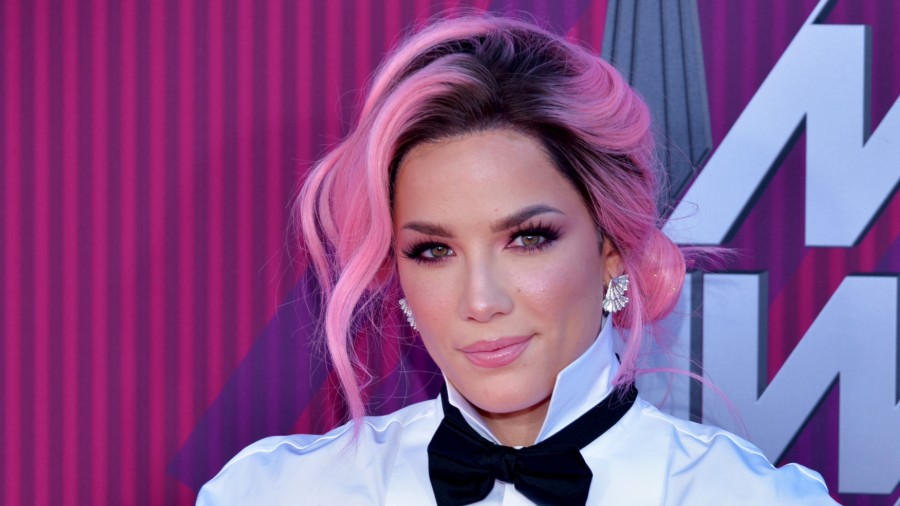 We normally would not associate Vanity Fair with the pro-life message, but the headline said it all: “Halsey Announces She’s Pregnant: ‘I Love This Mini Human Already!’” Yes, that entity in this pop star’s belly is not a clump of tissue or a mass of cells. It is a human being, albeit a tiny one, a “someone,” not a “something.” Already Halsey feels a mother’s love.

Now, I must confess to ignorance in terms of knowing much about Halsey, but it’s clear that she is somebody big in the music industry. She has 23 million Instagram followers and her baby announcement garnered 5 million likes in the first 6 hours. And obviously, you need to be pretty popular to go by one name, as she does.

According to Wikipedia, “Halsey is noted for her distinctive singing voice. Her awards and nominations include four Billboard Music Awards, one American Music Award, one GLAAD Media Award, an MTV Video Music Award, and two Grammy Award nominations. She was included on Time’s annual list of the 100 most influential people in the world in 2020. Outside of her career, she has been involved in suicide prevention awareness, sexual assault victim advocacy, and racial justice protests.”

So, she is both an artist and an activist, but clearly not a conservative Christian activist. To the contrary, Wikipedia also notes that she identifies as bisexual and, we are told, “Halsey is a feminist.” In fact, “After the 2017 Women’s March, she sent out a tweet that promised to donate one dollar to Planned Parenthood for every retweet it received. She ended up donating $100,000 to the organization.”

Not only so, but “her personal narrative included accompanying her best friend to Planned Parenthood after she had been raped, her personal account of sexual assault by neighbors and boyfriends, and women sexually assaulted by Olympic doctor Larry Nassar.”

Her Own Flesh and Blood

Clearly, then, this expectant mother is anything but a fundamentalist, puritanical, Bible-bashing Christian (to paint things in the most negative, stereotypical terms). And clearly, she is anything but a misogynist or a person insensitive to the unique needs of women, in particular those who are sexually abused.

As for Planned Parenthood, Halsey is obviously an avid supporter to the point of using a massive, anti-Trump, political rally in 2017 to raise money for the abortion giant.

Yet, to repeat, she recognizes that she is carrying a mini human in her womb. And although she has not cuddled her baby or talked to her baby or looked her baby in the eyes, she already loves her child. It is her own flesh and blood (along with that of her boyfriend). It is a human being, in some real sense a “mini-me.”

Earlier this week, I interviewed a woman who had been raped at the age of 16, finally going to an abortion clinic in the 25th week of her pregnancy. There, the workers referred to her baby as a “blob of tissue.” She was injected with saline, which then kills the baby from the inside out. Literally, “The fetus is killed by salt poisoning, dehydration, brain hemorrhage and convulsions.”

But shortly after the procedure, she had to be admitted to the local hospital because of complications, quickly giving birth to her dead child.

The nurse, however, had not been careful, failing to extend the curtains to block the young mother’s vision.

This was her baby. She became inconsolable at the realization, screaming and wailing.

To this teenage girl’s shock, she saw her baby in a little jar — the hands and the feet and the face and the nose — and it was only then that she realized that this was not a blob of tissue. This was her baby.

She became inconsolable at the realization, screaming and wailing. And in the months and years that followed, she fell into a moral and emotional tailspin.

When I asked her if the main reason for the tailspin was the rape or the abortion, she said it was the abortion.

How many others have had similar experiences, carrying the guilt of their choices for years, if not decades? (For her book of hope and encouragement, especially for those with unwanted pregnancies, see here.)

This Realization Will Diminish Abortions

The sad realization is that, had Halsey decided not to keep her child, we might never have heard of her pregnancy. And obviously, she is not pregnant due to rape but rather due to her relationship to her boyfriend.

To the extent that every pregnant woman on the planet, along with every man who impregnated a woman, comes to that same realization, to that extent abortions worldwide will diminish.