Woke Parents and Their Trophy Children 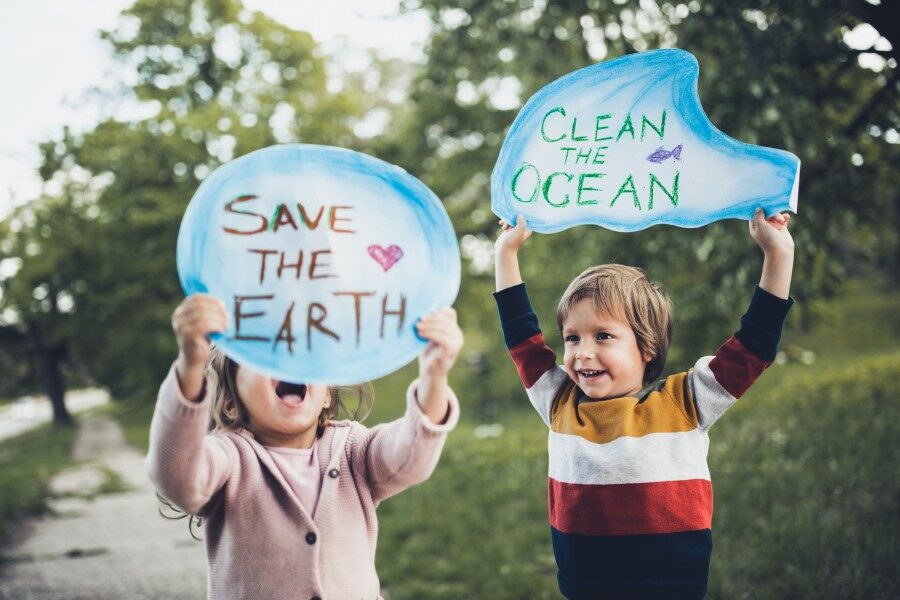 My local woke-mums-and-dads network announces a kiddie climate change rally here in Brooklyn, to feature “life-sized cardboard cutouts of Chuck Schumer, Nancy Pelosi and Joe Biden.” More: “Each child will get an opportunity to send a climate-related message to our leaders by whispering, talking or shouting into the leader’s ear using a megaphone. Children will also sing protest songs and play with a giant earth ball and a flame-painted parachute.”

At any one of these events, they will be bombarded with ideas and images beyond their years’ ability to process in a healthy fashion. Yes, the well-intentioned parents sincerely believe that enrolling their children in these events is a glorious way of stating their principles together as a family. Yes, their parents want to “start them young” in the belief that they can change the world.

But for little ones — little enough to make a show of yelling at a cardboard Chuck Schumer for the parental cell-phone camera — is there not always lurking the aspect of the Trophy Child? The child correctly formed by these virtuous parents and lisping the correct sentiments to the moist-eyed praise of all?

Not to mention the sentimental bosh that only wisdom can flow “out of the mouths of babes.” Particularly when it’s been put there by Mom, Dad, and a stack of woke kiddie books from a hip bookstore in Park Slope.

Here’s a transgressive thought: Let kids be kids and leave them home until they’re old enough to really think for themselves. Isn’t that the reason that so many parents like these leave off enrolling their kid in an actual (as opposed to a secular) religion — “I want them to decide for themselves when they grow up?”

Form their consciences around the family dinner table, and give them a parachute without flames on it. The world will roll in upon them like a tank quite soon enough.

Brenda Becker has been a medical writer and editor for 40 years. She has written the blogs Crazy Stable and Prospect: A Year in the Park about life in Brooklyn, where she lives with her family. She has contributed to The American Spectator and The Baltimore Sun, and is at work on a novel about the American Revolution. Her previous article was Night Falls at the Museum, about the American Museum of Natural History in New York City removing its famous statue of Teddy Roosevelt.