Night Falls at the Museum. Teddy’s Taken Away 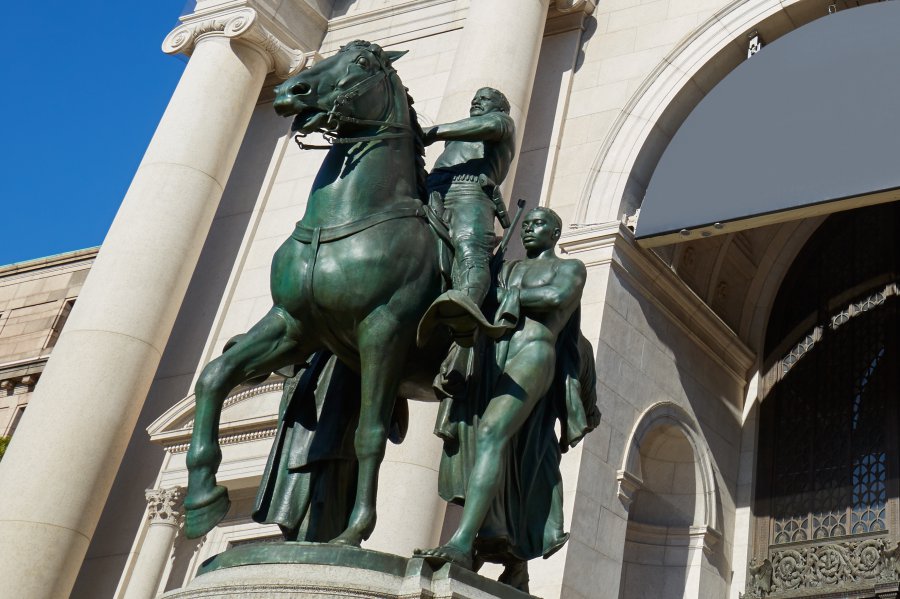 Once upon a time, three men went forth together, brothers in arms. One was a Native American, one an African, one a pudgy and nearsighted white guy from New York who deployed his privilege to create a permanent legacy to conserve the wild and educate his country.

Through his great anthropological and natural history museum, visitors would learn about the rich cultures of peoples they had once deemed savages. They would learn about the natural beauty and environmental importance of lands they knew only as swatches on a map, labeled by resource and conqueror.

All three heroes had their eyes fixed on the future together — but in their rough-and-tumble world, they also kept their hands on their guns, anticipating a rough road ahead.

How Rough a World 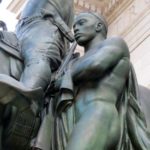 How rough a world, they could never have guessed. Generations of people from all over the world gazed up at them, drawn by the physical beauty and power of the two men on foot and their idealistic fellowship with the American conservationist and president.

But then a mob came, and saw only oppression, saw only that the white guy got the horse. They threw paint, scrawled obscenities. The mob believed, not just that we were all too stupid to see that the fellowship walking out of the mists of history was a dream, dated perhaps but cloaked in dignity. They also howled that the fellowship itself was a sour dream, poisoned and false, an insult and a lie to the oppressed. 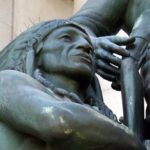 And the museum, conservator of history and its contexts, squirmed and “addressed” the monument with a special exhibition, but the mob was not satisfied. They howled all the louder.

And so the brothers in arms will be torn from their pedestal and hidden away, their gaze now fixed on a storeroom wall. Perhaps we could replace them with a statue of a mass of people gazing at Twitter and retweeting slogans. Because every monument is “of its day,” and the pigeons, like the mob, will move on to the next perch.

The photos were taken by the author.

Brenda Becker has been a medical writer and editor for 40 years. For more than a decade, she has written the blogs Crazy Stable and Prospect: A Year in the Park about life in Brooklyn, where she lives with her family. She has contributed to The American Spectator and The Baltimore Sun, and is at work on a novel about the American Revolution.