Someone has got to have the courage to be first to buck the bias. Who will it be? 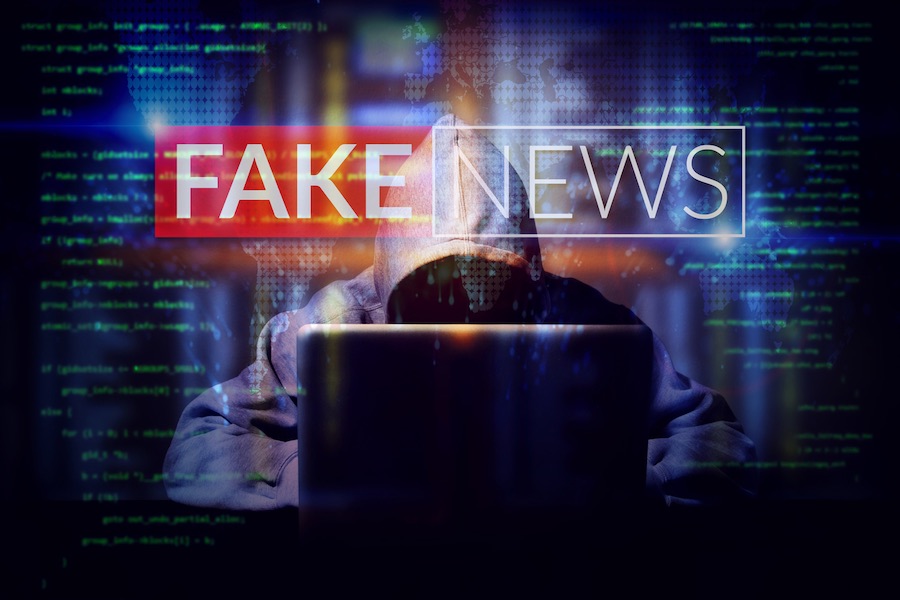 Lawyers for Donald Trump made an “opening statement” in a legal case by which they intend to show that the recent election was systematically, intentionally, criminally rigged to throw votes to Joe Biden.

“I can prove to you Trump won Pennsylvania by 300,000 votes,” said Rudy Giuliani. “He won Michigan by 50,000 votes.” But “it’s not about overturning elections on our part,” said lawyer Jenna Ellis, “it’s about preserving free and fair elections.”And “we will not back down, we will not be intimated.” Giuliani made no effort to hide his anger: “You must cover this!”

What is at stake here is neither Trump nor Biden, but America’s entire identity as a constitutional democratic republic. It’s about corruption on a scale never imagined in this country. The president’s team presented a strong opening argument. They didn’t present their evidence there. That’s for later, in court. But there can no longer be any doubt it exists.

In the meantime, the executives and owner of the Canadian Dominion voting machine company have become hard to find. SmartMatic voting software originates in communist Venezuela, with close ties to Hugo Chavez and Nicolas Maduro. George Soros is in the mix along with them.

How Will They Report This?

How will the media report this? So far they’ve been irresponsible — irresponsible to the point of participating in the same corruption. Giuliani blasted them.

My goodness, what we have to go through to get you to tell the American people the truth! … Our goal is to go around the outrageous Iron Curtain of censorship, and get facts to the American people, that if you’d been a fair network, you’d have been reporting for the past two weeks. These are facts. … Our role here is to do your job for you, because you aren’t doing it.

One reporter brought up, “over 20 cases have been dismissed.” Ellis said merely, “Look at the plaintiffs.” Still angry, Giuliani told the reporter, “You’re lying.” He went on to explain that these cases were brought by private citizens, and their cases were dismissed for lack of standing.

Asked about lawyers who had run from the case, Giuliani said that person’s life had been threatened. Their family members had received death threats.

“That comes about because of the hysterical way you have covered Donald Trump and his administration,” Giuliani told the press. And, “the censorship going on by big tech is almost as dangerous as the corrupted election. Maybe even as important.” Even witnesses “don’t want to be exposed to the tender mercies of a vicious press,” he said.

Someone Has To Be First to Buck the Bias

And reporters and editors around the country are thinking, “Oh, [expletive deleted]! Busted.” Yes, they know they’re busted now. They know it’s true, and they know they’re not going to escape this one. Count on it, though: They’re still going to try. Right now you can bet news organization presidents are phoning each other, scheming how they can present a common front on this.

Maybe a network news anchor will go rogue, off script, and report this news about the very real possibility of very real evidence of massive election fraud. As if, you know,  listeners might be interested to know?  Or maybe a big-city newspaper publisher will say, “Okay, it’s over, and we’ve been wrong. We’re coming clean now.” Maybe Twitter or Facebook will quit putting conservatives in social-media jail.

Time for the Turnaround. NOW!

It’s time for a turnaround. Heaven help us, it’s years past time for a turnaround. Over and over again, a complicit press has been hiding behind “No evidence.” Will they wake up now? Will they ever? Will this do it? If not, then nothing will. As I wrote earlier this week, their censorship, their silence, and/or their dismissal of these claims so far shows that they are

not at all sure Biden belongs in the White House, yet they’re virtually moving him anyway. The media stands fully behind him, repeating and repeating (and repeating and repeating) that questions about the election are “baseless” and “without evidence.” All this is precisely the opposite of what they ought to be doing and saying if they cared about democratic processes. “Let’s do this together. Let’s see who really got the most legitimate votes.”

Time to Stop the Corruption

That applies to Joe Biden himself, too, along with Kamala Harris, Nancy Pelosi, Chuck Schumer, Adam Schiff, and the rest of the Democratic leadership. Every real leader in America must be invested in fair and free elections. Their reactions tonight will tell us what kind of leader each one of them is.

Before that, though, we need to hear from the media, and we need to hear the truth. It’s long, long, long past time for a turnaround in the bias, the censorship, the outright corruption plaguing — and here I must interrupt myself. I was going to say “plaguing the media,” but no, this plague is on you, me, and all the American people being denied the crucial democratic benefit of a truly free press.