Willie Mays, Henry Aaron, and Why You Shouldn’t Feel So Bad About Yourself 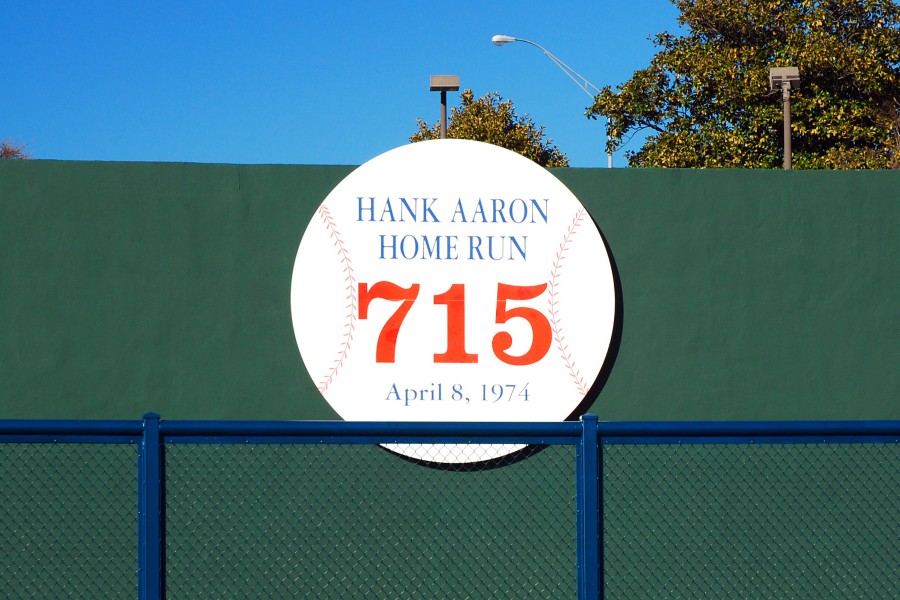 If the experts will diss Henry Aaron, they’ll diss you.

The Only Man With a Shot — Was Willie Mays

In 1966, the writer John Gregory Dunne called Willie Mays “the only man with a shot — a long shot to be sure — at the all-time record of 714 home runs set by Babe Ruth.”

The article, titled “Buck,” appeared in the Saturday Evening Post. The magazine was then one of the country’s biggest. Dunne was a biggie among magazine writers. And he understood and liked baseball. (At the moment, he’s best known as the husband of the late Joan Didion.)

I just read the article in a book I picked up for a couple bucks in a used bookseller. As a childhood Henry Aaron fan, that line really annoyed me. Aaron played most of his career ignored by people who should have known better.

As I wrote on his 85th birthday, he was always undervalued. No matter how good a year he had, the sports writers always featured other players, often that year’s sensation who returned to mediocrity the next year. His excellence year after year didn’t seem to count for much.

In 1966, he also had a chance to beat Ruth. A long shot, to be sure. But a real chance. Dunne wrote as if he didn’t exist. A major writer in a major magazine “un-personed” the man who would — just eight years later — hit more home runs than any player in baseball history.

That’s what happened. When Aaron had played fourteen seasons, he had hit 487 home runs, or almost 35 a season. At that point, he was only 21 home runs off Mays’ pace. That’s half a good season’s worth.

What had Dunne forgotten? Longevity. The possibility that a player might play well for more years than Mays did. That he might play in such a way that he extended his career.

“Henry plays it cool, by the percentages,” wrote sportswriter Jim Murray. In, as it happens, 1966. “He’ll lope to first, but he’ll shift gears and steam into second if the outfielder is loafing or bobbling the ball.” Aaron was “the greatest since DiMaggio at camouflaging effort. He makes Mays look like he’s learning the business.”

Sportswriters accused him of being lazy, often with a euphemism like “sleepy,” playing on a racist stereotype. He played efficiently and smartly. Aaron played to win, but he protected his body too.

He trotted rather than dashed to get singles hit to the outfield when he knew the runner wasn’t going to try to take second, for example. At the plate, he explained, he was entirely focused on the pitcher, whom he had studied intensely before the game, looking at how he was throwing today, what pitches, what speed, etc. He may have looked asleep, because he wasn’t moving around like other batters, but he was really more awake than a lot of his peers.

“No one asleep hits the way I do,” Aaron said at the end of his career. “They say I have no worries, no nerves. They don’t think I care, that I don’t try. They just don’t understand what’s going on out there. I didn’t become a major leaguer by accident.”

Ironically, the insight, commitment, and work that let him beat Babe Ruth were the qualities outsiders took as evidence that he wasn’t good enough. He played so well, people like Dunne seem to have forgotten he was playing at all.

Dunne shouldn’t have ignored Henry Aaron. The raw statistics gave him a shot at the record. He shouldn’t have underestimated how long he might play well. But people did that to the Great One until he got close to the record, and then they said, “Hey, wow, how’d that happen? Aaron! Whoda thought?”

Henry Aaron and Jim Murray are quoted in Bad Henry by Stan Baldwin and Jerry Jenkins.

David Mills is a senior editor of The Stream. After teaching writing in a seminary, he has been editor of Touchstone and the executive editor of First Things. His previous article was Bad Atheists Acting Like Atheists Anger Another Atheist.

What Jackie Robinson’s Heroism Says About White Fragility, and Friendship