Will the ‘Trump Effect’ Trickle Down to Christian Conservatives?

Enough with our compromise and cowardice. It’s time for courage and conviction. It’s time we led the way. 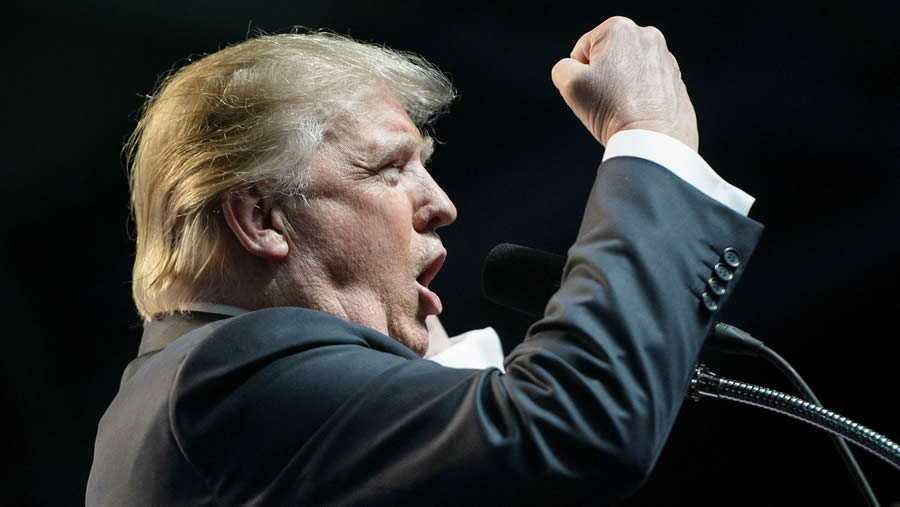 Like no one before him, Donald Trump has shaken our nation, and love him or loathe him, he has done what no one else has ever done. On his journey to the presidency, he has broken (and rewritten) the rules, he has defied the establishment, he has challenged the status quo, he has played both the bully and the victim, he has proved the pundits wrong, and he has emerged from every storm stronger than before.

Not only so, but the climate of the nation has changed (some say for better and some say for worse), to the point that what seemed inevitable just three months ago no longer seems so inevitable. Could it be that America is about to make a massive change in direction, a radical course correction?

This, to me, is an important aspect of what some are calling the “Trump effect” (often in pejorative terms; a Google search on January 12 yielded 1,160,000 for “Trump effect” in quotes): The inevitable can be challenged; the status quo can be changed; the bullies can be conquered.

Again, I’m aware that for many, President-elect Trump is the ultimate bully, hardly a model to follow, especially for followers of Jesus, and my goal here is not to call pastors and believers to emulate his tone or his style. Instead, I’m encouraging us to learn from his example that America’s course has not been inexorably set, that the seemingly impossible is very possible, that history is full of surprises, and that now is the time for fresh courage and commitment.

My goal is not to call pastors and believers to emulate Trump’s tone or his style. Instead, I’m encouraging us to learn from his example that America’s course has not been inexorably set.

The Nation Turned on a Dime

For several years now, we conservatives have been told that we have lost the culture wars, that we should throw in the towel and concede, that we should consolidate our losses and move on to non-controversial, spiritual issues, that the tide of history is set against us. And those of who refused to go along with this narrative were mocked and ridiculed, told that we represented a dying breed that was about to be replaced by an enlightened generation, mocked as unfortunate relics of a bygone age, ridiculed as an endangered species soon to be obsolete.

Now, the tide of history has shifted suddenly, with the real possibility of a complete reversal in the expected makeup of the Supreme Court (under Hillary) and the equally real possibility of a wholesale repudiation of radical liberalism. And to think that on Election Day, even into early election evening, this was the exact opposite of what was widely expected to be. The direction of the nation literally turned on a dime, and with it, the sense that anything is possible. The very rules of engagement have changed.

Again, I am not saying that we emulate the style of our president-elect (in terms of the negative aspects of his style) or that we take on the posture of bullies. Instead, I’m urging us to learn from what he has accomplished, to change our way of thinking, and to seize the day and take back the ground that has been pulled from under our feet.

Just three months ago, it appeared that Planned Parenthood would be firmly ensconced and generously funded for a generation or more. Now, the abortion giant stands on the verge of national defunding.

Just three months ago, it appeared that Roe v. Wade would not be overturned in our lifetimes or perhaps even in the lifetimes of our children. Now, talk of its possible reversal is anything but fantasy.

If a thrice-married, formerly-playboy, billionaire businessman can shake the nation, why can’t we as the Lord’s people?

Of course, we have no way of knowing how President Trump will govern and how far the Republican-led Congress will go in terms of making positive, necessary changes.

But what’s clear is this: Donald Trump, in the past more famous for hedonism than for heroics, has declared war on a sacrosanct, PC world, and it’s high time for others who call themselves overcomers and world changers and who fashion themselves to be countercultural Christians — I’m speaking about the born-again Church of America — to rise up, stand tall, and speak the truth in love.

After all, if a thrice-married, formerly-playboy, billionaire businessman can shake the nation, why can’t we as the Lord’s people — in the power of the Spirit and in the footsteps of Jesus, overcoming evil with good?

Enough with our compromise and cowardice. It’s time for courage and conviction. It’s time we led the way.