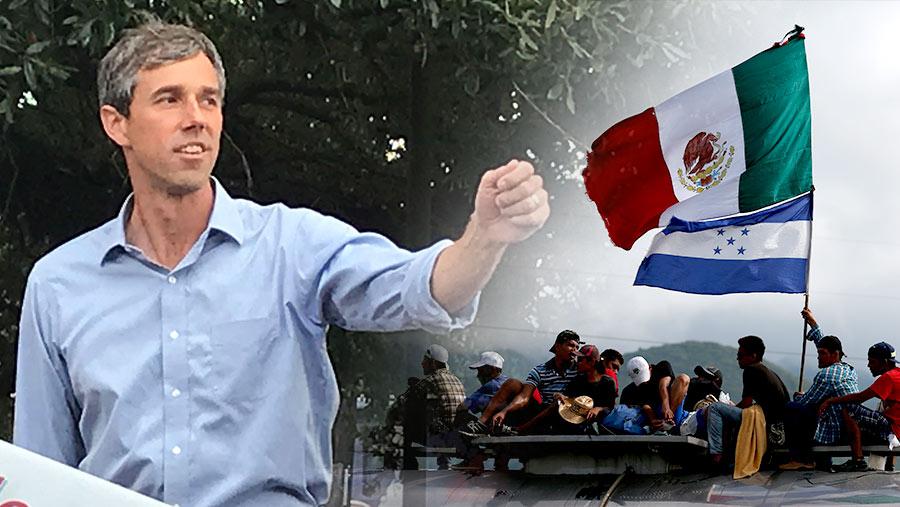 By Rachel Alexander Published on November 5, 2018 •

Last week, Project Veritas caught staffers on the campaign of Beto O’Rourke admitting wrongdoing. O’Rourke is running against Ted Cruz for Senate. The staffers said on undercover video that the campaign spent money on supplies for the caravan.

The campaign broke the law. Will the DOJ prosecute? Probably not. Why? It’s a Democratic campaign.

The Bill Moyers site explains why some election violations receive fines, but others are criminally prosecuted. “While most of campaign finance laws are enforced administratively (when they are bothered to be enforced) by the FEC with civil fines, the Department of Justice (DOJ) has concurrent criminal jurisdiction over willful violations of the campaign finance laws.”

In other words, if the DOJ wants to jump in and prosecute an election violation, it can. Or the DOJ can just leave it to the FEC to handle civilly. This is very arbitrary.

The Federal Election Campaign Act of 1971 states that campaign finance violations done knowingly and intentionally, “aggregating $25,000 or more are five-year felonies, and those that involve illegal conduit contributions and aggregate over $10,000 are two-year felonies.” Prosecutors get to decide whether the violations were done knowingly and intentionally. If they decide they weren’t, the offense is handled civilly. This can be a very arbitrary decision.

Staffers on the Beto campaign fully admitted on hidden camera that they knew they were violating the law. A lawyer for Project Veritas says the actions violate the FEC’s rules against personal use and reporting. It also violates Section 1001, making a false statement to the government.

The list of Republicans targeted by the DOJ (or similar prosecutors) continues to grow. One of the first big targets was the late Sen. Ted Stevens. Others include former Rep. Rick Renzi, former Rep. Tom DeLay, former Gov. Bob McDonnell, former Texas Gov. Rick Perry and former Utah AG John Swallow. The most recent victim is former Rep. Steve Stockman. A judge will sentence him within the next few days. He may spend the rest of his life in prison.

AG Jeff Sessions has turned out to be a disappointment. He is unwilling to rock the boat. So the DOJ prosecutors continue to run rampant targeting those on the right. Sadly, very few people stand up for those targeted. They are afraid of becoming targets themselves. Lawyers advise those prosecuted not to go public with their side of the story or face retaliation.

After I wrote about Stockman, and published a defense of him on my website, the prosecution used it against him in the sentencing memo. They said Stockman showed no remorse. They said he made “baseless accusations of bias.” Stockman didn’t even write the article. A witness for the prosecution who changed his mind after the trial wrote it. He decided Stockman was innocent.

The DOJ is currently prosecuting Rep. Duncan Hunter (R-Calif.) for the same thing the Beto campaign did: diverting campaign funds for another purpose. I will be shocked if the DOJ actually gives the Beto campaign the same criminal treatment.