Will Rosie O’Donnell Serve Time Like Dinesh D’Souza Did? 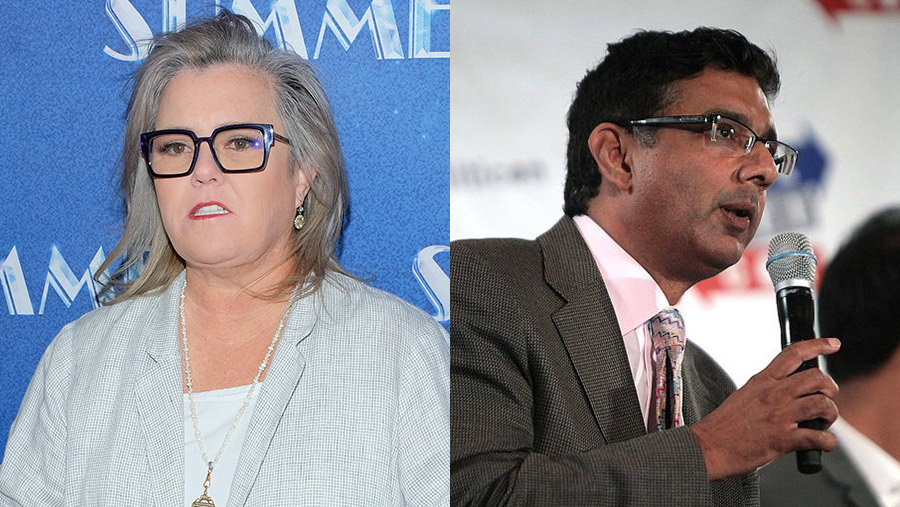 The New York Post caught leftist activist and comedian Rosie O’Donnell contributing $5400 over the legal limit to five Democratic political candidates. Conservative author and filmmaker Dinesh D’Souza did something like this during the 2012 election cycle. And he went to jail. Will lefty Rosie?

What the FEC Can Do

Federal Election Commission rules limit contributions to federal candidates to $2,700 per election. Donors can max that out in a primary race, then max it out again during a general election for the same candidate. O’Donnell contributed more than $2,700 each to five candidates during the primary race.

The FEC can punish the offense with large fines. It can also let a donor move an excess donation from a primary race into the general election or let the candidate give it back. It doesn’t have to impose the full amount of the fines, and it certainly does not have to criminally prosecute the donor.

Back in 2012, D’Souza asked two friends and their spouses to contribute $10,000 each to a congressional campaign, then he reimbursed them. Prosecutors chose to bring charges against him, and he ended up pleading guilty to the felony of making illegal contributions in the names of others. The court sentenced him to eight months in a halfway house, five years probation and a $30,000 fine.

O’Donnell will likely get away with the five improper contributions. In contrast, D’Souza was prosecuted by U.S. Attorney Preet Bharara, a former staff member to Democratic Sen. Chuck Schumer of New York. And an Obama appointee. U.S. District Court Judge Richard Berman, a Clinton appointee, sentenced D’Souza. Trump fired Bharara. But Berman is still on the bench.

Prosecutors didn’t need to bring charges against him. Especially not felony charges. Left-leaning Harvard Law Professor Alan Dershowitz said at the time, “I can’t help but think that [Mr. D’Souza’s] politics have something to do with it. … It smacks of selective prosecution.” Dershowitz told Newsmax, “This is clearly a case of selective prosecution for one of the most common things done during elections, which is to get people to raise money for you. If they went after everyone who did this, there would be no room in jails for murderers.”

Former U.S. Attorney Joe DiGenova observed that the prosecution was unusual considering it involved a single donation made by an individual with no criminal record.

Former FEC commissioner David Mason told Newsmax that the prosecution must show beyond a reasonable doubt that D’Souza broke the law “knowingly and willfully.” Campaign finance law is complex, and the average person who is not an attorney or working on campaigns might not have known this was against the law. D’Souza said he was unaware it was a campaign violation. I am a former county elections attorney, who worked on several campaigns, and I wasn’t even aware it was against the law until D’Souza’s prosecution.

Four Republican senators wrote to then-FBI Director James Comey and accused the Obama administration of using the DOJ to take down a prominent critic. The Washington Times noted that in contrast, Obama’s 2008 presidential campaign failed to disclose millions of dollars in contributions and missed deadlines for refunding millions in excess contributions. Yet the courts fined it only $375,000 and never prosecuted anyone for felonies.

O’Donnell contributes through the liberal website ActBlue. She claims she did not know she had exceeded campaign finance limits.

She did it to feel better, she told the Post. To feel better about Donald Trump being president. “My anxiety is quelled by donating to those opposing trump [and] his agenda — especially at night — when most of these were placed.” She assumes either ActBlue or the candidates will keep her from giving too much.

Then why did she use four different versions of her name and five different residential addresses?

Why is Andrew Cuomo Killing Patients in Nursing Homes?