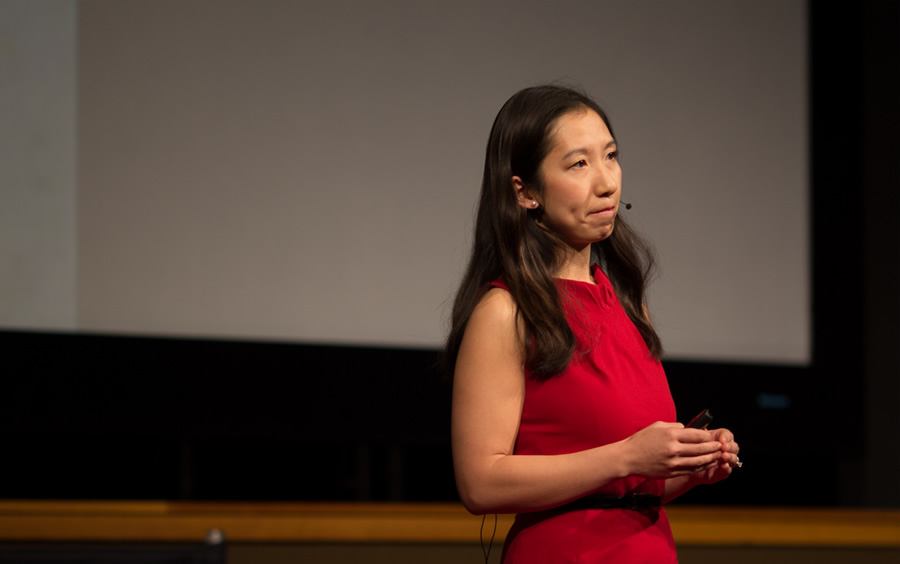 In the intrigue and spin following the shocking dismissal of Planned Parenthood’s president, Leana Wen, not enough attention has been given to the thoughtful and apolitical statements following her miscarriage just a few short days before. Has the loss of her preborn child birthed in Dr. Wen a deeper empathy for women and a new respect for the dignity of the child in the womb?

There is no doubt that the timing is odd. Dr. Leana Wen, hired and fired as head of a worldwide organization, all in a single year. She alleges that the decision was made during a shadowy gathering. Wen’s tweet reads, “I just learned that the @PPFA Board ended my employment at a secret meeting. We were engaged in good faith negotiations about my departure based on philosophical differences over the direction and future of Planned Parenthood. My statement to come shortly.”

There’s debate about why exactly Wen got sacked. Some claim she wasn’t aggressive or political enough. Other sources argue that Wen refused to engage in “trans-inclusive” language (i.e. “pregnant men,”) for fear it would alienate Midwesterners. She allegedly did not want too much focus on abortion, either. Wen, herself, cites differences in philosophy in her official statement:

I believe that the best way to protect abortion care is to be clear that it is not a political issue but a health care one, and that we can expand support for reproductive rights by finding common ground with the large majority of Americans who understand reproductive health care as the fundamental health care that it is.

We may never know the whole story. But the stark facts remain. Wen’s removal comes on the heels of a op-ed piece she recently wrote for The Washington Post. In it, she describes how excited she was about her pregnancy. She and her husband had longed for and aimed for it over many months. Sadly, her pregnancy ended in miscarriage.

To make matters worse, she lost her baby during a business trip. The death of her unborn child was especially raw for her because it coincided with a headline to which she’d been asked to respond. It was a heart-breaking story about a pregnant woman who was indicted for possible manslaughter charges after being shot in the stomach and losing her child. Wen’s compassion was magnified because of her own loss. “As I spoke, it was hard for me to hold back my tears. How would I have felt if I were Jones — suffering severe bodily harm and mourning the loss of a potential life… ?”

Her carefully chosen words “potential life” do little to downgrade her loss. There is something more in her language that leaves the reader with a sense of Wen’s deep and personal pain. It is almost a pro-life piece. I can’t help but wonder if that was Wen’s fatal mistake. Did Planned Parenthood see what I saw? Did they wonder, “Is Leana Wen getting soft on us?”

We may never know. Not in this life. But at the Last Judgment all will be remembered and revealed, down to the last “cup of cold water,” as Our Lord promised.

Wen’s removal comes on the heels of a op-ed piece Wen recently wrote for The Washington Post. In it, she describes how excited she was about her pregnancy. She and her husband had longed for and aimed for it over many months. Sadly, her pregnancy ended in miscarriage. To make matters worse, she lost her baby during a business trip.

The idea of a possible reversal of heart  reminds me one of the movies I treasure, The Man Who Saved the World. It’s a Danish documentary released in 2014 about a man named  Stanislav Petrov, a former lieutenant colonel of the Soviet Air Defence Forces. The film depicts Petrov’s role in single-handedly preventing the 1983 Soviet nuclear false alarm incident from leading to a nuclear war.

During NATO defense exercises that Soviet generals already thought a prelude to Ronald Reagan launching a war to rollback Communism, Russian nuclear commanders received a high-level alert. It told them that U.S. missiles, hundreds of them, were flying toward Soviet cities. The long-dreaded “first strike” attack was finally happening. The whole rigid Soviet war machine sprung into action — just as similar machines had barreled ahead in 1914 in St. Petersburg and Berlin, making the First World War impossible to stop. It was all about to happen, all over again, but on a planetary scale.

Petrov proved to be the domino that simply refused to fall. He recalled, decades later, how he just could not bring himself to make the call that would start the nuclear strikes. As he told NPR:

There was no rule about how long we were allowed to think before we reported a strike. … But we knew that every second of procrastination took away valuable time, that the Soviet Union’s military and political leadership needed to be informed without delay. All I had to do was to reach for the phone; to raise the direct line to our top commanders — but I couldn’t move. I felt like I was sitting on a hot frying pan.

A Russian Cancer Patient Helped Save Us All

He didn’t go through with it. Russian Officer Stanislav Petrov saved the world. And what made that possible? Before he died he recalled what he believed really motivated him then: the empathy birthed in him by caring for his sick wife who was dying of cancer. Nursing her in her suffering, day after day, made him unable to inflict mass death on unseen millions of people just like her.

There is something about loss and death that bring into focus what is truly valuable and precious: life, and empathy. After suffering, this is a common response. In fact, the pro-life movement is a movement knit together of many people like this. Our ranks are filled with those who suffered the loss of a child in the womb. Our children’s deaths have brought about a passionate and deeply-felt need to protect women and children from abortion.

The Pro-Life Movement Is Fueled by Loss

I too, was ambushed by the culture of death when I was just a 17-year-old boy. My girlfriend’s father forced her to have an abortion when she was six months pregnant. I wanted desperately to fulfill my role as a father. But that was cruelly snatched from me. My little daughter’s death was a life-changing event. It threw me into the melee which is the culture of war, albeit a just, defensive war. I went door-to-door after that trying to save the world from abortion. I would have shouted it from the rooftops, too. And I haven’t stopped since.

My loss changed me. Petrov’s loss changed him. And Leana Wen’s loss certainly changed her too. We don’t know how, and perhaps she will never say. It might be wishful thinking to believe that her miscarriage provoked deep self-reflection, and left her unfit to lead the lethal war machine that is Planned Parenthood. But it might just be true. If so, will she have the courage to bring this conception to term? Will she be the next Abby Johnson, and turn on this vast and lethal organization? Will she prove to be the woman who saved the world?