And will that be good or bad? 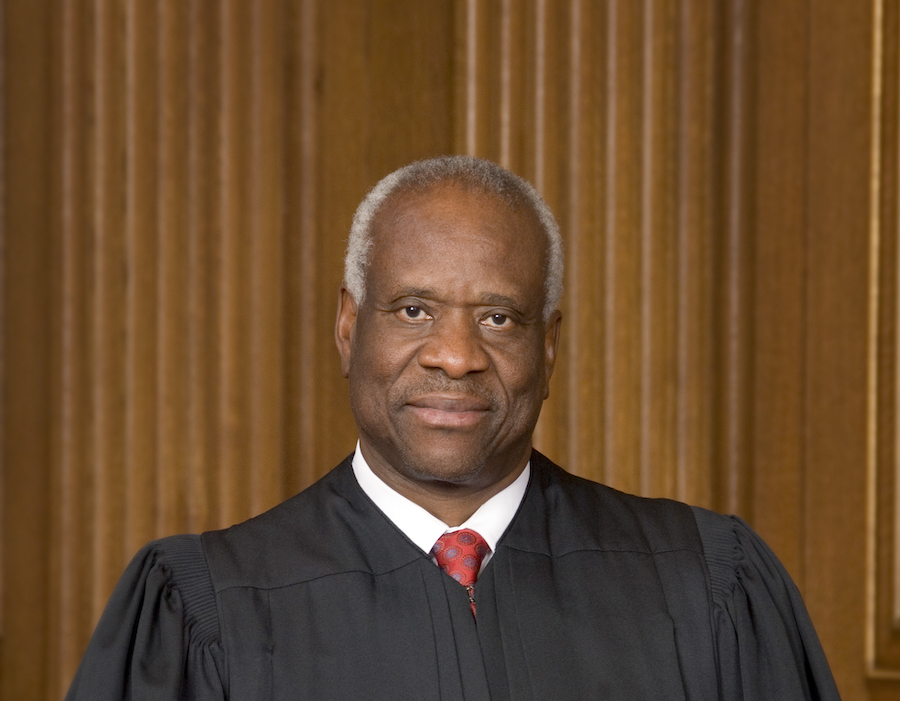 Will Supreme Court justice Clarence Thomas retire before the next election? Should he retire? Liberal writer Jeffrey Toobin has written a compelling piece in The New Yorker laying out the conservative case for him to retire soon.

It comes down to this. For the next two years, a GOP president and sufficient GOP numbers in the Senate (53) will easily get a replacement on the right confirmed. After that, the chances of the Senate approving a conservative drop. The party can’t count on holding the presidency or maintaining its Senate majority after the next election. Philip Wegman, writing for the Washington Examiner, ironically observes of Thomas, “His country needs him too much for him to stick around and risk everything on the politicking skills of Senate Republicans.”

Toobin notes that Thomas has made no secret he doesn’t enjoy the job much. But “according to his friends, he feels an obligation to continue doing the job for as long as he is able, regardless of the political implications of his departure.”

But if Thomas sticks around until the next election, he may end up like Ruth Bader Ginsburg.

Does His Country Needs Him to Quit or Stay?

At 85-years-old and in poor health, she’s won’t retire because the other party is in power. Everything she’s fought for as a justice might disappear if she retires while Trump can appoint her successor. And one of her three liberal liberal peers, Stephen Breyer, is 80.

For more on Justice Thomas, see: Rachel Alexander on what his close friend says about him

Philip Wegman on the way Thomas transformed the Supreme Court

Ken Macintyre on the justice speaking his mind

At age 70, Thomas is the oldest justice of the five justices on the right. Samuel Alito is 68, John Roberts 64, Brett Kavanaugh 54, and Neil Gorsuch 51. Appointed by George Bush in 1991, he has served on the court for 28 years. That puts him in the top 20 percent of longest-serving justices.

If he’s going to help the Republicans hold the seat, he would likely need to retire by the end of this year, since 2020 is an election year. Retiring then would run into Senate Majority Leader Mitch McConnell’s “Merrick Garland” rule. McConnell refused to bring up President Obama’s SCOTUS pick for a confirmation hearing in 2016 because it was the last year Obama was in office.

Of course, McConnell could break his own rule. But that might not sit well with voters. Even some GOP senators might defect over it.

If Thomas retires now, there are probably not any black judges on the right eligible to replace him. Longtime favorite Janice Rogers Brown is 69 years old. That is only a year younger than Thomas. Trump might instead replace him with the first female conservative on the court, Amy Coney Barrett, a 47-year-old judge on the Seventh Circuit. She appears to be more to the right than Trump’s first two appointees, Justices Neil Gorsuch and Brett Kavanaugh.

Or he might replace him with Indian-American, Amul Thapar, age 49, which would be a first for the court. Thapar sits on the Sixth Circuit.

To Keep His Legacy Going

Thomas is the justice furthest to the right on the Supreme Court. He’s by far the most open in basing his reading of the Constitution on natural law. For years, he and the late Antonin Scalia (my two favorite justices for many years) maintained a strong originalist position on interpreting the Constitution. They gave less importance to precedent, instead preferring to get back to what the writers of the Constitution intended it to mean.

The newer conservative justices on the court have not been as strong on originalism. They give more weight to precedent, including recent precedent. Both Gorsuch and Kavanaugh claim to hold a high view of Roe v. Wade, for example. When asked in his confirmation hearing if he affirmed Roe‘s holding that the fetus is not a person, Gorsuch responded, “That’s the law of the land. I accept the law of the land, senator, yes.”

While it may be wise for Thomas to retire now, people don’t want to see him leave.

There are two arguments conservatives can make. One group will argue that in order to ensure that his right-leaning legacy on the Court continues, he would be wise to resign soon. He would want to let the president put up a staunch conservative to replace him now than risk a brutal fight later.

Other conservatives will argue that he should remain on the court as long as possible precisely because his type of conservatism and his wisdom are so invaluable. Then there’s the risk. No one knows who the president might appoint. And the way a justice will rule once appointed can’t be predicted. The justice who succeeded Thomas if he retires might prove to be “moderate” or a liberal. Remember what happened with Bush appointee Justice David Souter, who turned out to be a liberal?

It’s commonly thought that Ginsburg will be the next justice to leave the court, due to her age and health problems. But she shows no sign of retiring, and after a brief health absence in January is back on the bench. She says she will serve on the court as long as she is able. At 85, could she outlast Trump’s presidency, letting a Democrat possibly appoint her successor? That’s a possibility conservatives have to consider, especially if Trump loses in 2020.

While it may be politically wise for Thomas to retire now, many people don’t want to see him leave. He’s one of the most revered justices on the court by those on the right. And what if his replacement turns out to be a conservative, but one more like Chief Justice John Roberts, Gorsuch or Kavanaugh? All three were supposed to be very conservative, but have sided with the left sometimes on decisions.