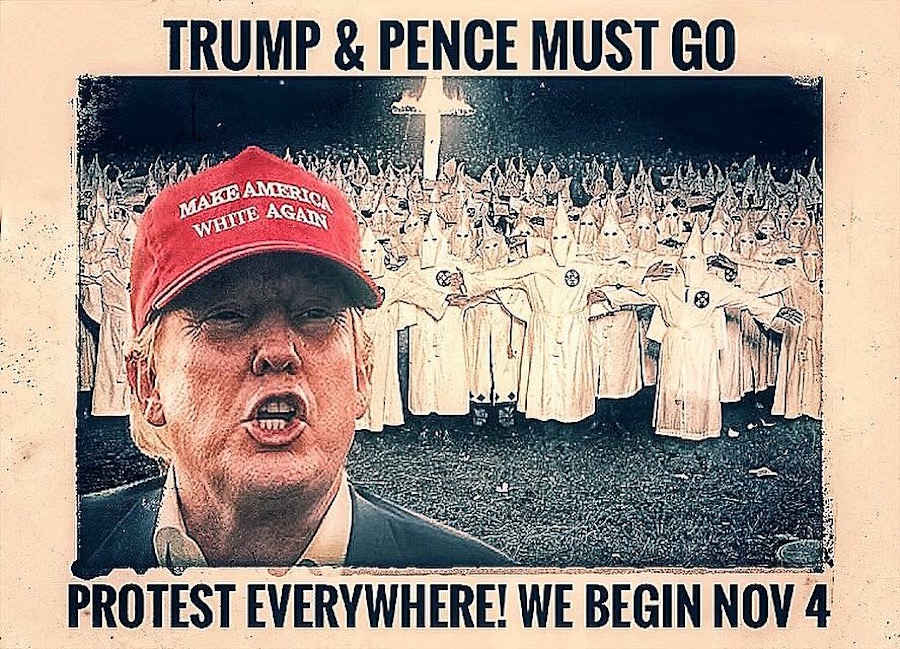 There are genuine racists out there. By that I mean people who sinfully disfavor other human beings because of their racial or ethnic background, to the point of treating them unjustly. That latter part is key. You’re not being a racist by any rational standard if ethnic preferences direct whom you date. Nor even if they play an unconscious part in the social circles you form.

Without being exclusive, people of each major ethnic group in America tend to “cluster” together. That’s harmless, as long as everyone abides by a common standard of justice preached by the Church and enforced by the State. If you’re going to condemn that, you must denounce Italian-American clubs. And Chinese cultural centers. And historically black churches. Nobody has a presumptive right to be your close friend, boyfriend, or paisano. That’s not how humanity works. And where there’s no injustice, we have no grounds to condemn people.

But Pointing Fingers Is Fun. And Profitable!

Of course, we’re fallen creatures mired in sin. So we love to condemn our neighbor. Our Anglo-Saxon ancestors had to write “the presumption of innocence” into Common Law precisely because it doesn’t come naturally to us. Pointing fingers is a power move, especially nowadays where “victim” status is the royal road to privilege and promotion. It also feels good. Think of how fantastic the Pharisee in Jesus’ parable felt when he “thanked” the Lord that he was not a sinner like other men. That’s how progressive Christians feel when they gather under their hemp rainbow flags and mutter about “racist,” “homophobic” “rednecks” at the more orthodox church down the street. Or angle to get some conservative pastor fired for trumped-up charges of “racism.”

Think of how dangerous false charges of racism can be in treacherous arenas such as office politics, where people will step on each other’s heads to get ahead. Even worse, public charges of racism repeated by the media can destroy people. A CNN commentator fantasized on Twitter about “smashing the face” of pro-life teen Nick Sandmann based on a false montage of video clips.

Millions of Americans wanted Kyle Rittenhouse to go to prison, without even knowing the facts of his case. (He shot white Communists and a pedophile rapist who were trying to murder him.)

Mobs called for the innocent Army veteran Jake Gardner to go to prison for defending himself, and the government tried to oblige them. The harassment continued and worsened until Gardner killed himself.

Want to Really Destroy Someone? Here’s How

In each case, the media had flagged these people, falsely, as white racists. How many good cops get falsely accused of racism when they use deadly force to arrest people of color who’d preyed (as typically happens) on other people of color?

It’s not just reckless but dangerous to make false charges that could get someone persecuted by the government, or wreck his career, or keep him out of college, or get him shunned by his friends.

If it makes things easier, try this: Instead of “racist” let’s try “rapist.” Would you agree that it’s irresponsible to call someone a rapist, or a child-porn addict, based on zero evidence? What if you knew that media regularly made such groundless charges, in order to harm people whose politics didn’t match the media’s? You’d be careful repeating charges like that, and skeptical when you heard them. That is, if you’re a responsible, fair-minded follower of Christ, and not a gossipy vicious backbiter.

Justice, Not Tribalism, Must Reign

As decent human beings, much less as Christians, we must strive for the law to treat each citizen equally. That means regardless of his race, class, wealth, ethnicity or other “accidental” attributes. This is no easy thing. Our fallen nature inclines us to tribalism, sometimes according to ethnic characteristics, sometimes by religion, or along the lines of a modern ideology that serves as a shabby substitute religion.

Groups that have once been oppressed, such as black citizens in the U.S. or Irish Catholics in Belfast, will cling to tribalism longer, with some moral justification. This offers group members certain benefits, but also imposes costs. People get to feel like they’re part of a large, extended family, it’s true. They also learn to be inward-looking, suspicious of outsiders, and biased. (I’ve noticed the same phenomena among “orthodox” Catholics in America, who often practice a kind of separatism.)

Some Kinds of Equality Are Evil

Not all attributes are accidental. Someone’s status as a decorated U.S. veteran, convicted felon, native-born citizen or illegal alien is not entirely “accidental.” We grant veterans some special benefits, and impose lasting penalties on felons. A native-born citizen can run for president; an illegal alien ought to be deported. And every government in history until some five years ago recognized the fundamental, world-changing differences between men and women, and the roles that sets for them.

It’s all too easy, tempting, and cheap to pretend that the Gospel levels all differences between people, including ones rising from our choices (felon or veteran status, for instance) or essential parts of our created nature (male or female). In 2017, some 24 U.S. Catholic bishops, plus the Vatican’s Cardinal Peter Turkson, issued a crackpot leftist manifesto demanding radical equality and open borders for the U.S. One of their key claims was quite literally insane, but all too typical of where deranged “anti-racism” (really, cultural Marxism) typically leads:

Racism and all forms of human hierarchy, whether based on skin color, gender, sexual orientation, physical ability, arrest and conviction records, immigration status, religion or ethnicity are immoral.

There’s a mind-bender for you. At the time, I noted the dangerous implications of such rhetoric:

So every form of distinction we make among people is equally as evil as racism. It’s sinful to distinguish at the polling place between illegal aliens and legal voting citizens; in hiring between murderers and veterans; in seminary admissions between gay and straight men.

In fact, there are plenty on the left today who’d feel just fine with those implications. That’s how close our herd has thundered to the Gadarene cliff by the sea. Critical Race Theory is simply Marxism in blackface, a methodology for weaponizing false charges of racism to acquire money and power, and destroy institutions it considers unfriendly (such as churches).

Don’t Go to Hell for Gossip

In fact, as Christians and as fair human beings we reject false divisions, superficial differences between people, and unfair partiality in how people are treated. To assert that the Gospel demands instead an absolute, blind equality (pedophile or pedagogue, murderer or martyr) is simply to say that the Gospel is false.

So when you hear someone sling a charge of “racism” against a person, group, or institution, practice a little healthy, charitable skepticism. Remember that our elites, as they stuff themselves with billions in profit and grasp for ever more power, wield false charges of racism to discredit their critics. And petty, vicious, small people employ the most damaging claims they can to tear down the neighbors they envy. Don’t damn your own soul by committing the grave sin explicitly condemned (along with murder and adultery) in one of only ten Commandments: false witness against your neighbor.

Just think how stupid you’d feel going to Hell for that one. But you wouldn’t be alone. Thousands of reporters, academics, Woke clergymen and activists would be headed right there with you.