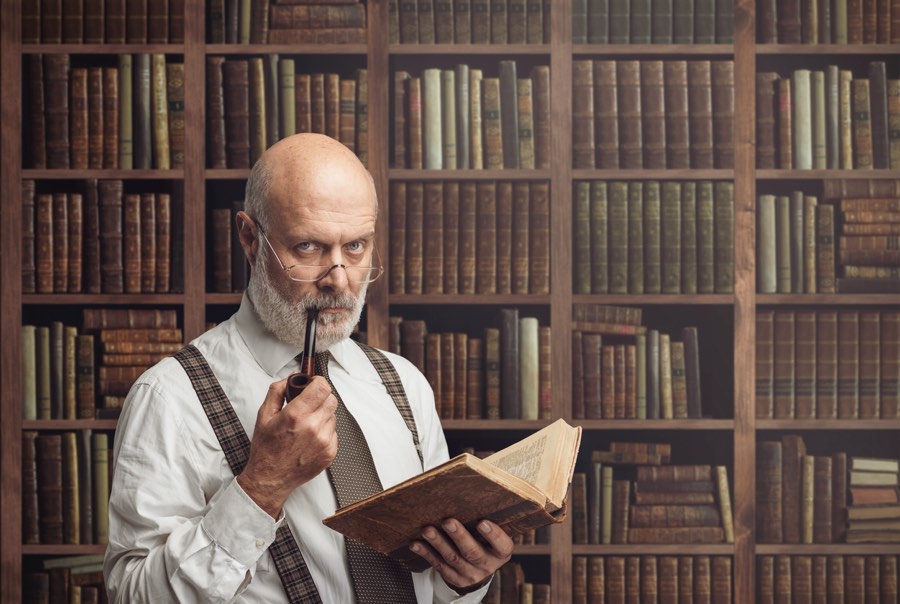 PBS ran an essay recently from Tom Nichols on why America has quit listening to experts. The question certainly fits in this coronavirus period of our history. My first thought when I read his answer, though, was, “He missed it by a mile! The reason we don’t pay ‘experts’ attention these days is because they’re arrogant, politicized, insufferable, and obviously foolish moralizers!”

Consider the latest from Harvard, the very throne of expertise, saying the state can’t trust parents to school their own children at home. Consider the psychiatrists and psychologists telling us — with no science backing them — that same-sex marriage is fine for kids, and that gender transitioning is good for kids who want it. Think of biologists telling us evolution “reveals a universe without design,” as Richard Dawkins once put it, and therefore there is no God.

We know better than to trust the experts. That was my immediate reaction. Immediate reactions are dangerous, though, and it’s even worse to spin a column off of them. Nichols has a lot more to say about the subject. He’s the author of the 2018 book The Death of Expertise: The Campaign Against Established Knowledge and Why It Matters. I bought it and read it, and it’s a good one. America really does have a problem here.

Mostly, says Nichols, the problem is with the people. I almost agree with him there.

People Problem 1: We Think We Know More Than We Know

America doesn’t listen to experts, he says, because we think we’re too smart for them. Who needs an academic scholar when we can all be Google scholars? Who needs experts’ research when we can do our own with just a couple of clicks?

Our generation has confused facts with knowledge, and knowledge with understanding. Musical expertise doesn’t come by watching The Voice, obviously. It should be just as obvious that watching talking heads on one’s favorite news network doesn’t qualify one to weigh in on finance or immigration policy. It takes real engagement over a long period of time.

If we think otherwise, we can put part of the blame on higher education. Students are clients more than scholars, says Nichols. They’ve wrangled control over grading standards, so hardly anyone gets a C anymore. Schools can’t afford to flunk them out. Students can afford to stay, however, or so they think, since Uncle Sam guarantees them easy college money. Lots of it. So they’ve come to expect only the best: food courts, rock walls, and apartment-style dorms. As for the best education, who can complain when profs assign so much less homework than they used to?

Over-schooled and under-educated, with Google at our fingertips, we’ve fallen for the foolishness of thinking we know more than we do.

People Problem 2: We Don’t Know How Little We Know

Then there’s the infamous Dunning-Kruger effect. Nichols camps on it for quite some time, and well he should; I was looking for it pages before he introduced it in his book. Dunning and Kruger’s studies (Wikipedia covers it well enough this time) demonstrated a dangerous paradox: The less a person knows about a subject, the less able he is to judge how little he knows. The result: Those who know the least often think they know the most.

I’ve got a pretty good musical ear as a trombonist, but my vocal production isn’t up to the same level: I sing out of tune sometimes, and I wince inwardly every time. People with tin ears don’t know, and often think they’re singing just fine.

“Even worse,” writes Nichols, “is that there is no way to educate or inform people who, when in doubt, will make stuff up.” I’ve run into this repeatedly with people who think they know how to construct a rational argument. They’ll insist over and over again (it’s going on right now), “That was a perfectly valid and sound argument,” when in fact it’s perfectly fallacious. And there’s no way to persuade them otherwise.

Then there’s skepticism, too, over the very possibility of expert knowledge:

Instead of arguing, experts today are supposed to accept such disagreements as, at worst, an honest difference of opinion. We are supposed to “agree to disagree,” a phrase now used indiscriminately as little more than a conversational fire extinguisher. And if we insist that not everything is a matter of opinion, that some things are right and others are wrong … well, then we’re just being jerks, apparently.

Who even needs experts when there’s no right answer, no truth of the matter?

The Problem With the Experts

Nichols lays most of the problem at the feet of the people, but not without recognizing experts fail, too. They get things honestly wrong, for starters. Sometimes, though, they commit fraud and fakery. Other times they succumb to the temptation to go beyond the science, making predictions And sometimes they speak outside their disciplines. Nichols is especially exercised over actors and actresses, experts in their field of performance, acting as medical authorities.

He’s right of course — except he seriously underestimates the extent of the problem. Richard Dawkins, the zoologist, is doing philosophy, not biology, when he says evolution proves there’s no God, and he’s doing it very badly. (He does even worse in The God Delusion. Much, much worse.) Stephen Hawking and Leonard Mlodinow are doing philosophy very poorly when they tell us in The Grand Design that philosophy is dead.

Lawrence Krauss, the cosmologist, is doing a horrible job at philosophy when he says the universe could come “from nothing” because the laws of physics (which are not nothing) say particles can pop into existence out of the quantum vacuum (which is not nothing). These are all experts in one field dabbling badly in another field to tell us there’s no God.

It gets even worse (if that’s possible) when professors turn whole universities into moralizing institutions, as if they knew more about right and wrong than the rest of us. They’ve completely discarded one of the greatest foundations of relational morality — sexual faithfulness within marriage. They’ve absolutely lost track of the home and family as the center of civil society.

In place of that they’ve set up an impossibly false and wrongheaded vision of social equality centered in the state, enforced by patently immoral restrictions of local and family freedoms. That’s how Harvard came to tell us the state can’t trust parents with their children. It’s the very kind of moral idiocy that makes many of us doubt they know anything at all.

They’ve undermined their own expertise, more than Nichols seems to recognize, by being arrogant, insufferable, politicized, moralists. Not all of them, obviously. I’m pretty sure I’d enjoy getting to know Tom Nichols himself. Who couldn’t like a man who quotes C. S. Lewis as much as he does? There are liberal experts who know how to keep it human. And there are conservative policy experts, Christian ethical experts, even athletic experts and all manner of others besides, who haven’t been taken in by the foolishness found on the left. But enough “experts” do fall for it — and arrogantly — they’ve tarred much of academia with their reputation.

It’s unfortunate because, as he so clearly reminds us, we need expertise. In a world of massive complexity — in technology, in the economy, in politics, and of course now in public health — Google scholarship isn’t good enough. We need people who know what they’re talking about, and we need to be able to trust them. If Nichols wants to build that trust, he could make a better start by helping his fellow academic elites realize they’ve got a Dunning-Kruger problem of their own. It’s in their ignorance of decent philosophy and true morality.