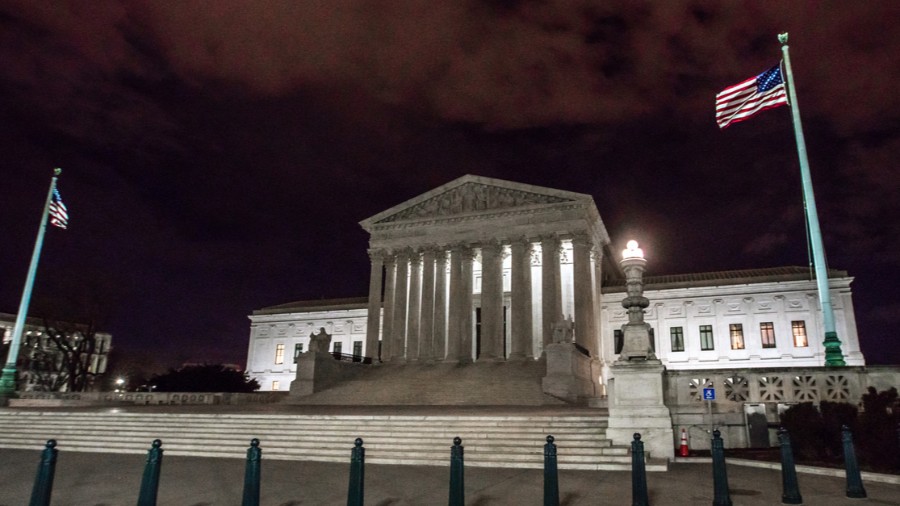 Legalized abortion has always been a medical aberration. Now we know that it is a legal aberration as well, a fact the Supreme Court’s decision in June Medical Services makes clear. Let’s begin with some background.

Abortion and “Do No Harm”

I serve as Resident Scholar for Ethics with the largest not-for-profit healthcare system in Texas and can attest personally to the passion our physicians feel every day to save lives wherever and however possible. “Do no harm” is the foundational commitment of medical care.

And yet, except in the case of threats to the mother’s life, abortion clearly violates this cardinal principle for preborn children. The fact that the Supreme Court discovered such a right to abortion in the Constitution of the United States 47 years ago makes it no less abhorrent from a medical perspective.

What God said to Jeremiah is true of every preborn person: “Before I formed you in the womb I knew you” (Jeremiah 1:5).

In Roe v. Wade, the majority ruled that the mother’s mental health, finances and right to control her own life superseded her preborn child’s right to live. Once her child is born, however, essentially moving locations from inside her body to outside it, the “do no harm” edict applies as fully to the child as to the mother. By logical extension, it should apply to the preborn child as well. In other words, for preborn children, abortion is an aberration to one of medicine’s most essential doctrines.

Now we are seeing the same in the legal context. Roe v. Wade, as Justice Clarence Thomas pointed out in his June Medical Services dissent, “created the right to abortion out of whole cloth, without a shred of support from the Constitution’s text.” As a result, he stated, “Our abortion precedents are grievously wrong and should be overruled.”

In addition to the legal status of abortion itself, the Court’s decision in June Medical Services is an aberration on its own merits.

When the Court struck down a similar Texas statute in 2016, Chief Justice Roberts dissented. However, in casting the deciding vote in June Medical Services, he voted with the four-justice liberal wing, citing Stare decisis (“to stand by things decided”) and thus claiming that the 2016 decision set a precedent he was forced to uphold.

This is perplexing in the extreme, since he earlier voted to overturn precedent in Janus v. AFSCME and Knick v. Township of Scott. In total, the Supreme Court has overturned more than three hundred of its own cases through 2018.

Legalized abortion (except to save the life of the mother) clearly contradicts foundational medical principles. It can be supported legally only by discovering mythical constitutional rights and then by upholding them in ways that are applied to no other “rights.”

What does the Court’s decision say to those of us who believe life is sacred from conception to natural death? Consider two biblical principles.

First: We should not depend on secular means to advance biblical truth.

These facts do not exempt Christians from participation in such secular processes. To the contrary, I am convinced that God is calling more Christians into public service than are answering His call. We are enjoined by Scripture to pray for secular leaders (1 Timothy 2:1–2) and to support their authority (Romans 13:1–7). We should work through the political process to encourage the appointment of judges who will uphold our values.

But we should not depend on the secular culture to embrace and advance biblical morality. As the Supreme Court ruling demonstrates, even so-called conservative justices may act in ways that are inconsistent with their perceived legal and personal values. This fact leads to a second principle:

Second: We should use our personal influence to advance biblical morality in every way we can.

Applied to the issue of abortion, this means that we should support pregnant women so fully that they do not consider abortion as an option. We should help them financially, medically and relationally. We should encourage foster care and adoption. We should be “pro-life,” not just “pro-birth.”

What God said to Jeremiah is true of every preborn person: “Before I formed you in the womb I knew you” (Jeremiah 1:5). Let’s do all we can to help every mother give every child the chance to know the God who knows them.

Let’s do all we can to help every mother give every child
the chance to know the God who knows them.

Our country was founded on the belief that “all men are created equal” and the promise of “life, liberty and the pursuit of happiness.” Let’s keep that promise for “all” people, to the glory of God.