Why the Spying King’s Eyes Were Fixed on Trump 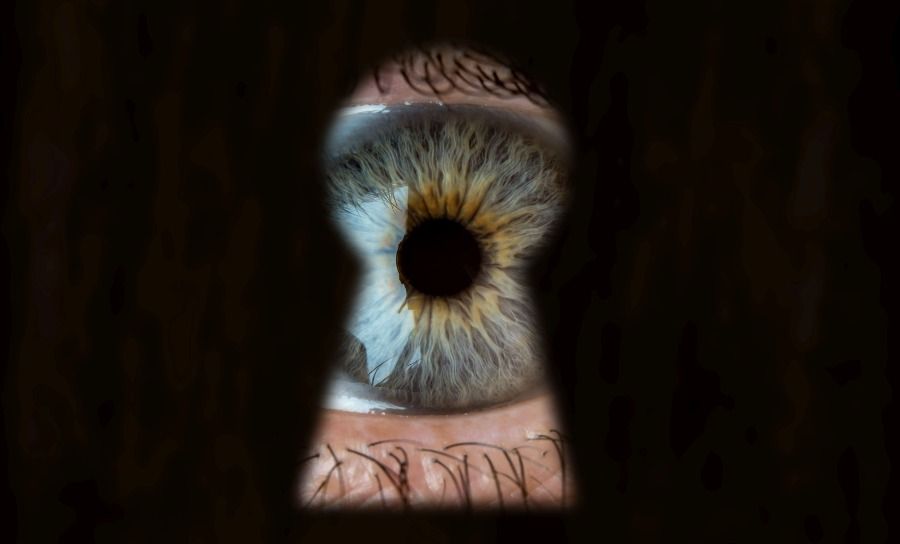 Last week, I examined how the American government unleashed the FBI, CIA and NSA on our own citizenry. Like the “King’s Eyes” of ancient Persia, these Democrat organs (with some Republican help) now spy internally. But not on everyone. Just on conservatives. And in particular, on the populist leader of the Right. For over five years, the Great Eyes of Washington have fixed their gaze on one person. Donald J. Trump.

Once again, let us draw upon the post “The Surveillance and Political Spying Operations Highlighted by John Durham are the Tip of the Iceberg.” Formerly, I unpacked this, and some other sources, to look at how the inquisitional iceberg was carved out. Now let’s investigate how that iceberg was sharpened and aimed squarely at Trump. (Here is the link to the actual filing by John Durham, Special Counsel probing the origins of the “Russia collusion” story.)

What Durham has shown most recently is that not only did Obama’s FBI spy on Presidential candidate Trump in order to prove Russia collusion, but that the 2016 Hillary Clinton campaign did so as well. And even after he had won election and was ensconced in the White House.

“Russian Collusion” Hoax the Worst Scandal in US History

This attempt to undermine a sitting American President is the worst such scandal in our history. Yes, worse than Watergate. So WHY did not only the FBI but a major Democrat politician do it? As “Tip of the Iceberg” points out, in 2014, the GOP increased its Congressional majority and retook the Senate, winning 9 seats there. This put the Republicans on the hook, along with the Democrats, for the skullduggery of the Senate Select Committee on Intelligence (SSCI). The body that had looked the other way, and even encouraged, the weaponization of the DOJ and Intelligence Community (IC) put in place under Obama.

So, “the GOP was just as much at risk as their Democrat counterparts.” Accordingly, “they knew countermeasures would need to be deployed to protect themselves from any exposure of their intelligence conduct.” Why? Because Trump was a total outsider and threatened to rip away the Great Oz’s curtain.

Making the Rules about Who Gets to See the Rules

Besides the “Russia collusion” evidence search, the IC had two other powerful arrows. Both were in the “security clearance quiver.” One consisted of classifying information and who could see it. “No one can declassify, or make public, anything [the IC] will not agree to.” Not even the President. [This needs to change, on which more in my next article.] Almost everyone who works in the government needs some level of security clearance. The more important the job, the higher the clearance. The Deep State simply refused to clear many Trump Administration appointees. And when that administration tried to go over the IC’s head, the latter leaked to the press and fought it tooth-and-nail (or, more accurately, cloak-and-dagger).

Ginning Up, Even Fabricating, Charges

But of course, as Durham is slowly unpeeling, the attempt to link Trump’s victory to some kind of help from Putin was the tip of the Democrats’ and IC’s spear. The CIA and FBI tried to manufacture claims against Trump. The former via a Maltese professor, Joseph Mifsud, working on Trump campaign worker George Papadopoulos. The latter via a British professor, Stefan Halper, trying to do the same with Carter Page. And then, of course, Obama’s FBI drummed up charges against former NSA Director and three-star General Michael Flynn. But only once he’d been named as Trump’s National Security Advisor. Flynn was probably the biggest target, next to Trump himself. Because as the former head of the National Security Agency, and a man not afraid to speak the truth, Flynn was a major threat to the King’s Eyes.

Again, to quote “Tip of the Iceberg”: It is hard to overstate “the extent to which the FBI/CIA was openly involved in constructing a political operation that eventually settled upon anyone in candidate [later, President] Donald Trump’s orbit.” The two agencies mined the no-longer-siloed information that the federal government had been amassing since the Patriot Act’s creation. They supplemented that with illegally-obtained, specific intelligence about Trump, his contacts and administration officials. And they appointed a liaison between the FBI and CIA to coordinate this coup attempt. Peter Strzok. A man whose demeanor is hostile, if not worse.

Why Julian Assange Had To Be Silenced

One other major point. “The predicate for everything in the Trump-Russia narrative was that Russia hacked the DNC servers.” The Mueller Report ultimately found no evidence of Trump colluding with that country. But it still said that the Democrat National Committee’s computers were hacked by Russia. Of course, Julian Assange stated that this was not what happened. But no one can ask him about that now. He’s currently being held in a British maximum-security prison. And the tech firm, CrowdStrike brought in by the DNC to attest to a Russian hack, admitted under oath they had no proof of Russia extracting a single email.

Jim Comey Let the Cat Out of the Bag

Finally, let’s not forget former FBI Director Jim Comey’s role. He told Congress in March 2017 that the FBI, DOJ, ODNI and CIA “had been conducting independent investigations of Donald Trump for over a year.” Without informing Congress. Specifically, the DOJ and IC are supposed to tell the “Gang of 8” about such surveillance. Who is that? The House Speaker, House Minority Leader, House Permanent Select Committee on Intelligence Chair, Ranking Minority Party member of the HPSCI, Senate Leader, Senator Minority Leader, SSCI Chair and Vice-Chair.

But the King’s Eyes did no such thing. “In essence, Team Obama usurped” Congressional oversight. And Congress, including Republican leadership, did nothing. However, Comey also stated that the White House had been informed. Which means Susan Rice, Obama’s Natsec Advisor, knew. And of course so did Obama.

The Fourth Branch of Government

As “Tip of the Iceberg” puts it so aptly, we now have a Fourth Branch of Government: the DOJ + the IC. And it is currently more powerful than the Legislative or the Judicial. Perhaps even more than the Executive. Or at least it is when a Republican is in the White House. Especially one named Trump.

Can Americans blind the King’s Eyes, or at least re-direct them toward foreign enemies — as they should be? That will be the topic of my next article. Assuming I don’t wind up sharing a cell with Julian Assange.