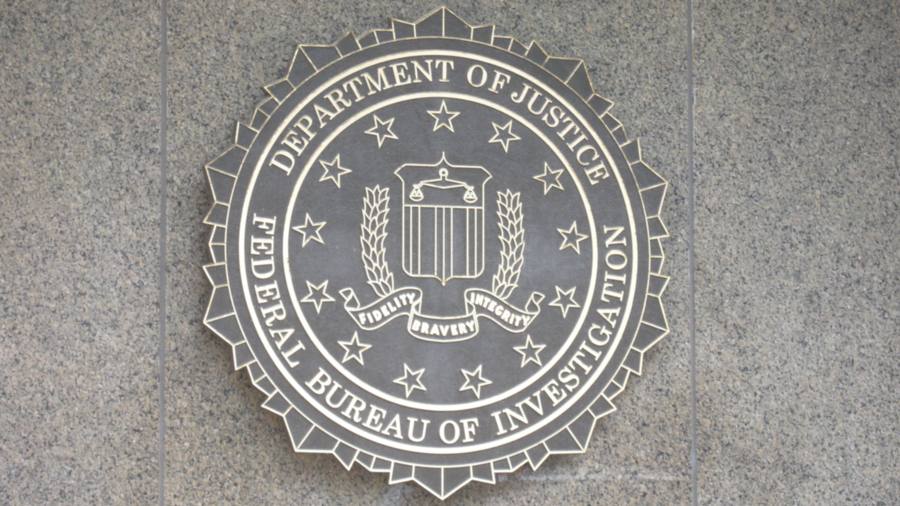 The Durham probe has revealed that America’s own security agencies spied on Donald Trump, both as a candidate and as president. New revelations highlight the role our Deep State played in disseminating the Clinton campaign deception alleging “Russia Collusion,” which all major players knew was entirely a hoax. This ought to get us thinking about how important domestic spying has been through history.

Spying may not be the oldest human profession. But it is ancient. The book of Numbers discusses the Hebrew spies sent to scout out the Promised Land, c. 1250 BC. History since then is rife with similar examples. Especially in warfare, where spying became an essential part of intelligence-gathering. Sun Tzu, the fifth-century BC Chinese strategist, has an entire section on it in his Art of War.

Internal Spying Has a Long History

But many states turned their gaze inward, as well. A few centuries after Sun Tzu, the Qin dynasty set up the Censorate. These censors not only monitored the marketplaces and public behavior. They scrutinized court officials. The first Persian empire, which invaded Greece several times, had similar officials. The “king’s eyes,” as they were known, “supervised the payment of tribute, oversaw how rebellions were suppressed, and reported evils to the king.” They were even more powerful than the governors. The Persian people’s “actions and anxieties” were liable to report — and punishment.

The Democrats re-created the king’s eyes. But these are fixed only on the right side of the populace.

When Islam came along, domestic spying took on a more religious mantle. The various caliphs employed muhtasibs, literally “accountants” of divine rewards and punishments. Enforcers of Islamic law, in other words. Several Islamic countries still use them, although the Saudi ones have been somewhat reduced in power. Of course, Marxist-Leninist dictatorships are also fond of internal spying and suppression. The Soviets and their satellites did so on a massive basis.

And Democracies Do It, Too

But monarchies and tyrannies have not been the only systems spying on their people.

After the Greek defeat of the Persians, democratic Athens set up such a spy network. Athens used “overseers,” modeled on the Persian king’s eyes. “Every town in the Athenian empire was supervised.” How? By these official snoops. They watched for insurrection, collected taxes, and reported suspicious activities. Militant Sparta was never like this. The very founders of democracy, then, engaged in a domestic inquisition.

Well, so too is America. John Zmirak, in the aforesaid article, likens the U.S. to Communist East Germany. Why? Because of a new in-depth, and depressing, analysis of our modern Mordor. “The Surveillance and Political Spying Operations Highlighted by John Durham are the Tip of the Iceberg.” Allow me to further unpack this piece, by a clear-eyed, anonymous writer at The Conservative Treehouse.

The Patriot Act Was a Bad Idea

Over the past 15 years, the Congress — mainly Democrats, but with help from key Republicans — has allowed the Justice Department and Intelligence Community (IC) to go after our own population. On what grounds? Holding traditional, conservative viewpoints. Or just criticizing government policy. And most of the American media supports this inquisition. (Case in point: WaPo recently declaimed that “freedom” is a “racist” and “white supremacist” concept.)

How did it come to this? It began with the Patriot Act, passed in the wake of the 9/11 Islamic terrorist attacks. That legislation had three legs. Expanding the definition of “terrorism.” Permitting the DOJ and IC to share data. And swelling the government’s surveillance capacities and arenas. Congressman Ron Paul tried to warn us about this act’s dangers. But he was dismissed as a crank. Turns out Paul was a prophet.

Before 9/11, federal law enforcement (mainly the FBI) and the IC (CIA, NSA, DIA) had separate “silos” of information. With the Patriot Act, those were subsumed under the Office of the Director of National Intelligence (ODNI). This was intended to prevent another 9/11. So that, for example, Middle Eastern Muslims taking flight lessons in Florida could be cross-checked against terrorist watch lists. Sounds reasonable.

All Threats, Foreign and Domestic. But Which is Which?

But this involved scanning for such potential threats within the U.S., not just in the Hindu Kush or Sudan. This gets complicated, however. Four of the worst mass shootings/terrorist attacks in America have been committed by jihadists. Omar Mateen (Orlando nightclub shootings), Syed Farook (San Bernardino slaughter), Nidal Hasan (Ft. Hood murders), and Ahmad al-Issa (Boulder killings). All, however, were American citizens. The first three were born here, while al-Issa was naturalized. They were motivated by a still-foreign ideology, fundamentalist Islam. But they were Americans. Examples such as these gave the FBI and CIA justification for surveilling Americans.

The Democrats Turn to the Dark Side

Not surprisingly, the FBI could not resist the siren lure of all that data being collected post-9/11 on Americans. Agents started delving into it. Then the Democrats won the White House and bigger majorities in Congress in 2008. This allowed Obama, Harry Reid (Senate Majority Leader) and Nancy Pelosi (House Speaker) to institutionalize the “war on terror” as a war on their political opposition. That is, on us.

Obama’s point man for this was his oily — but effective — Attorney General. Eric Holder reoriented the DOJ to downplay the Islamic threat. The new focus? “Domestic terrorism.” What kind? Anything from “antigovernment animus to racial prejudice.” Meanwhile Obama’s CIA, under the arrogant John Brennan, even spied on the Senate. While Brennan lied about it, and should have been charged with perjury.

Reining in the Intelligence Community: Too Little, Too Late

Eventually it emerged just how much data the federal government was collecting on Americans. Congress then tried to curb this, via the 2015 USA Freedom Act. But as recent revelations have shown, the CIA is still spying on citizens. Also, the government gets around our pesky Constitution’s Fourth Amendment. The one that prohibits “unreasonable searches and seizures.” How? By sub-contracting the data mining. Sometimes to foreign firms or individuals.

Still, Obama’s cronies at least pretended that jihadists were a threat. Home-grown or imported. (Although his counter-terrorism strategy refused to discuss “Islam.”) President Trump’s agenda to fight terrorism was similar, but more honest about our main enemies.

Under Biden, law enforcement and the IC are aimed entirely at Americans. Specifically, white people. Especially ones who criticize the government. “White supremacy is terrorism,” Biden claimed last year. This lunacy was spelled out in his “National Strategy for Countering Domestic Terrorism.” Domestic terrorists sport MAGA hats and/or “Don’t Tread on Me” flags. But they never carry Qurans, or BLM banners. Or try to kill mayoral candidates.

The Patriot Act was passed two decades ago. Democrats exploited it to expand their power. The DOJ and IC now share data regularly. The federal government and Big Tech cooperate in spying. And terrorism has been redefined. Entering the Capitol Building to peacefully protest a contested election is “insurrection.” (Despite no one being charged with that.) Some have even called it “treason” to say something positive about a foreign leader. Rowdiness at school board meetings is now a federal offense.

The Democrats re-created the king’s eyes. But these are fixed only on the right side of the populace. And in particular on that side’s spokesman, Donald Trump. Which is why he had to be prevented from winning a second term, as I shall explore in another article.