Why the Left Still Hates the Movie 300 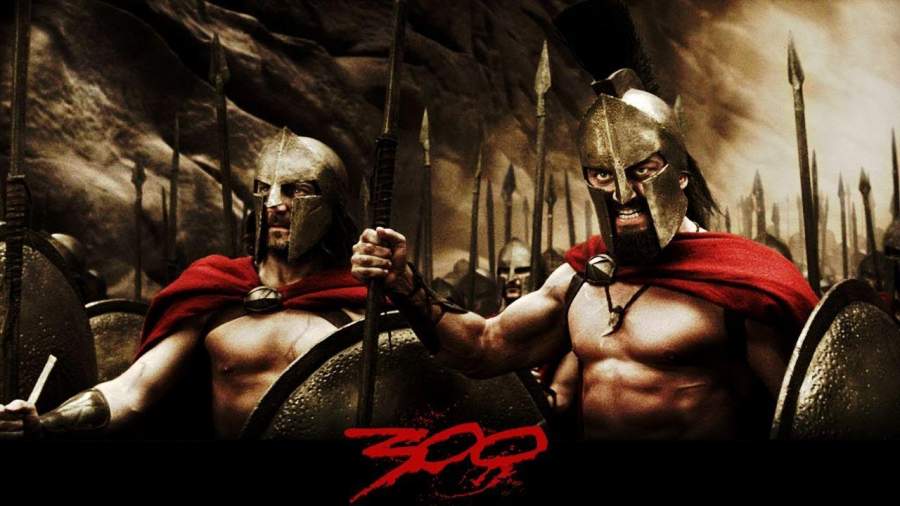 The announcement that Zack Synder’s 2006 movie 300 was going to be released in a deluxe 4K edition was barely a few days old when a critical article appeared. Margaret Lockyer huffed:

Director Zack Snyder’s 2006 period epic 300, based on the comic series by Frank Miller and Lynn Varley, is receiving a 4k release, which will no doubt reignite the controversies surrounding the film. Snyder employed green screen and staging to directly mirror the panels of the comic, resulting in stunning visuals, which were the primary focus for the positive reviews at the time. However, despite 300‘s technical and commercial success, reviews were overall mixed, with some critics singling out the film’s racist, homophobic and ableist elements.

Yes, well over a decade since it appeared, liberals still hate 300. The reason is clear. 300 tells the story of a brave but small group of soldiers who defy an overwhelming force. They fight a invading army that represents tyranny, the occult, personal coercion, and promiscuity. An army that holds that people and states are like gods who ought to be worshiped.

The Persians, led by the bejeweled and cruel Xerxes, are basically the 2020 Democratic party set in 480 B.C. Check out the trailer and see.

300 offers a fictionalized account of the legendary Battle of Thermopylae. That which took place during the second Persian invasion of Greece. Some 300 Spartan soldiers, led by King Leonidas, bottled up the Persian army for three days in a narrow coastal pass called the Hot Gates. The film’s visual style remains striking. Its dialogue’s still sharp, its story rousing. 300 may not be a masterpiece, but it is either a very good film or the best B-movie ever made.

Why All the Hate?

Why does the left hate 300 so much? Because the movie still reveals truths that they are not comfortable with. In fact, 300 is probably more relevant today than when it was released. In 2020, America is suffering at the hands of a violent, coercive elite. One that insists the people bow in tribute to neo-Marxism and critical race theory.

‘300’ is probably more relevant today than when it was released. In 2020, America is suffering at the hands of a violent, coercive elite. One that insists the people bow in tribute to neo-Marxism and critical race theory.

In the film, the Persians inform Leonidas that he must make an offering to Xerxes. And a take a knee before him. Such simple things. In 2020 all the “best” people understand that. Don’t they? Really, the the national anthem is just a few minutes long. Black Live Matter is such a crucial movement. Just ease down into a supplicant position. It’s no big deal.

Just do it. You don’t want the blowback if you don’t. Want to publish something? Just make it easy on yourself. Make sure it goes through the process to ensure compliance with those who know better. Bake that gay wedding cake, to signal that you’re not a bigot.

These are things that all right-thinking people believe. Believe them as well. Make your life easy.

Just Say “No” to Tyrants

300 is about saying no to invading tyrants and their desire to dominate you. For this the film was called fascist when it was first released. See Dana Stevens going to town in Slate:

Here are just a few of the categories that are not-so-vaguely conflated with the ‘bad’ (i.e., Persian) side in the movie: black people. Brown people. Disfigured people. Gay men (not gay in the buff, homoerotic Spartan fashion, but in the effeminate Persian style). Lesbians. Disfigured lesbians. Ten-foot-tall giants with filed teeth and lobster claws. Elephants and rhinos (filthy creatures both). The Persian commander, the god-king Xerxes (Rodrigo Santoro) is a towering, bald club fag with facial piercings, kohl-rimmed eyes, and a disturbing predilection for making people kneel before him.

Take a Knee to Xerxes?

Most fans of 300 are not seeing skin color or sexual preference in the film, but a fierce and timeless battle between freedom and totalitarianism. Xerxes’ making the defeated kneel before him is not a “predilection.” It is an act of force with powerful symbolism. It says the kneeler submits to not only Xerxes but what he represents. He kneels to slavery and occult religion based on the idea that a human being can be a god. It is an idea that has caused more problems in human history than any other. That is why Leonidas refusing to kneel is the most powerful (and one of the least violent) scenes in the movie. His words are poetic, and magnificent: “The world will know that free men stood against a tyrant, that few stood against many, and before this battle was over, even a god-king can bleed.”

Come and Take It

At its ten-year anniversary in 2017, 300 elicited, as expected. angry denouncements. Critics scolded us that King Leonidas’ helmet “is now most often seen on T-shirts, flags, and bumper stickers above the Greek words ‘ΜΟΛΩΝ ΛΑΒΕ.’” Tom Breihan wrote in the AV Club:

[That] translates to ‘come and take them,’ the Spartan king’s apocryphal, defiant response to Persian ruler Xerxes’s demand that the Greeks surrender their arms. For pro-gun advocates, molon labe has become a rallying cry of resistance to perceived government overreach.

As we skulk in our masks in locked down cities, we know there’s nothing “perceived” about it. The 4K edition of 300 will be out October 6, in time for election day.