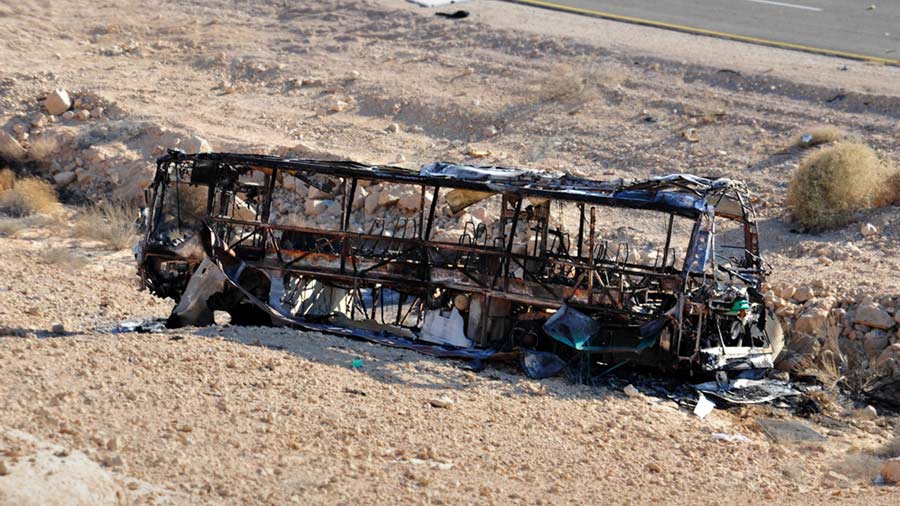 In 2010, Yale University Press published Palestine Betrayed, written by Middle East scholar Efraim Karsh and hailed by some as a landmark, groundbreaking study. Prof. Karsh makes the compelling argument that, since the early 1920s, the Arab peoples living in Palestine-Israel have been hurt, rather than helped, by their leadership, as that leadership has consistently chosen the path of violent resistance rather than peaceful coexistence.

In Karsh’s own words, “Far from being the hapless victims of a predatory Zionist assault, it was Palestinian Arab leaders who, from the early 1920s onward, and very much against the wishes of their own constituents, launched a relentless campaign to obliterate the Jewish national revival which culminated in the violent attempt to abort the U.N. partition resolution.”

This remains the case to this day, as Hamas leadership continues to prioritize the destruction of the Jewish state, to the ongoing harm of the Palestinian people. How different things could be if those leaders genuinely sought for a mutually beneficial peace agreement with Israel. It would mean thriving rather than surviving for the inhabitants of Gaza.

The first time was in 1937, when the two-state recommendation of the Peel Commission, which would have given about 17 percent of the land to the Jews and 75 percent to the Arabs, with the remaining 8 percent continuing under British rule and international supervision.

Yet the Arab leadership rejected this offer, despite how much it favored them and disfavored the Jews.

Ten years later, when the U.N. offered its two-state solution, one which was much more favorable to the Jewish people, the Arab leadership rejected it with passion, with five surrounding nations launching an all-out war on Israel the moment it declared independence in 1948.

To contrast the attitudes between the Jewish and Arab leadership, compare these quotes from 1936-1948, reflecting the sentiments of the respective leaders of these two peoples.

Amin al-Husseini said in 1936: “There is no place in Palestine for two races. The Jews left Palestine 2,000 years ago, let them go to other parts of the world, where there are wide vacant places.”

In 1937, David Ben-Gurion said, “We do not wish and do not need to expel Arabs and take their place. All our aspiration is built on the assumption – proven throughout all our activity in the Land of Israel – that there is enough room in the country for ourselves and the Arabs.”

Ten years later, October 1947, Azzam Pasha, Secretary General of the Arab League, said, “It will be a war of annihilation. It will be a momentous massacre in history that will be talked about like the massacres of the Mongols or the Crusades.”

The Jews will be utterly destroyed. That was the joint goal of the Muslim-Arab leadership at that time. Perish the thought that the Jews could have a homeland on what had become sacred, Muslim turf.

Contrast this with the calls of Ben-Gurion and Golda Meir. She said in November 1947, “We are happy and ready for what lies ahead. Our hands are extended in peace to our neighbors. Both States can live in peace with one another and cooperate for the welfare of their inhabitants.”

One month later, in December 1947, Ben-Gurion said, “If the Arab citizen will feel at home in our state . . . if the state will help him in a truthful and dedicated way to reach the economic, social, and cultural level of the Jewish community, then Arab distrust will accordingly subside and a bridge will be built to a Semitic, Jewish-Arab alliance.” (See Palestine Betrayed for documentation and background to all these quotes.)

Israel Has Signed Off on Peace, Palestinian Leaders Sign Off on Destruction

To be sure, there were warmongering Jews who were more than glad to drive the indigenous Arabs out (whether they had lived there for 20 years or for 5 centuries). And during the violence of 1947-48, both Arabs and Jews were killed in cold blood.

But, to repeat, the Jewish leadership agreed to the U.N. Partition Plan in 1947, just as most had been willing to agree to the 1937 plan, despite the tiny size of the proposed Jewish state. It was the Arab leadership which rejected both plans. The Jews had to go. If not, they would be forcefully evicted.

In a public speech, he said, “The Hour [of Resurrection] will not come until you fight the Jews. The Jew will hide behind stones or trees. Then the stones or trees will call: ‘Oh Muslim, servant of Allah, there is a Jew behind me, come and kill him.’” (And note that the Mufti is the highest religious authority of the Palestinian Authority and was appointed by President Mahmoud Abbas.)

With rhetoric like this coming from senior Islamic clerics, how can peace be achieved?

Israel Gives Away Gaza, Gets Hamas in Return

Again, I do not want to give the impression that Israel is guiltless and that all of its policies towards the Palestinians are righteous or fair or compassionate. But I do want to emphasize that the Israeli government does not have the stated goal of driving out the Palestinians, whereas driving out the Jews remains the goal of Hamas.

Looking specifically at Gaza, Israel captured the Gaza Strip as a result of war with Egypt in 1956, but returned it to Egyptian control. Israel recapturing it in the Six Day War in 1967, after which with thousands of Jews began to live and work there.

But on August 17, 2005, under pressure from the US government, Israel began to evacuate all the Jews from Gaza. It was expected to take several weeks, but took less than one. Israel and the Palestinians agreed the buildings would be razed and the army began that process after the residents left.

So, the work of decades was quickly reduced to rubble, and a total of 1,700 families were uprooted at a cost of nearly $900 million. This included 166 Israeli farmers whose annual work yielded $120 million in flowers and produce.  (See here for further background.)

It would be an understatement to say that this traumatized much of the nation, as many of these families were now housed in tent cities in Israel after being forcefully evacuated by their very own army.

Even on a practical level, it was a dramatic move, since approximately 15 percent of Israel’s agricultural exports originated in Gaza, including 60 percent of its cherry tomato and herb exports. Israel also lost 70 percent of all its organic produce, which was also grown in Gaza.

And what did Israel get in return? After a bloody, cruel civil war between Hamas and the Palestinian Authority, the people of Gaza chose Hamas as their leaders.

As a result of their triumph, more than 7,000 missiles rained down on Israel from Hamas terrorists in Gaza. And so the story continues until today.

To say it once more, I am quite aware of just criticism that can be brought against the Israeli leadership (see here, for an example that would go beyond my own viewpoint). And as a follower of Jesus, I care about the wellbeing of both the Palestinians and the Israelis.

I also realize that, with the average age of Palestinians in Gaza being just 18, a large part of the population has grown up with the misguided understanding that the Zionists are evil monsters bent on destroying them while Hamas, in their eyes, represents freedom and liberation.

To the contrary, Hamas is actually the enemy of the Palestinian people, and their policies will continue leading only to destruction and death.

Let us pray, then, for fair-minded, peace loving leaders to replace them, and may Israel, for its part, respond with fair-mindedness and peace.