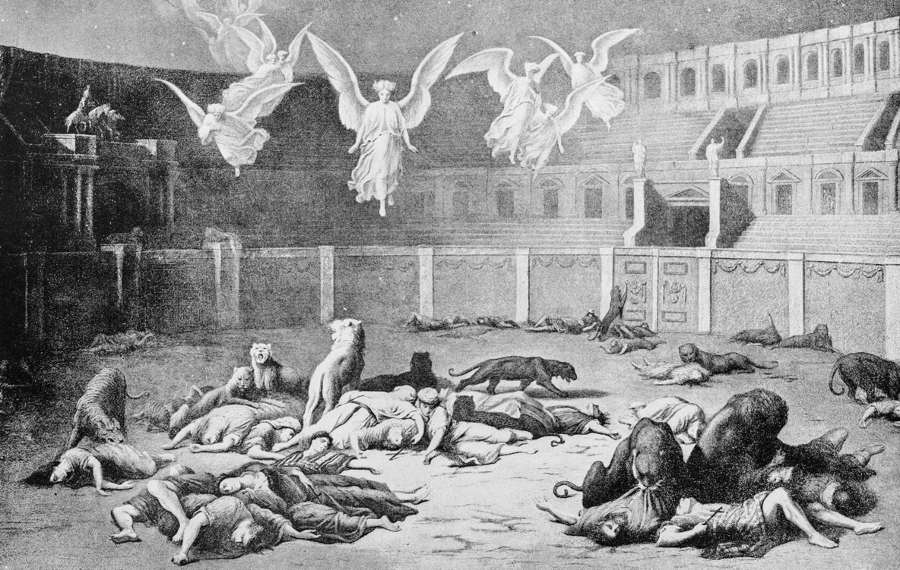 Of course, many times, this is exactly what happens when we follow Jesus. But it is hardly the heart of the gospel message — far from it — and it is contrary to reality in much of the rest of the world.

As this preacher continued, “In India we preach, ‘If you have a job and you follow Jesus, you might lose your job. If you’re married, your spouse might divorce you. If you have a family, they might abandon you.”

The logical American reaction would be, “Why, then, should I follow Jesus?”

And that, of course, helps expose the shallowness of the American gospel, one that majors on “what’s in it for me.”

In keeping with this, a Christian researcher once pointed out that, for many Americans, especially businesspeople, following Jesus sounds like a good deal. “After all,” they reason to themselves, “I get all my sins forgiven. I get heaven, guaranteed. I get my prayers answered. And I will prosper financially too. Why shouldn’t I follow Him?”

The Cost of Following Jesus

Or consider this jarring passage:

As they were walking along the road, a man said to him, “I will follow You wherever You go.” Jesus replied, “Foxes have dens and birds have nests, but the Son of Man has no place to lay his head.”

He said to another man, “Follow Me.” But he replied, “Lord, first let me go and bury my father.” Jesus said to him, “Let the dead bury their own dead, but you go and proclaim the kingdom of God.”

Still another said, “I will follow You, Lord; but first let me go back and say goodbye to my family.” Jesus replied, “No one who puts a hand to the plow and looks back is fit for service in the kingdom of God.” (Luke 9:57-62)

How radically different this is from our American gospel message, one which minors on sin and majors on self-worth. One which makes God subservient to man rather than man subservient to God. One in which the cross makes no sense at all, since we fail to realize that we were the ones who should have died, not the perfect Son of God.

Shallow Roots Lead to Falling Away

That’s why we have so many counterfeit conversions and so many pseudo-disciples.

That’s why, when the going gets tough and there is a cost associated with following Jesus, so many fall away.

As Jesus said regarding shallow (or, false) converts, “As for what was sown on rocky ground, this is the one who hears the word and immediately receives it with joy, yet he has no root in himself, but endures for a while, and when tribulation or persecution arises on account of the word, immediately he falls away” (Matthew 13:20-21).

This is a description of much of the American church today.

This also helps explain why there can be so many of us (in terms of our numbers) yet we make so little impact on the world around us.

Missing the Worth of Christ

But perhaps the greatest tragedy of all is that, when we respond to a superficial gospel, we never find out what an amazing Savior Jesus is. We never understand the meaning of grace or forgiveness or transformation or redemption. We never discover Him as the pearl of great price, as the treasure of all treasures.

As His famous parables explain:

The kingdom of heaven is like treasure hidden in a field, which a man found and covered up. Then in his joy he goes and sells all that he has and buys that field.

Again, the kingdom of heaven is like a merchant in search of fine pearls, who, on finding one pearl of great value, went and sold all that he had and bought it. (Matthew 13:44-46)

But when we recognize the depth of our guilt before a holy God, when we understand that we deserve damnation, and when we understand the extraordinary price that was paid for us — all by love! — then we come running to the cross. No sacrifice is too great, and no obedience is too hard. We owe it all to Him!

“Martyrs for the Lord”

I just started a reading a massive book telling the stories of some of the more than 250,000 martyrs in the history of the Chinese Church. At the beginning of the book is a Chinese House Church song titled “Martyrs for the Lord.”

When we can sing this as American Christians, so in love with the Lord and so indebted to Him that we will gladly live or die for Jesus, we will know that our perspective has changed.

Here are the lyrics:

From the time the church was birthed on the day of Pentecost,
The followers of the Lord have willingly sacrificed themselves.
Tens of thousands have died that the gospel might prosper.
As such they have obtained the Crown of Life.

Those apostles who loved the Lord to the end
Willingly followed the Lord down the path of suffering.
John was exiled to the lonely isle of Patmos.
Stephen was stoned to death by an angry crowd.

Matthew was stabbed to death in Persia by a mob.
Mark died as horses pulled his two legs apart.
Doctor Luke was cruelly hanged.
Peter, Philip and Simon were crucified on a cross.

Bartholomew was skinned alive by the heathen.
Thomas died in India as five horses pulled his body apart.
The Apostle James was beheaded by King Herod.
Little James was cut in half by a sharp saw.

James the brother of the Lord was stoned to death.
Judas was tied to a pillar and shot by arrows.
Matthias had his head cut off in Jerusalem.
Paul was a martyr under Emperor Nero.

I am willing to take up the cross and go forward,
To follow the apostles down the road of sacrifice,
That tens of thousands of precious souls can be saved.
I am willing to leave all and be a martyr for the Lord.

May that become the confession of American Christians too.

How the Churches in India are Responding to the COVID Calamity