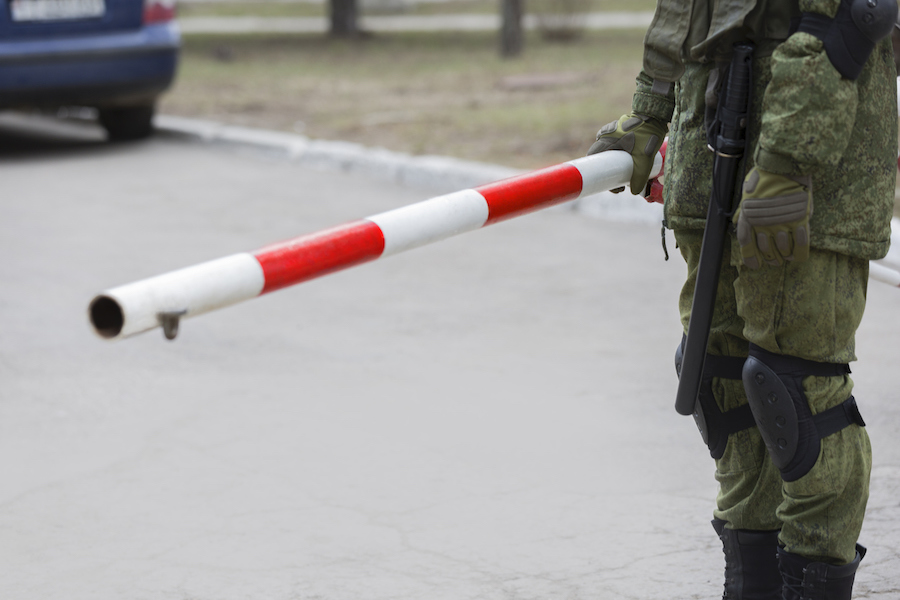 President Trump hasn’t ordered a stay-at-home lockdown across the country. Some of his critics blame him for that. They claim that he’s making the crisis worse and raising the death toll by not doing it. Critics say that having one policy everywhere, rather than leaving it up to states, localities, businesses and individuals, would save lives.

But his own expert, Dr. Anthony Fauci, disagrees. “I don’t understand why that’s not happening,” he told CNN. “The tension between federally mandated versus states’ rights to do what they want is something I don’t want to get into. But if you look at what is going on in this country, I don’t understand why we’re not doing that. We really should be.”

Why doesn’t the president do what his medical advisor says? Trump’s 30-day guidelines merely tell those with risk factors, like those who are older or sick, and those exposed to a positive COVID-19 case to stay at home.

Nine states under Republican governors have not implemented aggressive responses to the coronavirus. “States are different,” Trump explained last week. “I understand that Florida issued one today. That’s good. That’s great. There are some states that don’t have much of a problem. … You have to give a little bit of flexibility.”

He knows every one of those governors, he said, and “they’re doing a great job. They’re being very, very successful with what they’re doing. And, as you know, I want governors to be running things. In some cases, we’ll supersede.”

Let’s look at what a national lockdown would mean. New York would have the same level of lockdown as Arkansas — even though their situations are drastically different. South Dakota Governor Kristi Noem said, “South Dakota is not New York City.”

Respect for the governors wasn’t Trump’s only reason. He also had a legal reason. He can’t do what his critics want him to do. “We have a thing called the Constitution, which I cherish, number one,” he said.

Trump probably doesn’t have the legal authority. The federal government doesn’t have authority to lockdown or quarantine the population, said Ilya Shapiro, director of the Robert A. Levy Center for Constitutional Studies at the Cato Institute.

States do. The Tenth Amendment states that powers not specifically assigned to the federal government belong to the states. Shapiro said governors have broad authority to restrict movement within their states. “The president could shut down airports and ports and the interstate system potentially and things like that.” He has no general authority to restrict citizens as they go about their daily lives.

If the president doesn’t have authority to quarantine Americans, could he take more drastic action? Could he declare martial law? Various states have declared martial law 70 times. But the last declaration came in 1966. States declared martial law in response to violent civil unrest and often to break strikes on behalf of business interests.

The federal government has declared martial law a few times. Once was during the Civil Rights Movement in response to the Cambridge riot of 1963. Another instance took place in Nauvoo, Illinois, during the Illinois Mormon War.

During WWII, the government declared martial law in Hawaii. In that case, President Franklin D. Roosevelt obtained Congress’s approval. But the Supreme Court limited it afterward. It overturned the convictions of citizens who had been tried by a military court.

Legal scholars are divided on whether Trump has inherent authority under the Constitution to declare martial law, or whether he needs congressional authorization. Joseph Nunn at The Hill observes, “The Supreme Court has addressed martial law in only a handful of cases and has offered little clear guidance about where the authority to declare it comes from.”

The Supreme Court has understood the Constitution naming the president as “commander in chief” as giving him authority to declare martial law. Similarly, it gives Congress the authority to use state militias to “suppress insurrections and repel Invasions.”

Congress has also placed limits on martial law. The Posse Comitatus Act of 1878 prohibits federal troops from participating in domestic law enforcement activities, such as arrests and detentions, unless authorized by a federal statute or the Constitution. It does not ban them from all domestic activity, such as disaster relief.

But unless there is something drastic such as violence and looting, Trump probably doesn’t have the authority to declare martial law. The cases where the courts have agreed with martial law generally involved violence. Or, if there was violence, the president could deploy federal troops to a state under the Insurrection Act. George W. Bush used it to stop the rioting occurring in Los Angeles after the Rodney King verdict.

Congress passed the National Emergencies Act in 1976, which placed limits on the president’s ability to declare an emergency. The Constitution contains several provisions giving the president emergency powers. They allow the president to skip some of the steps in taking actions. For example, the president can get Congress to authorize suspending consideration of writs of habeas corpus “when in cases of rebellion or invasion the public safety may require it.”

It has proven rather toothless. The number of emergency declarations continues to increase.

Trump has issued one over the coronavirus pandemic. It frees the government from some of the usual constraints. It allows the government to spend additional funds, including giving aid state and local governments. This emergency declaration also allows it to  temporarily lower legal barriers to certain actions. But it does not appear to authorize something as drastic as a national lockdown.

Trump has aggressively taken efforts to combat the pandemic. He shut down air travel from China in spite of Democrats claiming it was xenophobic. He then shut down travel from Europe. If he tries to go any further and declare a national lockdown, the ACLU will have him in court immediately.