Why Is It Big News When a Christian Rocker Loses His Faith? 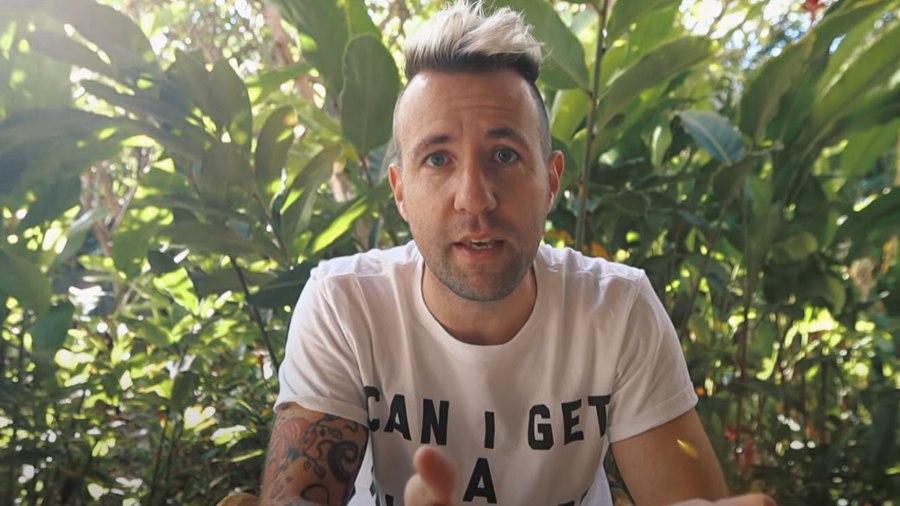 It would be one thing if a famous pastor renounced his faith or if a greatly loved worship leader said she no longer believed. I could understand why this would be big news, and I could understand why the secular media would pick up on it. But why is it big news when the son of a pastor and the frontman for a not-super-famous Christian rock and pop group renounces his faith? Could it be that the world would rather celebrate unbelief than faith?

As I tweeted on May 27, “I was saddened to hear the news about the frontman of a Christian rock band saying he no longer believes in God. But if the media reported stories of unbelieving rockers being radically converted to the Lord, there would be an endless line of God-glorifying stories in the news.”

To be sure, it really is sad to hear about a brother or sister losing faith.

And to the extent that person had a public platform, it is even sadder because of the potential negative impact on others.

Why Is This the Headline Story on Some Major News Outlets?

At the same time, my first question upon hearing this report was, “Who is Jon Steingard and why is this the headline story on some major news outlets?”

This doesn’t mean that Jon’s story is not important. To the contrary, it is hard not to feel for him as you read his Instagram announcement. Can you imagine how difficult it is to get up in front of a crowd and sing and perform when you are doubting the very words you are singing? Can you relate to the conflict he must have felt?

I’ve been terrified to post this for a while – but it feels like it’s time for me to be honest. I hope this is not the end of the conversation, but the beginning. I hope this is encouraging to people who might feel the same but are as afraid to speak as I am. I want to be open. I want to be transparent with you all – and also open to having my heart changed in the future. I am not looking for a debate at all – just a chance to share my story in the hopes some good can come from it. I love you all.

And it is good to see that the members of his band, Hawk Nelson, men who worked with Jon for two decades, are expressing kindness and compassion rather than rejection. As they said, “One of our best friends, one with whom we have walked, worked and lived alongside for 20-plus years revealed some of his innermost feelings on his faith journey this past week.” They expressed nothing but unconditional love.

As for Jon, if his foundations were weak, I hope he builds strong ones in the future. Or if he truly was a strong believer who lost his faith, I pray that God will bring him back, but this time, with an even deeper encounter with the Spirit and the Word.

Either way, I do not sit here as his judge and critic. Instead, I pray for his full restoration.

Why Isn’t Coming to the Faith Big News?

But that is not the focus of this article. Instead, my goal is to point out how the media makes this into a major headline while barely reporting on the countless rock singers and musicians (and other non-Christian artists) who have radical, life-changing, born-again experiences. Why isn’t that big news?

Of course, if you’re on the level of a Kanye West and you experience a very-public conversion, you will be in the news. But again, with all respect to Jon and Hawk Nelson, who seem to be very talented and who have a YouTube video with almost 20 million views, Jon is not Kanye.

Yet on a regular basis, people from every walk of life are encountering God, including atheists and agnostics, rockers and rappers, yet we hardly hear of their stories. Why?

Someone might say, “But we do hear about their stories. If you read Christian magazines and frequent Christian websites, you’ll read such testimonies all the time. You can even watch them on YouTube channels like I Am Second.”

Of course, I am quite aware of this. You can even watch specialized channels that focus on particular types of testimonies, like One for Israel, with a focus on Jewish believers in Jesus.

Have You Heard About the Record Numbers Online Church Service Views?

In the same way, the secular media, in particular the left-leaning media, is all too happy to report about declining numbers in church attendance and national religious faith. But it’s rare that you will hear reports about things like the increased numbers of people tuning in to Christian meetings on the internet during the shutdown. Why is that?

Bad news about God and faith is often good news for the secular media.

Did you see similar headlines on the major, secular news sites? I seriously doubt it.

That’s because bad news about God and faith is often good news for the secular media.

Let’s make it our responsibility, then, to share the good news about what God is doing in America and the nations, building faith, hope, and confidence rather than tearing it down.

And let’s pray for Jon and those like him. We know that he is not alone. We also know that many a prodigal has found his or her way back home.