Why Integralism Is False: A Primer for Puzzled Catholics and Friendly Onlookers 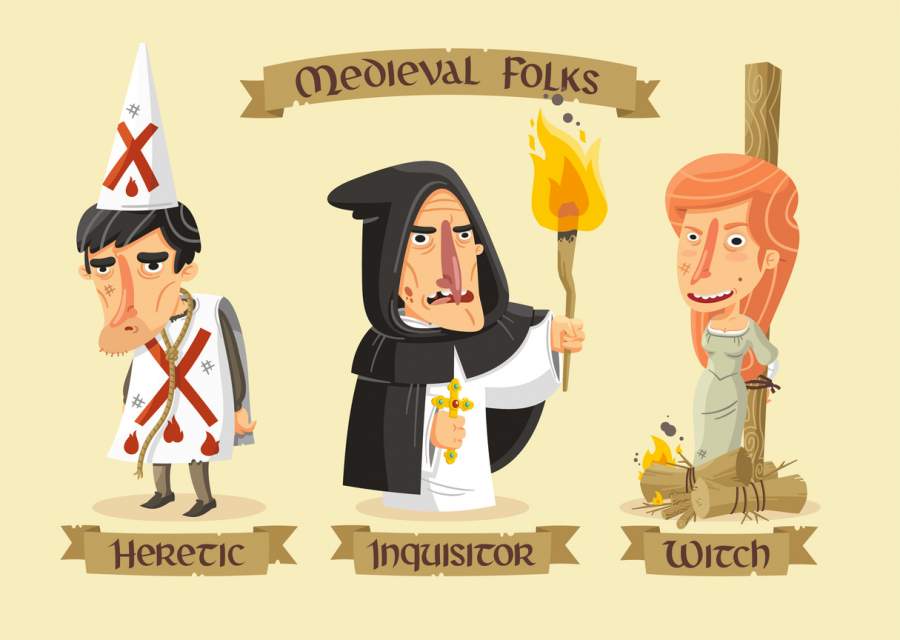 I was thunderstruck when I saw that some Catholic Integralists were speaking at the second conference on National Conservatism. That conference is meant to encourage a nationalist, America First revival of patriotic activism. If there’s one thing that’s truly American, it’s religious freedom.

But Catholic Integralists want to give local Catholic bishops the power to ban Protestant services, restrict evangelism, and even compel attendance by “all the baptized” at weekly Catholic Mass. (No, I’m not making this up. I don’t have that vivid an imagination, folks.) Some Integralists wish to encourage even more mass immigration from Latin America, to boost the otherwise dwindling Catholic population. (Four out of ten Catholics baptized in the U.S. leave the church, never to return. So does a high percentage of … immigrants from Latin America.)

A Strategy from Hell

If Screwtape, sitting in his corner office, wished to ensure that the godless left and its Woke cult prevails, he couldn’t come up with a better means than Integralism to shatter the pro-life, pro-family movement. To vindicate the claims of the LGBTQMYNAMEISLEGION movement that resistance to its demands leads to theocracy. To alienate the most active people in resisting Caesar, Mammon, and Sodom — because most of those effective activists are … Protestants.

Sorry, friends. We Catholics are mostly too busy begging our bishops for religious exemption letters from the Dead Baby Vaccine that the pope demands we inject. And trying to preserve our traditional liturgies from bishops and a pope who want to suppress them. And hunting down sex abusers among the clergy. Even when it comes to Supreme Court appointees, we aren’t sending our best.

When a Priest Calls to Ask About Doctrine

The other night I got a late night phone call that opens like a joke. A priest, a banker, and a filmmaker walk out of an Opus Dei retreat. And they start talking about the rise of Catholic Integralism. So one of them suggests they call John Zmirak … . Yep, that happened.

They put me on speaker, and told me that some of the better seminarians they know are “on fire” on the subject of Integralism. Would I mind explaining to the priest what I thought about it?

Of course not. You could wake me up at 4 in the morning and I could go on national radio and talk about this cogently. Below I’ll reproduce as best I can our dialog.

Father X: I don’t know that much about Integralism, so how would you define it?

John Zmirak: It’s a system that hopes to ground public law not on individual rights, or the Natural Law, but on Divine Revelation. In that sense it’s a lot like sharia, and that’s why I call it “Catholic Sharia.” Also, to irritate people. But that’s a spiritual issue.

Father X: And you’re saying that’s wrong? Why would it be?

Okay, let’s start at the other end. You’d agree that it’s completely reasonable for us to say that abortion is evil and should be illegal, correct?

But why is it obvious? Because we can know by honest, unaided reason that the child is alive, human, and innocent. So killing him is wrong. You don’t need faith, or some epiphany from heaven, to see that. Any honest person should be able to see it. For that reason, it ought to be part of public law, backed by the coercive power — the prisons and bayonets — of the State.

Let’s go to the other end of the spectrum. Most Catholics believe that the Virgin Mary appeared at Fatima and delivered messages to children for the benefit of mankind. Included in those messages were warnings about the evil effects of women dressing “immodestly.” Now, would it be reasonable for the State to take those warnings from heaven, and enact them into law? Should we force women — Catholic, Protestant, pagan — to dress more modestly, based on the Virgin Mary’s message?

Exactly. But why would you say that? Because believing in a heavenly message from Mary doesn’t proceed from the clear conclusions of reason. You can’t expect it from a Jewish citizen, for instance. Or even from a Protestant citizen, who doesn’t believe that Jesus’ mother talks to Portuguese children from heaven. To force such citizens to act on something you can’t demonstrate to them is reasonable isn’t reasonable. It’s tyranny, in fact. Furthermore, if you gave bishops like Cardinal McCarrick police powers, they’d just use them to arrest for heresy the reporters digging into their sex abuse and coverups. 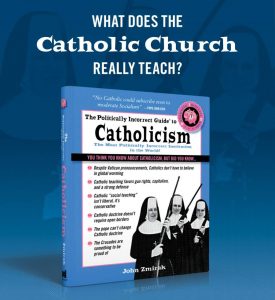 Father X: But what about public revelation, such as the Trinity, the divinity of Christ? That’s binding on all Christians.

It is, and God will hold us answerable. But should the State? You cannot demonstrate the central mysteries of faith based on reason alone. Apologetics just tries to remove rational barriers, not implant the virtue of Faith in someone’s heart. That is what we called an “infused” virtue, which only the Holy Spirit can grant someone. You or I cannot know whether any given person has in fact received such a grace. So it’s unreasonable for the State to demand that people act on it. That’s why it’s wrong to compel people, even baptized ones, to repeat a particular creed or attend our church’s services. We cannot know whether they have been given the grace from God to believe in those things. So it’s tyrannical to force them.

Father X: But the separation of Church and State, Enlightenment “Liberalism,” has landed us where we are now. With same sex marriage, transgenderism, abortion on demand … . Wasn’t America founded on a shallow creed of individual rights, ungrounded in any profound metaphysics?

The perversion of the American founding, which really kicked in with court decisions between the 1940s and 1960s, is the culprit here. As Mark David Hall shows in his book, the American founders were something like 90% Calvinists. There were just a few Deists and one Catholic in the mix. When those people talked about “Nature’s God” and Natural Law, they meant the real thing. That is, the Natural Law which goes all the way back to Aquinas, the Stoics, and Aristotle. We can legislate on any issue where we can show a strong Natural Law case that something either helps or hinders human flourishing. Within due limits for prudence, liberty, and sanity, of course. Impure thoughts violate the Natural Law, but we don’t want the government monitoring our thoughts. We just want to ban pornography.

Remember, Father, in every single country where the Catholic church wielded political power, the churches are empty. People came to see the church as a branch of the government, like the post office or the DMV. They got out as soon as they could, and mostly haven’t gone back. In the long run, Integralism just scandalizes people, makes the Faith seem like a political ideology. And it attracts to the clergy people who crave the exercise of power — instead of genuine apostles.

Father X: Why do you think there’s such a strong surge of interest in Integralism, then, if it’s so unreasonable?

It tracks completely with the papacy of Pope Francis. This movement popped up around 2013. I wrote the first article criticizing it, before it even had a name. I think Catholics are reacting to the vacuum, the black hole of leadership, at the top. This sort of thing has happened before, among Muslims. They used to have a kind of papal authority, in the form of the Caliphate. The Caliph was the highest global authority for Sunni Muslims. He alone could issue authoritative fatwas (encyclicals), declare jihad, etc.

In the early 1920s, the Turkish government abolished the Caliphate. That caused a crisis for some Muslims. So Islamists in Egypt formed the Muslim Brotherhood. They claimed that Muslims had strayed by accepting religious freedom, education for women, and other tenets of Western “liberalism.” They were going to step up and fill the gap created by the vanished Caliphate.

Well, as Pope Francis has demolished the authority of the papacy, some Catholic laymen have stepped up and done the same thing. They’ve created a movement that promises to fill the gap, to replace in people’s minds and hearts an untrustworthy pope with a trustworthy movement. What’s more, it’s one that trades in fantasies of Catholics as powerful, even all-powerful, dictating to society. Instead of, you know, giving Holy Communion to Joe Biden and subsisting on federal contracts to process immigrants. It’s like a little boy whose dad abandoned the family. So the boy gets completely obsessed with Iron Man. It’s sad.

It’s also easy. Instead of fighting like mad against the evils we face today, cheer on the collapse of our country and fantasize about the future Utopia you’ll build among the ruins. That’s where escapism morphs into a kind of active nihilism. Not a good look for the Mystical Body of Christ, Father, I think you’ll agree.