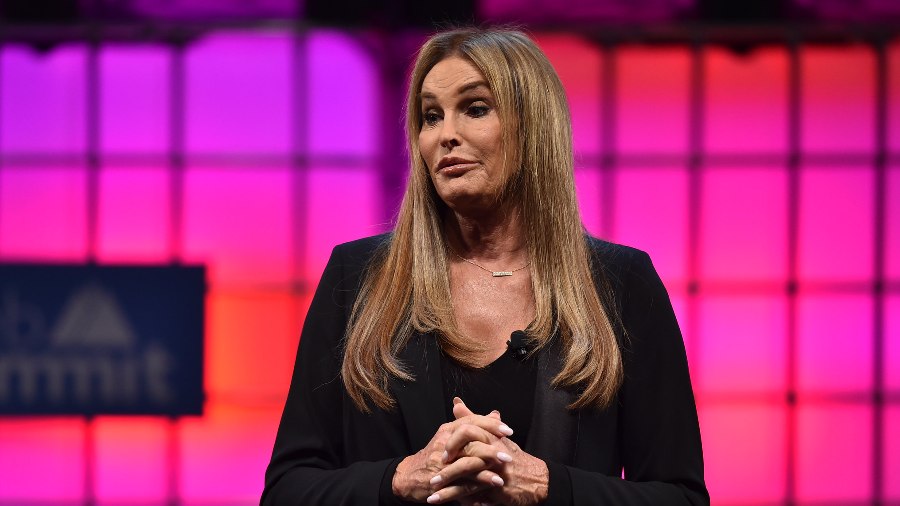 I don’t know if you’ve ever watched movies that try to make us sympathize with conmen, such as The Grifters. One thing they do to make us take sides with lifestyle liars and thieves is to demonize their victims. The filmmakers portray some greedy, dopey “mark” who is himself dishonest, but also “too dumb to live.” They make him so obnoxious that we kind of want to see him get ripped off. Then we do, and at once we’re living inside the conman’s head, even rooting for him.

Some Republicans really do seem to be that kind of “mark,” who almost deserve to get relieved of their cash, their pride, and their pretensions. In fact, let me just say it: Any Republican who wants to see Bruce Jenner (playing “Kaitlyn”) get elected as Governor of California fits that description. He sees an obvious con (known as the “Grifting RINO”), which countless Republicans like him have fallen for dozens of times. But his greed gets the better of him, and he signs on with the con man, agreeing to buy the Golden Gate Bridge.

Remember Governor Schwarzenegger? How’d that Work Out for Us?

Seriously, people. Just how much good did it do us to have “Republican” Arnold Schwarzenegger take over California? By “us” I mean pro-life, pro-family patriots trying to fight for our freedom. The socially liberal Chamber of Commerce types seeking only lower taxes can pick up move to Davos for all I care. Or get taxed out of existence by the votes of the low-wage immigrants they imported. They deserve it.

Californians got a few years of slightly less reckless financial governance of their far-left, profoundly dysfunctional state. And the GOP got a highly placed, pro-choice, pro-LGBT RINO who tapdanced across the MSM on President Trump’s head. Tell me, do the Democrats nominate pro-life, pro-family moderates to run in conservative states, in the hope of getting a term here and there, so they can make a few fiscal tweaks? Not anymore. They prefer having a coherent party and platform. They know that this is how you get and keep power.

But Bruce Jenner as governor would be infinitely worse than Ahnuld, for the party, the Church, and our country. Here’s why: The transgender madness is the single greatest threat we face today. While it doesn’t pile up dead babies like abortion, it threatens our freedom of speech and religion. Its devotees, like castrated priests of Cybele, try to spread mental illness among our children. They use the law, our schools, and the medical profession to convince temporarily confused young teens to sterilize and mutilate themselves. In Canada, a dad is now facing prison time for refusing to use false pronouns to his own child at home. Lie or go to prison. That has a nice 1930s feel to it, doesn’t it?

The Prodigal Son for Roman Governor

I don’t take any relish in casting stones at tortured souls. But when they’re unrepentant, in fact intent on luring others down the same path to destruction, to the point of running for public office, we need to overcome misguided compassion. If the Prodigal Son, before his money ran out or he’d repented, had run for Roman Governor of Judea, I wouldn’t have told the Zealot Party to back him. Neither would Jesus have done so.

Think about what a Bruce Jenner win would mean for our resistance to tyrannical transgender laws that tear apart families, destroy women’s sports, fill women’s prisons with male rapists, and encourage self-mutilation. Suddenly one of the highest officials in the only resistance party we have left, the GOP, would be a member of that sexual minority. Expressing our views wouldn’t just be “hate speech” in the eyes of the left. It would be bad manners on the right. You’d essentially have to insult a high-ranking Republican public official to tell the truth.

And if you know Republicans as I do, you realize that they’d stop us from doing so. Just as CPAC banned Mass Resistance as “extremist” for opposing the LGBT machine, the RINOs who run our party would quash pro-family activists on the trans question. You know, the way Gov. Kristi Noem just did in deep-red South Dakota. And most of the folks in our party would shrug and put up with it. “It’s only good manners,” they’d mutter to themselves as security dragged out all those “rude” Christians from public events in handcuffs.

We should all declare ourselves definitively “NeverJenner.” I mean to the point of if need be supporting whatever Democrat runs against him. The LGBT machine wants to silence us, humiliate us, intimidate us, and force us to call evil “good.” They’d love to take away our last, ramshackle avenue — the one-eyed GOP — for any moral defense against this onslaught. They’d leave us a voiceless and helpless as … Tories who want to return the US to rule by the Queen of England. RINOs who’d do that to us aren’t just opponents, like the Democrats. They are our enemies, within.

Let Bruce Jenner go seek attention somewhere else. Maybe he can decide next to change his race and run for mayor of Detroit.