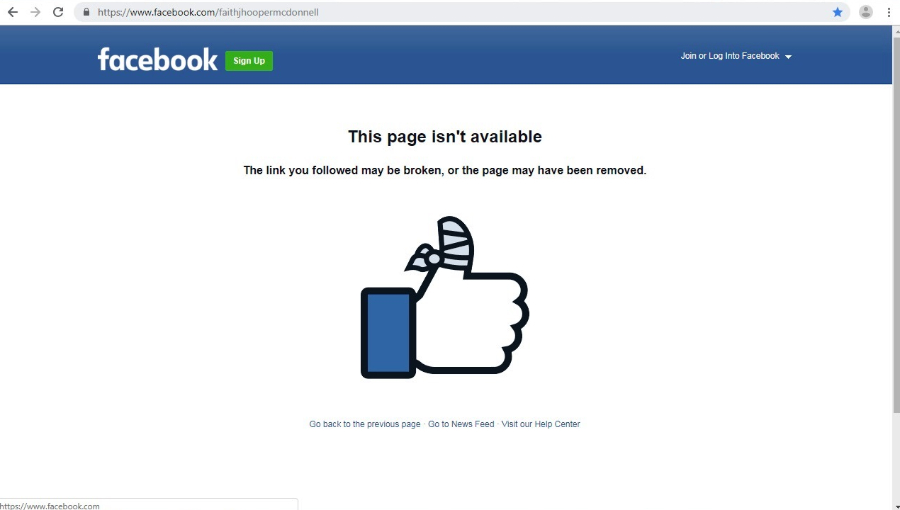 Why does Facebook treat gays unfairly? Why does it put them in a special class, telling them they must remain gay even if they want to change? Why does Facebook suppress the stories of those who have changed — and are much happier for it — rather than give them the space to choose for themselves?

You might say, “Are you crazy? You have this all wrong. Facebook is standing with the gay community, protecting them from hate speech and exposing ‘conversion therapy’ as dangerous. That’s why Facebook has removed the pages of so-called ‘ex-gay’ organizations.”

Of course, I’m quite aware that Facebook is acting in cooperation with LGBTQ leaders. That’s been an open secret for years.

But there is no question that Facebook is doing a disservice to that very community. They’re censoring the stories of those who once identified as LGBTQ but do so no longer. On what possible grounds should their pages be removed? This is unethical and unfair.

God forbid. Everyone I know in the ex-gay movement would join me in saying, “Never!”

Rather, what we’re talking about is that, “Facebook recently shut down Restored Hope Network’s (RHN) entire page, removing the organization’s presence from the social media platform.”

Facebook openly discriminates against these individuals, saying in effect, “We will stand in the way of you getting the help that you desire. As for those who have been helped, we will block you from telling your stories.”

And what, exactly, is RHN? It is “a coalition of ministries, therapists and pastors who offer Christian help, support and healing for those struggling with unwanted homosexual and transgender desires, actions and identities. They also provide information and support for churches, friends and family members on these difficult topics.”

That’s it. And that’s what Facebook has censored and shut down. Why?

I know the leaders of RHN. I have worked with RHN. And I can vouch for the accuracy of this description.

They help the countless thousands of people who do struggle with same-sex attraction and gender-identity confusion. The people who say, “I really don’t want to be gay (or trans).”

Offering Prayer and Counseling to Those Who Want Change

They force nothing on anyone. They use no coercive methods. They simply offer prayer and counseling to those who want help.

Yet Facebook openly discriminates against these individuals. They say in effect, “We will stand in the way of you getting the help that you desire. As for those who have been helped, we will block you from telling your stories.”

I ask again: On what grounds? Based on what Facebook community guidelines?

Johnston explains that, “For years [RHN] has had a presence on Facebook. The ministry shared articles and videos about people walking away from homosexuality and gender confusion. Posts would give details about upcoming conferences and workshops for those caught in conflict between their sexual feelings and their biblical faith.”

Yet Facebook felt the need to remove this page. What an absolute travesty. And what open and overt discrimination against a specific group of people.

As noted by Anne Paulk, the executive director of RHN, in a press release, “Facebook’s actions are a chilling example of viewpoint discrimination.”

She added, “Facebook is deciding they have the authority to silence the stories of those of us whose lives have changed. Their dismissive action — canceling our page as if it never existed, leaving a vague ‘the link may be broken’ message in its place — is shameful. Not even extending us the courtesy of a notification, a chance to offer our side of the very politicized story, is unconscionable.”

What is Conversion Therapy? A Misleading Term That Does Not Describe Counseling

And what about RHN’s promotion of “conversion therapy”? Hasn’t that been proven to be destructive, let alone totally unhelpful? Isn’t Facebook simply protecting gays against harm?

The RHN press release sets the record straight, noting, “The removal of the page stems from Facebook’s aggressive efforts to support the bans on so-called ‘conversion therapy.’ The problem: Conversion therapy doesn’t exist.”

As Paulk explains, “It is a deliberately and misleadingly provocative term coined by the LGBTQ activist community that does not describe any type of actual counseling assistance offered to men and women who struggle with same-sex attraction.”

So much for Facebook protecting unsuspecting gays from evil conversion therapy.

Stories of Change Undermine the Foundation of LGBTQ Activism

That cat has long been out of the bag, as ex-gay and ex-trans testimonies are becoming increasingly common. (For a representative sampling, see here and here.) Yet it is these very testimonies that undermine the entire foundation of LGBTQ activism, namely, that sexual orientation or gender identity is the same as race or ethnicity, thereby making LGBTQ “rights” equal to civil rights. But if people can change, that foundation no longer exists.

It is these very testimonies that undermine the entire foundation of LGBTQ activism, namely, that sexual orientation or gender identity is the same as race or ethnicity, thereby making LGBTQ “rights” equal to civil rights.

To be sure, it’s important that everyone receives equal treatment under the law and that we all seek to work against anti-LGBTQ bullying. It’s also important to recognize that there are millions of gay and trans-identified people who say that they are enjoying their lives and are glad to be gay, lesbian, bisexual or transgender. And there is no denying that others have tried to change and failed in the process, adding to their depression and discouragement.

There is also no denying that, right now, there is an 18-year-old girl who feels like a boy trapped in a female body, and she would like nothing more than to be at home in her body as a girl. She doesn’t look forward to the prospect of a mastectomy or sterility or a lifetime of hormones. (See here for an important, related study.) It is cruel for Facebook to shut down the very pages that could offer her real hope.

And there is no denying that, right now, there is a 40-year-old man who has been married for 15 years and has three lovely children with his wife, yet he secretly struggles with same-sex attractions. Facebook discriminates against him when it bans the pages of others like him who found transformation and wholeness. Why take away his hope? Why make it more difficult for him to hear from others who have been changed?

It is one of the great ironies of LGBTQ activism that, in the name of diversity, it suppresses all opposing viewpoints and in the name of tolerance is utterly intolerant. That alone should indicate how flimsy and insecure their ideological foundation actually is.

One of the best ways that you can fight back against this Facebook discrimination is to encourage everyone you know to watch a powerful new documentary that will be released for free viewing on Oct. 20. It is called In His Image, and not only does it offer solid biblical teaching, it shares some very powerful ex-gay and ex-trans stories.

People today could certainly use all the hope they can get. That includes the LGBTQ community.