Why Did Kyle Go to Kenosha? 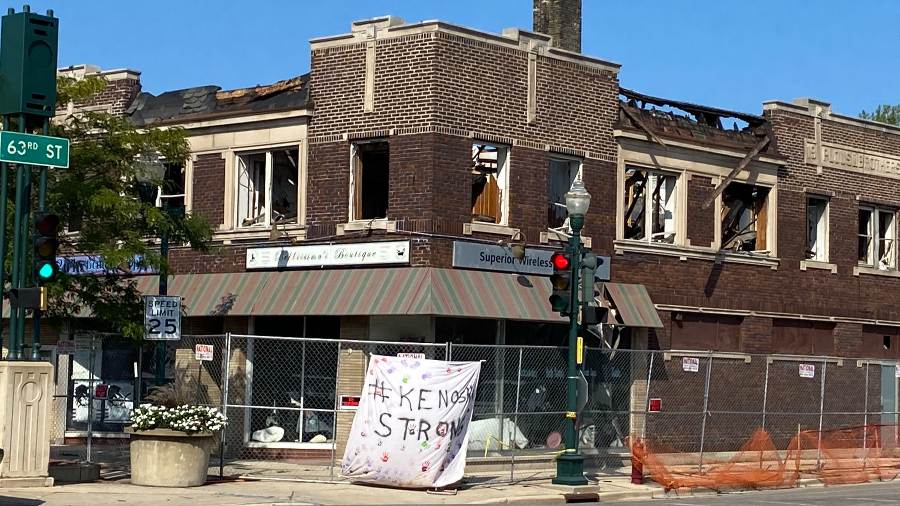 We set up our sound system on the ground floor of an outdoor mall in New Delhi, India. I was nervous. Team leaders had liked the talks they’d heard me give, and it looked like I might get a chance to share my faith publicly again. But something seemed wrong. Tension, even hostility, could be read on the faces of the mostly male shoppers. “Pick up!” Someone announced. “We need to go home. The Prime Minister has been assassinated!”

Indira Gandhi Had Been Shot

Indira Gandhi had been shot by two Sikh bodyguards, months after a bloody battle with Sikh separatists in the Punjab.

What does one do when hell breaks loose, and the authorities sit on their hands, or even egg on the mobs?

The male members of our team had been sleeping in a garage. About 3 a.m. a baby would start crying nearby, then roosters in cages by our door would chime in. The other guys laughed when I put bricks by that door to keep mice from crawling on us as we slept.

But it turned out the property was owned by a Sikh leader. And rumor had it that more than Sikhs were involved in the shooting. A newspaper had claimed that the CIA was trying to get rid of Gandhi (thanks to Soviet black op propaganda). A group of mostly white males boarding with a Sikh leader was not a good look at such a time. We moved into the house where the women were staying.

Trapped in a Brawl

Now the nights were punctuated by exploding ordinance and rifle fire. Then Tap! Tap! Tap! came the sound of the block patrol. Rumors reached us of trains being attacked or water being poisoned. Not rumor: Thousands died in Delhi alone. Neighbors fenced off the road where we were lodging, broke out weapons, and prepared to defend their homes.

Feeling like a rat in a cage, I suggested we join the night patrol. After all, our necks were on the chopping block, too. This proposal was soundly vetoed. The last thing the locals needed was the “CIA” on their side. India’s communal strife was not our business. We had come with a message of peace and hope for all, not to take sides in a brawl.

After the army moved in and riots died down, I walked miles through the city, past burned buses and taxis, and children playing cricket outside a smashed home. I chatted with an Afghan refugee, coming back from the hospital after getting injured in the riots. (On which side, I didn’t ask.) In a cul-de-sac near the mall, a man told me he and his neighbors had thrown Molotov cocktails at invaders in battles that lasted through the night.

Having watched a city implode like that, I understand why Kyle Rittenhouse went to Kenosha. It was his town. As a young man he may have been drawn to the excitement. But he also didn’t like to see it burned.

The real question, as in India, is why did cities across America need volunteer help to protect businesses and contain the violence?

Riots last year were also fomented and often led by members of a major political party and its allies. Like a manure-spreader preparing a dusty field for planting, the Media had broadcast “fake news” about racist incidents. (I have the details here.)

In his sonorous, professorial voice, Barack Obama spoke to residents living in ghettos created by liberal policies, encouraging them to scapegoat the cops for their troubles. Defying all serious data about violence in general or police killings in particular, the former president’s wife said she worried her children might be shot by “someone” (with a badge) who “sees the back of their head and makes an assumption.”

Never mind that white males are seven times as likely to be killed by police as black females. Never mind that gang-bangers made neighborhoods around the University of Chicago, where her husband used to teach, into war zones. Never mind that police risk their lives to protect people who look like her daughters from the violence of Democrat-run inner cities.

When Michael Brown attacked a police officer in Ferguson, Missouri, he lost his life, but BLM gained a national narrative. Led by a Seattle City Council woman of the Brahmin caste who grew up in Gandhi’s socialist India, BLM and its allies took over part of my hometown for three weeks.

Two young black men were shot and killed on those blocks, lives that apparently didn’t matter so much.

Hell Breaks Loose — and Authorities Sit on Their Hands

“Peaceful” protests came to many other cities as well. Only a few politicians positively egged on rioters, but many poured gasoline on the fire by repeating slanders against the police and American society. Like orcs swarming out of caves in the Misty Mountain at news of Smaug’s death, criminals of all races took advantage of the riots to burn and pillage.

What does one do when hell breaks loose, and the authorities sit on their hands, or even egg on the mobs?

After the pogroms in Delhi, I noticed a banner hung across a busy street: “We thank our Hindu brethren who saved the lives of their Sikh brethren.”

Many in Delhi stood up to the mobs. Some hid Sikhs who were being hunted. Others banded together as neighbors to fend off rioters until the army arrived. I guess you might call them “vigilantes.”

But the Declaration of Independence states that we all share certain “inalienable rights:” life, liberty, the pursuit of happiness among them. Inalienable means these rights are from “the Creator,” and cannot be seized from us by politicians. Government is set up to secure such rights, and is only legitimate as it does so.

The American Social Contract doesn’t require us to put up with mob violence. Whatever faithless mayors think, our rights to protect ourselves (life), and to move freely (liberty), come from a Higher Authority.

Edmund Burke pointed out that in every society, there is a certain quantum of power. If those paid to protect us refuse to do so, then that right reverts to the People. That reversion is inherently dangerous. Many are drawn to violence for the sake of violence, and we tend to ape our foes’ tactics and borrow their weapons. French anthropologist Rene Girard calls this “memetic competition:” the tendency to copy from our enemies, as when right-wing villains attacked the police on January 6th.

So an even graver responsibility falls to our faithless politicians. The spotlight should now land not on Kyle Rittenhouse, but on Wisconsin governor Tony Evers, and other “adults” who refused to do their sworn duties.

It is a pity that so many politicians lack the guts of a 17-year-old. They are responsible not only for the crimes they turn a blind eye to (“mostly peaceful protesting”) and for the lies behind even genuinely peaceful protests in 2020. They also force bystanders to step into the gap, or watch things burn.

Maybe Americans can learn something from the Indian neighbors who banded together in the fall of 1984. Even the mobs that founded CHAZ built a “big beautiful wall” around their territory, reminding us that the right to self-defense is inherent to our condition as human beings.