Responding to the Super Bowl Halftime Show: It's Time to Move Beyond Repeated Outrage 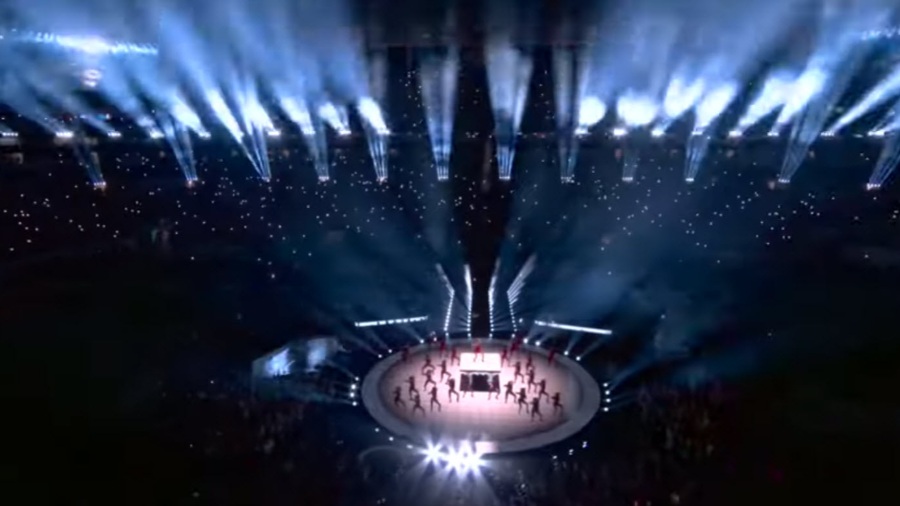 Parents are expressing their outrage. Religious leaders are expressing their indignation. How dare the NFL (and Pepsi) put on such a raunchy, sexually explicit halftime show on prime time TV, watched by millions of families together. But why are we surprised? Why the shock and outrage? The NFL has been doing this for years.

Have We Forgotten What Our Entertainment Media Regularly Promotes?

Have we forgotten that almost every NFL team has cheerleaders — women dressed in the scantiest outfits, gyrating and shaking to the delight of the fans, especially the male fans?

This is a regular, expected part of the game. The halftime shows just take things to another level.

As for the halftime shows themselves, while it has been my family’s habit for many years to skip that part of the game, to my knowledge, these shows are often anything but family friendly.

Moms, are these the kind of shows you want your husbands and sons to watch? Or your daughters to emulate?

The infamous “wardrobe malfunction” featuring Janet Jackson and Justin Timberlake in 2004 may not have been an accident after all. Either way, that was hardly a family-friendly performance.

What about past performances by Beyoncé or Madonna? Did they sing old American classics while dressed in wholesome outfits? (Right.)

Moms, are these the kind of shows you want your husbands and sons to watch? Or your daughters to emulate?

Speaking of mothers, both Jennifer Lopez and Shakira, the featured performers at Sunday’s Super Bowl, are moms themselves, probably very devoted moms. And JLo even brought her 11-year-old daughter on stage to perform with her.

We Should Speak Out Against Immorality. But What Were We Expecting?

But that makes the performance all the more outrageous. A 50-year-old mother in the presence of her daughter, performing on a stripper’s pole?

I don’t expect the world to act like the church, but our country has had a sense of moral decency on prime time television in order to protect children. We see that disappearing before our eyes. It was demonstrated tonight in the Pepsi Super Bowl Halftime Show — with millions of children watching. This exhibition was Pepsi showing young girls that sexual exploitation of women is okay. With the exploitation of women on the rise worldwide, instead of lowering the standard, we as a society should be raising it.

A concerned mother expressed it like this (the language is quite graphic):

The FCC still has rules about decency on network television between certain hours when children are watching. It is well established that children are watching during the Super Bowl. I had to send mine out of the room as soon as Jennifer Lopez took the stage in what looked like a two-sided thong and buttless chaps. The camerawork was outrageously gross, zooming in on Lopez’s barely covered crotch, so close that the viewer could see some sort of silver maxi pad sticking out from either side of her way-too-small fraud of a garment. If that thing wasn’t riding up between her front-hole lips, then my 6o-inch HDTV television was lying to me, and HD never lies.

I totally agree with these sentiments, and I applaud those who have spoken out. But I ask again: why the shock? Was this Super Bowl performance that much worse than past performances? And did we expect JLo and Shakira to sing opera?

The next show added in performances by Marguerite Piazza, Doc Severinsen, Al Hirt, Lionel Hampton, Carol Channing. (Come to think of it, Piazza was an opera singer. As for Carol Channing, she certainly wasn’t sexually gyrating on the stage.)

By 1974, along with a marching band, there was a performance by Judy Mallette, Miss Texas 1973 — but playing a fiddle.

In 1981, a marching band was still featured, this time with big band singer Helen O’Connell.

Fast forward to 1987, and along with the marching band were funny men George Burns and Mickey Rooney.

1988 was a bit more edgy, this time adding in the Rockettes. But I can assure you that none of them were doing pole dances.

Even in 1992, there was still a featured marching band, and some of the songs performed by guests included, “Walking in a Winter Wonderland.”

1993, however, featured Michael Jackson, and quickly, the trend was changing.

One of the featured performers in 2001 was Britney Spears.

2004 also featured Jessica Simpson, together with the Dallas Cowboy cheerleaders.

2011 had the Black Eyed Peas, not exactly known for family friendly performances.

And Lady Gaga’s 2017 performance was celebrated as a major moment in LGBT activism.

When Will We Wake Up?

But this is just the Super Bowl. What about the music videos that young children have been watching for decades. I doubt that anything that JLo and Shakira did during the Super Bowl is any worse than the normal fare many young Americans have grown up with. No big deal!

There have been scandalous, sexually explicit, virtually nude videos airing 24/7 for many years now. And, to repeat, many American children, even younger than pre-teens, have cut their teeth on this trash. How many crotch-grabbing scenes have they witnessed over the years? Why, then, are we so surprised to see a glimpse of it during the Super Bowl?

The time for moral outrage was decades ago, not today. Today is the day for repentance and confession and self-examination.

What happened during Super Bowl LIV was just the latest manifestation of the moral downgrading of our society. When will we wake up?

For my part, I’m not damning the performers as if they are especially evil people. No, I see them as being just like the rest of us: gifted but fallen human beings in need of redemption. And they may be involved in many good and noble causes.

What I am saying is this: the time for moral outrage was decades ago, not today. Today is the day for repentance and confession and self-examination. Today is the day to plead for mercy on our fallen and debased culture.

We Need to Cry Out for Mercy and Revival

And what does it say of a nation when a 50-year-old mother is celebrated for her pole-dancing agility and a former governor and presidential candidate tweets, “Best Super Bowl half time show ever!”? What does it say?

Making things even worse is that all this has taken place in a climate of increased awareness for the victims of accused sexual predators like Bill Cosby and Harvey Weinstein and Jeffrey Epstein, men who allegedly exploited women as sex objects.

What does it say of our culture, of our nation, of our morals?

It says that we really, urgently, desperately need awakening and revival.