Why Are Black Men Dying at This Wealthy Democratic Donor’s Residence? 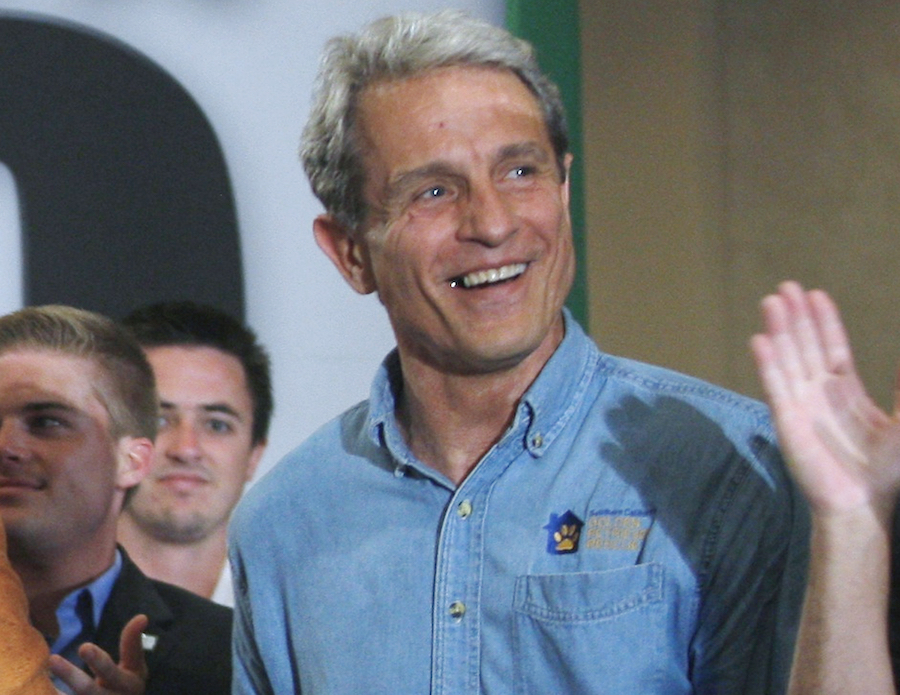 Two men have died, but so far nothing has happened to the man who hired them. Authorities found two black men dead within 18 months of each other at the residence of Ed Buck, a wealthy, prominent Democratic donor. Buck hired young, good-looking black men as sex workers. He insisted the men inject hardcore drugs.

Gemmel Moore, 26, died of a fatal methamphetamine overdose at Buck’s residence a year and a half ago. The Los Angeles County district attorney’s office said that the “admissible evidence is insufficient to prove beyond a reasonable doubt” that Buck gave Moore drugs or is responsible for the man’s death. The coroner’s office found the overdose was accidental.

Moore was found lying naked on a mattress in Buck’s living room. Drug paraphernalia lay strewn throughout the apartment. His journal discussed how Buck introduced him to crystal meth. In one entry, he admitted he had become addicted to meth and worried he could die from it.

Moore’s mother, LaTisha Nixon, said her son worked as an escort. He was homeless. He called her once terrified that a wealthy white man had shot him up against his will. Now, she says, she’d “like to know more about why there are so many reports that her son and other young, African American men were allegedly injected with dangerously large doses of methamphetamine by Ed Buck.” Moore’s best friend, Samuel Lloyd, says Moore told him he was scared Buck would hurt him. Lloyd said Moore went to the police several times about Buck but the police did nothing.

The West Hollywood Times describes Buck as “a man with a history of allegations that he pays young, good-looking African American men anywhere from $500-$3500 to inject, smoke and otherwise ingest potentially fatal doses of crystal methamphetamine and GHB during allegedly paid sexual encounters.”

Jasmyne Cannick, a progressive Democrat who’s running for delegate in the 53rd Assembly District, told The Cut in an email, “For two years, I have worked to bring forth witness after witness who told authorities about Ed Buck and how he uses the internet to stalk and prey on young, Black gay men who are usually homeless, HIV-positive and often work as male escorts.”

If another young, Black gay man overdoses or worse dies at Democratic donor Ed Buck’s apartment it’s going to be the fault of the sheriff’s dept and L.A. District Atty for not stopping him when they had the opportunity to. #GemmelMoore #Justice4Gemmel pic.twitter.com/jlbS2KTvNe

Steve Martin, a West Hollywood City Councilman, told The West Hollywood Times, “The death was shocking news, but not surprising news. You can quote me on that. If there was ever anybody in West Hollywood whose bed you expected a dead body to turn up in, it was Ed Buck.”

Damar Love was one of the lucky ones. He fell asleep at Buck’s residence and woke up to feel a prick in his arm. He found his arm tied down and looking reddish. Love left fast and called 911.

Jermaine Gagnon, 28, also made it through one of these episodes. He told DailyMail TV how Buck paid to fly him from Minnesota to Los Angeles, drugged him with a substance dissolved in Gatorade then injected him with crystal meth at his West Hollywood apartment.

“I really thought I was the next person that was going be dead at Ed Buck’s house.” He said he asked Buck whether he had killed Moore and Buck dodged the question. Gagnon thinks Buck “needs to be put away for the rest of his life.”

There are suspicions that law enforcement let Buck off the hook due to his connections to powerful Democratic officials. Los Angeles County Assessor Jeffrey Prang, a former mayor of West Hollywood, said Buck has long been known as a “leader in the West Hollywood community and civil affairs for L.A. County.”

Amster defends his client, “There is nothing to show that Ed was anything but a kind-hearted individual trying to help somebody else by giving them access to his home.”

So far, the only action that appears to have been taken against Buck is his forced resignation from the Stonewall Democratic Club Steering Committee. Prosecutors say due to the death of Dean, they are now going to take another look at the death of Moore.

Questions remain. With the evidence of Moore’s journal, and witness testimony from others against Buck, why didn’t authorities prosecute him? Did his powerful Democratic friends shut down any criminal investigation?

Should Prisoners Get the Right to Vote? Bernie Sanders Thinks So