Who Was Thomas Becket, the Martyr President Trump Invoked in His Proclamation Against Religious Persecution? 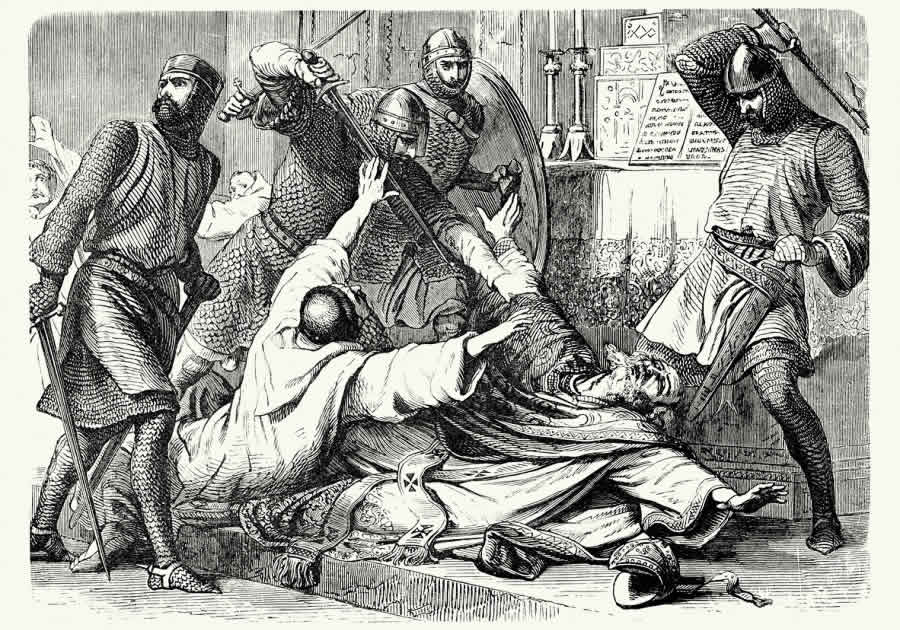 On December 29, 1170, four soldiers stormed Canterbury Cathedral and murdered Thomas Becket as he knelt in prayer. On Tuesday, the 850th anniversary of this horrific event, President Trump signed a proclamation calling on the people of the United States to observe the day in commemoration of the martyr’s life and legacy.

But who was Thomas Becket? What led to his martyrdom? And what on earth does his story have to do with us today? It’s surprisingly relevant.

Becket’s story is impossible to tell without first introducing the larger-than-life antagonist: Henry II of England (1133-1189). Even the official poster for the 1964 film Becket shows Henry (magnificently portrayed by Peter O’Toole) in the foreground. Seriously, the legendary tales of Henry, his family and their exploits rival the greatest Norse sagas. 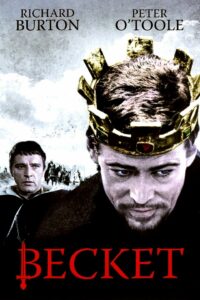 Henry was the great grandson of William the Conqueror, himself a direct descendant of Rollo, the fierce Viking raider of France, who later became its heroic protector. And Henry’s own children became even more fabled than he. His two most famous sons were crusading giant Richard the Lionheart and John, who was both the villain of the Robin Hood stories and the king who signed Magna Carta.

Henry was not originally in direct line to become king. But after his cousin died in a boating accident (drunken sailors!), his mother, Empress Matilda, invaded England and fought to claim the crown for herself.

By the age of 13, Henry was already leading a band of mercenaries in her army. This war (called The Anarchy) is a long and strange story, but in the end, Matilda never quite became queen. Her son, however, began his official reign at age 21.

All this to say: Henry came from a long line of shrewd, ambitious and dangerous  characters.

The Son of a Merchant

In contrast to Henry, Thomas Becket (1120-1170) grew up in a middle-class household. His father was a merchant who owned some property in London. He brought in just enough income to send Thomas off to school for a basic education. But The Anarchy caused a major economic downturn that hurt the Beckets. Thomas was forced to leave school early and get a job as a clerk.

He was apparently quite a proficient administrator and soon came under the employ of the Archbishop of Canterbury. The archbishop entrusted him with many important tasks, even sending him multiple times to Rome and other European cities on church business. Shortly after the archbishop crowned Henry as king, he suggested that Henry appoint Thomas as Lord Chancellor.

Imagine the position Pharaoh gave to Joseph. Becket was second only to Henry in England. It was his job to oversee the proper running of the courts and to extract taxes from all of England’s landowners, including the churches. Henry and Thomas appeared to grow as close as brothers during these years, and Henry trusted no one more than Thomas. And rightfully so: No one served the king as loyally as Thomas.

Keeping in mind that Magna Carta was still a generation away, Henry was by most accounts an efficient but fair ruler. He was obsessed with making sure laws were written down in a way that all his subjects knew what they were and had access to them. But he also had ambitions to regain some royal powers, particularly from the Church, that had been lost during The Anarchy.

So when Thomas’ old boss, the archbishop, died, Henry had the brilliant idea of appointing Thomas to take his place. He assumed Thomas, his ever-trusted friend, would be the perfect ally. To be his “man on the inside.” But Henry’s hopes were quickly dashed. Becket took his new position very seriously, and the two were soon at odds.

Had seeds of faith been planted in Thomas during his trips to Rome? Or did he witness outrageous abuses of the king’s power as Lord Chancellor? Whatever motivated his change of character is lost to history, but he had certainly become a zealot for Christ, seemingly overnight.

Supported by some less-than-devout bishops, Henry drafted the Constitutions of Clarendon, a document that outlined which powers belonged to the state and which belonged to the Church. It was to be the ultimate test of loyalty.

Surprisingly, Thomas seems to have agreed with all but one point, the punishment of clergy who commit civil crimes. That exposed the Church to interference from the state. Thomas refused to sign the constitution. That sent Henry into a rage. And the obstinate Becket was forced to flee England.

During his 5-year exile, he made ever larger claims about the independence of the Church, sending fiery letters to nobles and clergymen around the continent. He made far more enemies than friends. Pope Alexander III, while ostensibly agreeing with Becket’s points, wanted to find a more diplomatic solution. Eventually Henry did something that even the pope could not abide, and he sent Becket back to England to fix things.

Murder in the Cathedral

Becket arrived back in Canterbury on Christmas Day 1170 and wasted no time excommunicating some of those wayward bishops. When the news reached Henry, he shouted the now infamous phrase, “Will no one rid me of this troublesome priest?” Though not an official order, four of Henry’s knights who heard him set off to Canterbury Cathedral. Four days after Christmas, Thomas lay slain on the church altar.

Despite the long disputes between Church and crown, nothing like this had happened since the days of the barbarians. It stunned all of Europe. Henry himself was in such deep shock that he locked himself away for days. Plunged into agony, his health faltered, and some feared for his life. In the words of historian David Starkey, “Was it personal grief for the death of his onetime friend? Or horror at what had been done in his name? In either case, the king’s response fully matched the enormity of the deed . . . an action worse than a Nero or even a Judas.”

The Blood of the Martyrs

The president’s proclamation is both a commitment to pray for persecuted believers around the world and to continue defending our religious liberties here in America. He calls Thomas Becket’s death “a powerful and timeless reminder to every American that our freedom from religious persecution is not a mere luxury or accident of history, but rather an essential element of our liberty. It is our priceless treasure and inheritance. And it was bought with the blood of martyrs.”

Trump also makes a promise:  “As long as America stands, we will always defend religious liberty. A society without religion cannot prosper. A nation without faith cannot endure — because justice, goodness, and peace cannot prevail without the grace of God.”

Now, as much as ever, we must have courage. We must not give in to despair, no matter how bleak the state of our culture may appear. We must not fear those who can kill the body but not the soul. And as James Robison recently reminded us: We must be willing to speak truth boldly to our national leaders.

In the wake of Becket’s murder, Henry faced an uprising from his furious subjects. To demonstrate his shame and sorrow for the affair, he did something unprecedented in history.

He prostrated himself naked before Becket’s shrine for a whole day and night. And he submitted to being flogged five times each by the bishops and three times each by the 80 monks there present. This seems far too extreme for a mere PR stunt; it was penance done in great humility.

Immediately before his death, Thomas declared, “For the name of Jesus and the protection of the Church, I am ready to embrace death.” May our leaders be humble enough to listen to and heed God’s wisdom.

But even if they are not, may we like Thomas never waver in speaking truth without fear. May we all be “troublesome priests.”