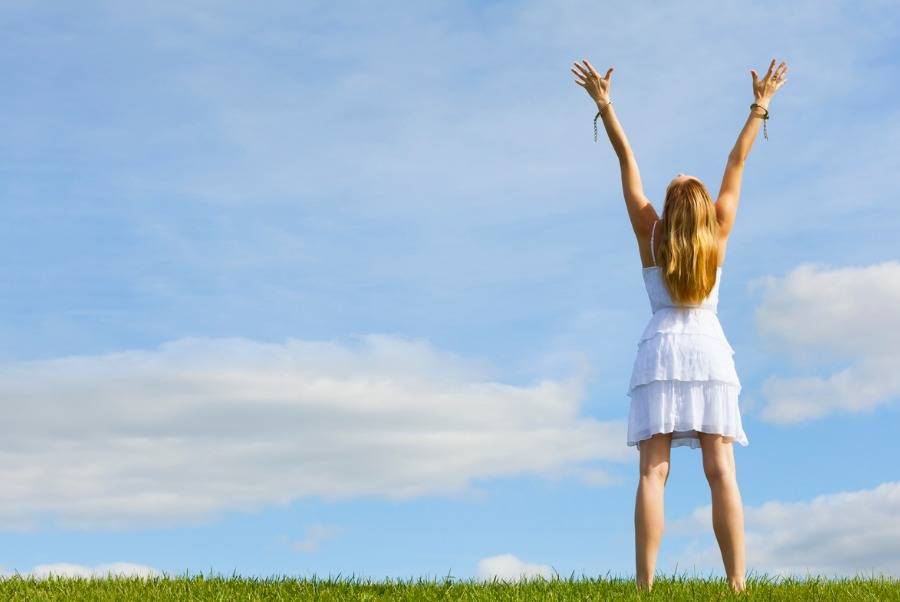 So, Roe v. Wade is finally toast. Liberal members of the Supreme Court now warn that from the moment her child is conceived, “a woman has no rights to speak of.”

Who is to blame for this supposed tragedy? Pious Christians, right? We’ve stood against a woman’s “right to choose” for a long time. And skeptics say, “So typical! This is just the tip of the iceberg of good old-fashioned Christian misogyny!”

Skeptics call the Church a “dungeon” where women have been imprisoned for two thousand years. They write best-sellers about dystopian future Americas, where “handmaids” must make themselves available to Bible-quoting men for reproductive purposes. They attack the Bible for “utterly devaluing women,” as Annie Gaylor of the Freedom From Religion Foundation put it.

The Truth is Dangerous

Over the coming months, you will likely hear many such voices. Don’t believe them. The truth is too dangerous, and they will not tell it to you. They probably don’t know it themselves.

Attack Christ, and you attack the very one who set billions of your sisters free, and still does, beginning with “the least of these” in the womb.

That dangerous truth is this: Jesus Christ is the greatest liberator of women (and men) who has ever walked this beautiful and troubled planet. Don’t believe me?  I can prove it from the Bible, from a United Nations survey, and from history.

“The Bible!” Annie Gaylor sneers in response. “After reading the Bible I felt the need to wash my hands! Among the most common of the biblical epithets for women are ‘harlot,’ ‘whore,’ and ‘unclean.’ Biblical women play one of two roles: they are either superfluous or diabolical.”

Others, like Margaret Atwood, quote Scripture itself to discredit Scripture. “Women should remain silent in church!” said St. Paul. “Wives must seek salvation through child-bearing! Mother Eve is to blame for all our troubles!”

While popular, such exegesis barely deserves to be called “cherry-picking.”  Pick three ripe cherries from a single orchard, and that may mean they are all ripe. But pick three verses from more than 31,000 in the Bible, and you can tell any lie you like. (As Satan proved when he quoted Scripture to prod Jesus to kill himself!)

Read the Bible fairly. In fact, women are often presented much more favorably than men. Many are smarter than their husbands. Women in the Bible found nations, create holidays, rebuke kings, protect the innocent, save their whole country from genocide. They buy and sell real estate, travel, take the initiative in love, seek wisdom, and prophesy.

On top of that, the gospels introduce a rabbi who, unlike every other so-called “great man” in the ancient world, always had time for widows, mourning mothers, cast-off brides, and shamed prostitutes. He healed sick mothers-in-law. He included younger sisters in class, when calls from the kitchen came for help. He saved a girl about to be stoned.

In his letters, even so-called “sexist” St. Paul regularly greets women as respected coworkers. (Sometimes naming them before their husbands.)

Compare the Other Ancient Texts

Compare this to other ancient texts! I have spent years researching this topic, poring over much of the world’s oldest surviving literature. Ancient Sumer had no one remotely like Jesus or the heroines of the Bible. In Egypt, the only women who come across as real human beings are the ones you find in the Book of Genesis.

Study the stories of ancient China, and you might track down a few free and heroic women, but they grow rarer as time passes. As for classical Greece, consider Penelope, who patiently waited for her husband Odysseus to return from the Trojan War. Their son Telemachus tells her, “Go within the house and busy yourself with your daily duties, your loom, your distaff, and the ordering of your servants. This bow is a man’s matter, and mine above all others, for it is I who am master here.”

That’s what it meant to be a man or woman in ancient Greece.

Jesus Made the Difference

Women have gotten out of the house and into the House since then. What drove that change? A 1988 UN study showed that the status of women was highest in countries with centuries of Christian heritage. (It only named the countries, without noting the pattern.) Women were far less free in Muslim, Hindu, and some tribal societies (including two or three recently converted in part to Christianity), with Buddhist countries in the middle.

It wasn’t the Enlightenment that liberated women, as many feminists suppose. The Enlightenment hadn’t even started in 1665, when Jewish scholar Bernard Lewis quotes a Muslim visitor as noting in incredulity, “In this country and in general in the lands of the unbelievers, women have the main say. They are honored and respected out of love for Mother Mary.”

In an upcoming book I will show it was Jesus, more than Mary, who made the difference that so shocked Muslim travelers, and whose impact carried that difference around the world.

Followers of Jesus Stand Up for the Weak

Christian missionaries founded schools and hospitals on every inhabited continent, teaching girls, liberating tens of millions of women from ignorance, poverty, and disease. Why? Because their boss also healed the sick and educated women.

And like Jesus when confronted with a woman about to be stoned, missionaries faced down human cruelties, as well. In India, this cruelty came in two particularly perverse forms: wide-spread female infanticide, and the burning of widows, often quite young, after their husbands died.

In China, from the Song Dynasty on, the custom grew up of breaking the feet of young girls, rendering them half-crippled for life. We call it “foot-binding,” but you might also call it “fashion,” because the consequent waddle was supposed to be sexy. (And it conveniently kept your wife close to home.)

Christian missionaries attacked these evils. Early in the 20th Century, the English working-class missionary Gladys Aylward (played by Ingrid Bergman in a film about her work rescuing orphans) nagged villagers in Shanxi Province: “If God intended little girls to have horrible stubby little feet, he’d have made them like that in the first place . . . (your husbands) should try it sometime, and see if they like hobbling about on little club feet.”

Already in Roman times, Christ began to liberate women. As the great sociologist Rodney Stark pointed out, the Church discouraged abortion, which no one then thought was the “woman’s choice,” and whose methods at the time killed many women.

Christians rescued and took in female infants who (as in India) were often left to die. The Church aided widows financially and gave them positive, meaningful work.

Christianity attacked the sexual “double standard,” from 1 Corinthians 7 onward, where St. Paul wrote the potential fighting words, “For the wife does not have authority over her own body, but the husband does” — but followed them immediately with the truly revolutionary, “Likewise the husband does not have authority over his own body, but the wife does.”

Stark shows that Christian girls also married later than their pagan friends, protecting their bodies from the dangers of early childbirth, and giving their minds time to develop.

Followers of Jesus have a long record of standing up for the weak, as Jesus himself did. His most faithful disciples cared for infants for the same reason they liberated women. Feminist friends, you may suppose that attacking Christ will secure your freedom. You have it exactly backwards. Attack Christ, and you attack the very one who set billions of your sisters free, and still does, beginning with “the least of these” in the womb.

Are All Abortions Equally Heinous?