As we head towards Mother's Day, a former Stream writer pays tribute to her own mom on her birthday. 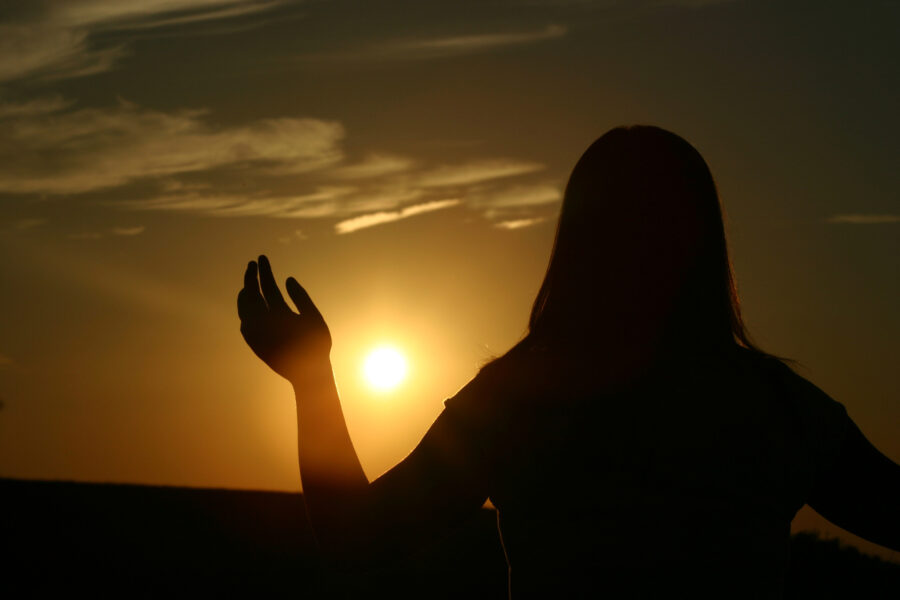 It has been three years. Last night I remembered the final vigil, holding one of her soft hands with its delicately curved fingers while my sister held the other and we waited with each breath, both longing for her release and guiltily grateful that it wasn’t quite yet, that we still had these seconds, minutes, hours to hold her and love her, in body and in spirit.

When her heart finally stopped, there was only silence. Her heartbeat was the first sound I ever heard in the womb, the rhythm of love and belonging that carried me through life for thirty-three years. Losing that sound was like losing time, missing the beat as the music I walked and sang and moved through life with just … gone.

She Was Always My Music

She was always my music. I remember singing along with the church choir when I was small enough to be hiding under the pews during rehearsal as she directed them. She was so patient and faithful, working with thirty or so amateurs of rather … varying… talent levels. But it was music and I loved it and it made me want to jump in, to belong, to sing. So I did, and she let me join the choir after I just sang along with the cantata from the congregation one Easter. She later would drive me far and wide to voice lessons and choir rehearsals as I kept wanting to sing.

She had a lovely voice, sweet and gentle, but quieter than any of her daughters, who had the Smith gift of projection. She had something different, something elegant. It was her precision and her ear, her way of playing the piano, her musicality coming out even in her laughter, sparkling and clear.

She taught me to love hymns. I would take her hymnal, the one she practiced with on the piano, and clamber into the woods, clutching it tight until I got to a perch in some tree to sit and read lyrics and imagine melodies, singing whatever seemed to fit because I couldn’t read the music yet.

The day she died there was a volunteer musician visiting the hospital, a harpist, and instead of playing Adagios in A she had a collection of hymns. We asked her to play some of Mom’s favorites, and she did, the plucked strings sounding ludicrously angelic in that sterile, mechanical environment. She was a wonder and a miracle. She played hymns I had been singing at my mother’s bedside for that last and final week, “It Is Well” and “He Hideth My Soul” and “How Great Thou Art.” One hymn was an especial favorite: “Fairest Lord Jesus.”

In the long year that followed, when the silence of my mother’s missing heartbeat felt too much, I would sing that hymn. Walking across campus at my school, ducking into a chapel or a monastery garden, finding myself alone, I would sing and remember:

Fair are the meadows

Robed in the blooming garb of spring

Who makes the woeful heart to sing

It felt impossible then, a promise so far removed from my experience that the words could choke my throat. But I suppose that when a Nor’easter comes and a blizzard the likes of which you’ve never seen buries everything in two feet of snow and stops civilization in its tracks, it feels impossible that anything could ever be robed in the blooming garb of spring. Yet we know it will.

Spring will come again, and in the very heart of all my grief lives the only person so beautiful and real that even my sorrowing heart can sing and know that everything sad will come untrue, and the tears I am still crying will be wiped away, gathered into a bottle, and come no more.

Anika Smith is a former Stream associate editor, a worship leader and a lawyer based in DC.

Motherhood Didn’t Magically Change Me, But It Showed Me Who I Need