Who is Vladimir Putin and What Makes Him Tick? 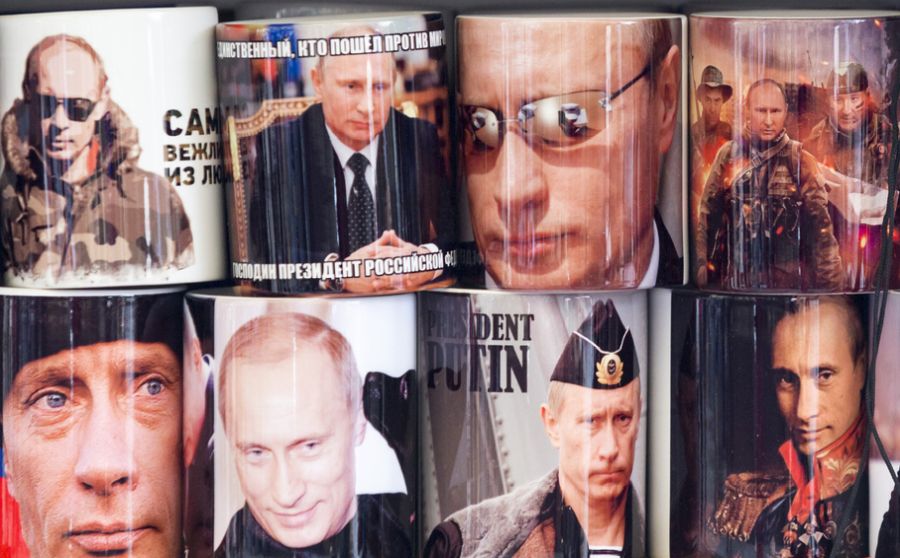 When it comes to our president or to many prominent world leaders, we have a pretty good idea of who they are and what makes them tick. But do we really know who Vladimir Putin is? Do we know what drives and motivates him? More specifically, do we know for sure why he has invaded Ukraine?

The Multiple Reasons Given for His Invasion of Ukraine

We have been told that he wants to restore the glory of the former Soviet Union. This will be his legacy.

We have been told that he is simply threatened by the expansion of NATO, dreading the possibility of nuclear weapons stationed next to the Russian border.

We have been told that he truly believes his propaganda and is committed to “denazifying” Ukraine.

We have been told that being shut in with COVID for two years has affected his mind and that he is not himself.

We have been told that he is suffering with cancer and is on steroids, hence his apparently irrational behavior and allegedly swollen appearance.

We have been told that his mission is spiritual and that he fashions himself the savior of the Russian Orthodox Church, with Kyiv as the Rome of this Church.

Others would simply say that there is nothing to figure out since the man is a megalomaniac, while still others would remind us that this is the same person who once was a leader in the KGB.

Is there a major theory that I missed?

Leading up to Putin’s invasion of Ukraine, I watched experts and analysts explain that the whole issue was the expansion of NATO. “If Ukraine joins NATO, that will be akin to Russia putting nuclear weapons in Cuba!”

Yesterday, I read a tweet from a Fox News analyst explaining why there was no truth to this theory. “He did not invade Ukraine because of NATO!”

Among all the theories circulating, the one that is the most interesting (but is getting less attention) is the spiritual explanation.

Pointing back to events in 988 involving Vladimir of Rus in Kyiv, when he converted to Christianity, Fraser writes,

This is the founding, iconic act of Russian Orthodox Christianity. It was from here that Christianity would spread out and merge with the Russian love of the motherland, to create a powerful brew of nationalism and spirituality. In the mythology of 988, it was as if the whole of the Russian people had been baptised. Vladimir was declared a saint. When the Byzantine empire fell, the Russians saw themselves as its natural successor. They were a “third Rome”.

Soviet Communism tried to crush all this — but failed. And in the post-Soviet period, thousands of churches have been built and re-built. Though the West thinks of Christianity as something enfeebled and declining, in the East it is thriving. Back in 2019, Patriarch Kirill, the head of the Russian Orthodox Church, boasted that they were building three churches a day. Last year, they opened a Cathedral to the Armed Forces an hour outside Moscow. Religious imagery merges with military glorification. War medals are set in stained glass, reminding visitors of Russian martyrdom. In a large mosaic, more recent victories — including 2014’s “the return of Crimea” — are celebrated. “Blessed are the peacemakers” this is not.

And how does all this connect to Putin?

At the heart of this post-Soviet revival of Christianity is another Vladimir. Vladimir Putin. Many people don’t appreciate the extent to which the invasion of Ukraine is a spiritual quest for him. The Baptism of Rus is the founding event of the formation of the Russian religious psyche, the Russian Orthodox church traces its origins back here. That’s why Putin is not so much interested in a few Russian-leaning districts to the east of Ukraine. His goal, terrifyingly, is Kyev itself.”

Listen to Putin’s Own Words

Indeed, Putin has often spoken of his passion for true Christian values, saying this in a September 19, 2013 speech:

Another serious challenge to Russia’s identity is linked to events taking place in the world. Here there are both foreign policy and moral aspects. We can see how many of the Euro-Atlantic countries are actually rejecting their roots, including the Christian values that constitute the basis of Western civilisation. They are denying moral principles and all traditional identities: national, cultural, religious and even sexual. They are implementing policies that equate large families with same-sex partnerships, belief in God with the belief in Satan.

He even stated that, “The excesses of political correctness have reached the point where people are seriously talking about registering political parties whose aim is to promote paedophilia. People in many European countries are embarrassed or afraid to talk about their religious affiliations.”

Yes, these are the words of Vladimir Putin. And remember that it was in 2013 that a bill banning “propaganda of nontraditional sexual relations,” focused on excluding LGBTQ curricula from the schools, passed Russia’s State Duma by a vote of 436-0. Let that sink in.

As Fraser and others claim, “Putin regards his spiritual destiny as the rebuilding of Christendom, based in Moscow.”

And this: “The spiritual choice made by St Vladimir still largely determines our affinity today’ Putin wrote only last year. ‘In the words of Oleg the Prophet about Kyev, ‘let it be the mother of all Russian cities’.”

What a striking quote!

Driven to Reclaim the Birthplace of the Russian Orthodox Church?

Is this, then, what is really driving Putin? If so, is there any way to understand how a “Christian” leader, in the name of pure “Christianity,” could engage in such a murderous, destructive, and bloody campaign? (Sadly, this would not be the first time something like this happened in Church history.)

The one thing that seems certain is that this is Putin’s war, not Russia’s war. But until we truly understand who he is and what is driving him, it will be much more difficult to stop him.

That ought to be a major strategic priority.