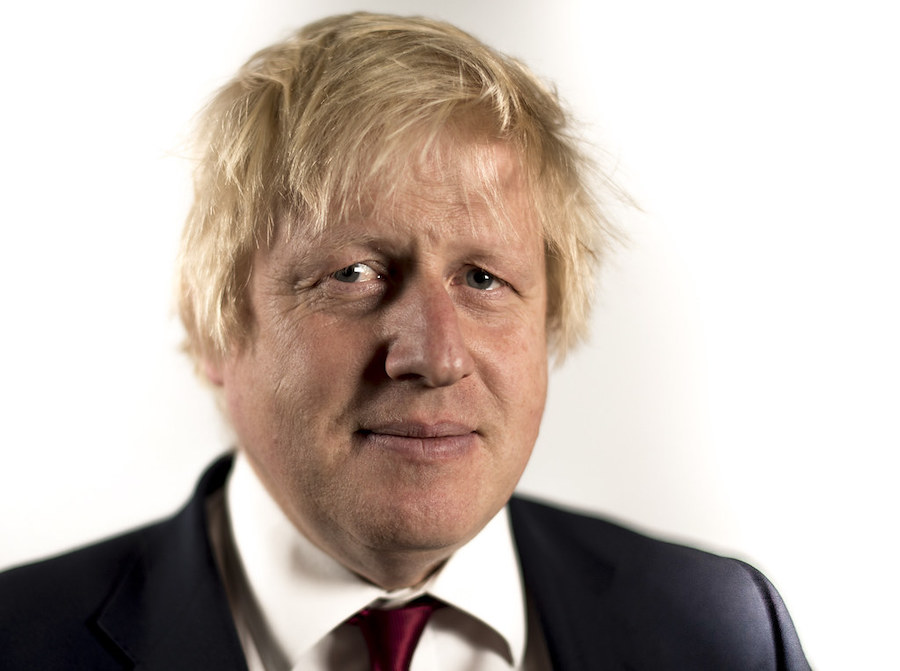 A colorful character, known for his shock of shaggy blond hair and blustering, entertaining, flamboyant style, Boris Johnson has had one of the most amazing careers in English politics. A journalist, magazine editor, member of Parliament, the conservative who did the impossible in getting elected mayor of London twice, foreign minister, leader of the radical Brexit movement to leave the European Union, he’s done it all.

As of July 24th, that is, when he became the new prime minister of the United Kingdom.

Johnson’s a celebrity. He performs in a way few politicians ever do. He clowns around and quotes long passages of Homer in Greek. “BoJo,” as he’s sometimes called, is England’s Donald Trump. Both came to office already famous. Both were international celebrities. The two were both known for saying outlandish things, poking the politically correct and infuriating their political opponents. Sometimes infuriating their own party. Both will break up the old system to create the world they want. Johnson made this clear in his first address as prime minister to the House of Commons.

He takes office with an unstable razor-thin majority, with many members of his own party opposing him. He’s taken up the almost impossible task of getting the U.K. out of the European Union by October 31st. Can he succeed? Most observers think not. But a few years ago, most observers said he’d never become prime minister. Johnson himself told a TV interviewer, “My chances of being PM are about as good as the chances of finding Elvis on Mars, or my being reincarnated as an olive.”

Michael Hirsch, writing for Politico, notes that Johnson and Trump are both part of a new nationalism. They’re populists, not traditional conservatives. Johnson’s election represents his party’s commitment to completing Brexit and leaving the European Union. It expresses the party’s rejection of the European Union globalists, including those in the other major political parties, Labour and the Liberal Democrats. It is part of a broader trend around the world electing conservatives as world leaders.

Born in New York City in 1964, Alexander Boris de Pfeffel Johnson held American citizenship till he renounced it to avoid paying back taxes. As a child he went to Eton, the boarding school to which the royal sons go. After graduating from Oxford University, where he’d been a star, he started his career as a journalist with The London Times. He always had high political ambitions.

The London Times fired him for making up a quote. He moved on to the more conservative Daily Telegraph. Still, he became the favorite journalist of conservative Prime Minister Margaret Thatcher. His writings became a key influence on the Eurosceptic UK Independence Party in the early 1990s. That party’s agitation eventually led to Brexit.

He took some left-leaning positions, however, on climate change, LGBT issues and race relations. His time as a journalist was marred by scandals, including using the words “piccannies” and “watermelon smiles” in one column when referring to Africans. He called gay men “tank-topped bumboys.”

Top Job at The Spectator

He became editor of The Spectator, the UK’s top conservative weekly. Tabloids revealed in 2004 that Johnson was having an affair with Spectator columnist Petronella Wyatt, resulting in two abortions. He was married to his second wife at the time. He was fired from his position with the Conservative party for lying about the affair. Another affair led to a child.

Johnson served as an MP (Member of Parliament) in the House of Commons from 2001 to 2008. He continued his editorial career and wrote for many publications as well, one reason he missed at least half the votes taken while he was an MP. Being outside in that way gave him more power than most MPs, however. He took more socially liberal positions than many of his Conservative Party colleagues. He developed his celebrity status by goofy appearances on the prime-time BBC satirical quiz show, Have I Got News for You.

Johnson became the mayor of London in 2008, the first Conservative to ever achieve that position. He ran on a campaign that included legalizing medical marijuana and allowing amnesty for illegal immigrants. He capitalized on his star power. His opponents complained that a common attitude among voters was, “I’m voting for Boris because he is a laugh.” As mayor, he became a supporter of the London Livable Wage and showed up at London’s gay pride parade.

After two terms as mayor, he left office in 2016 and ran successfully for MP again. After Theresa May became Prime Minister, she appointed him Foreign Secretary in 2016. As Foreign Secretary, Johnson praised U.S. recognition of Jerusalem as the capital of Israel as a “moment of opportunity” for peace.

Johnson became a prominent leader in the Brexit campaign, the successful British vote to leave the European Union. He is widely credited as one of the leaders who made it happen, due to his charm and appeal that transcends the Conservative Party.

He eventually resigned as Foreign Secretary. All throughout elected office, he continued his journalism. In a controversial 2018 article for The Daily Telegraph, he discussed the Danish face veil ban. While he opposed a ban on the burqa or niqab, he suggested that such garments make the wearer resemble a “letter box” and “bank robber.”

He once described Trump as as “clearly out of his mind” and betraying a “quite stupefying ignorance.”

In May, he announced he would throw his hat in the ring for Prime Minister after it became certain Theresa May would resign over her failure to work out a deal to implement Brexit. Trump endorsed him, saying “I actually have studied it very hard. I know the different players … but I think Boris would do a very good job. I think he would be excellent. I like him.”

However, Johnson has not been so complimentary of Trump. He once described Trump as as “clearly out of his mind.” The president’s words betray a “quite stupefying ignorance.”

Johnson has also gone after Hillary Clinton and President Vladimir Putin. He referred to Clinton as a “sadistic nurse in a mental hospital.” Putin looks “a bit like Dobby the House Elf.”

Johnson was baptized a Catholic. He was later confirmed in the Church of England. However, he says “his faith comes and goes.” He’s not a serious practicing Christian.

After becoming prime minister, Johnson announced that the UK would leave the EU on October 31. It is telling that the man who frequently bucked the party line is the one the party finally turned to in order to implement Brexit. He cannot be underestimated.

Polling expert Frank Luntz, a friend of Johnson’s at Oxford, perhaps summed it up best. “Boris is so hard to understand because there really isn’t anyone like him on either side of the Atlantic,” he said in an email to The Atlantic. “I’ve never met someone so obviously talented yet so quickly dismissed by critics because he doesn’t conform to their definitions or expectations.”

What does Johnson mean for the U.S.? We can expect a good relationship. The president and the prime minister seem to like each other, and have similar views about the place of the nation in the modern world. It may not be an easy one, however. Johnson is fiercely independent and will strongly defend England’s rights and interests. He will not do what Trump wants unless he sees the benefits to England.

Johnson may do the U.S. a favor, however. Much more of a wildcard than the predictable Theresa May, he may finally reveal how British intelligence was involved in Spygate, the Obama administration’s planting of a spy within the Trump campaign.

Oh, that hair? It’s been called “an accident in progress.”