‘White Supremacy’ Is the New ‘Homophobia’ 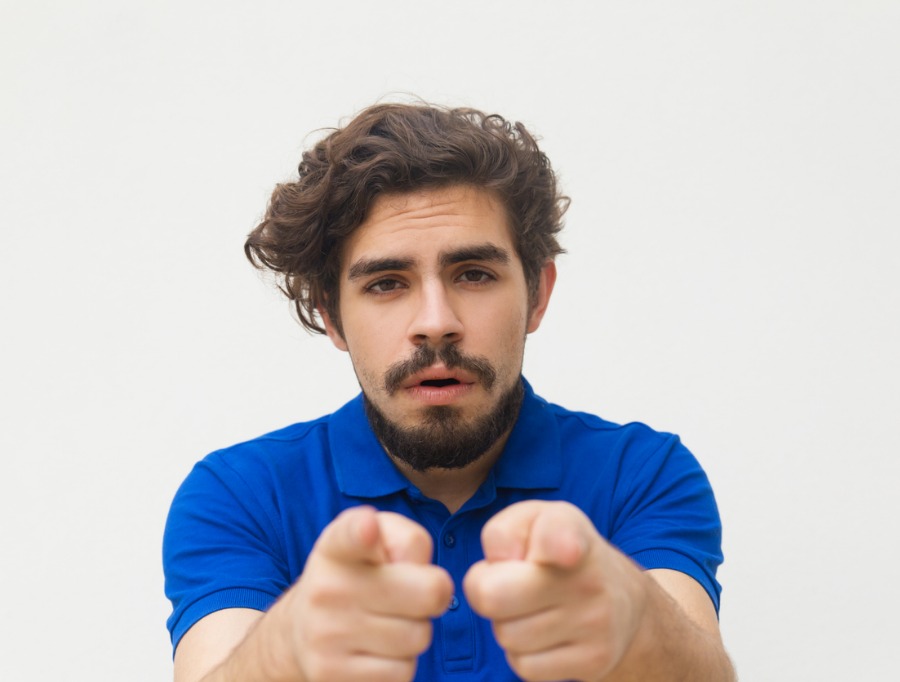 The term homophobia can be traced back to George Weinberg, “a psychotherapist who, in the mid-1960s, observed the discomfort that some of his colleagues exhibited around gay men and women and invented a word to describe it.”

As Dr. Weinberg explained, “I coined the word homophobia to mean it was a phobia about homosexuals. It was a fear of homosexuals which seemed to be associated with a fear of contagion, a fear of reducing the things one fought for — home and family. It was a religious fear, and it had led to great brutality, as fear always does.”

But in the years following, the terms homophobia and homophobe became weaponized, used as offensive weapons in the culture wars.

If you opposed same-sex “marriage,” you were a homophobe.

If you believed a child deserved a mother and a father, you were a homophobe.

If you affirmed the teachings of the Bible, you were a homophobe.

And if you were a homophobe you were also a bigot, a hater, a bad person, even a Nazi.

What fair-minded, decent person would want to described like that? And who wants to have a phobia?

Initially, they were used to describe people who openly believed in the supremacy of the white race over other races.

In American history, they were slave traders and segregationists. They were the KKK of the past and the alt-right of today. (According to the ADL, “Alt right, short for ‘alternative right,’ is a repackaging of white supremacy by extremists seeking to mainstream their ideology.”)

White supremacists have also been antisemites, Holocaust deniers, neo-Nazis, and members of the skinhead subculture.

White supremacy is ugly and bad, and no decent, fair-minded would want to be called a white supremacist.

If you are a Trump supporter, you are a white supremacist.

If you differ with any part of the BLM movement, you are a white supremacist.

If you resist the mob, you are a white supremacist.

The “logic” is irresistible.

A Christian Conservative, By Definition, Is a White Supremacist, These Radicals Claim

On March 15, 2018, I tweeted, “I’m a little suspicious whenever left-leaning Christians raise charges against white evangelicals — who just happen to be strong social conservatives.”

To be sure, this is just one tweet. But it expresses common talking points. And it follows the standard strategy of trying to shame one’s opponents into silence.

In the recent past (and until today), the tactic was to brand everyone who opposed any facet of LGBTQ activism a homophobe. Do you have a problem with drag queens reading to toddlers? You’re a homophobe! You don’t want first-graders learning the definition of gender-queer? You’re a hater and a bigot. Homophobe!

Now, if you like President Trump’s Mt. Rushmore speech, it’s because you’re a white supremacist.

Forget the fact that he said, “We believe in equal opportunity, equal justice, and equal treatment for citizens of every race, background, religion, and creed.  Every child, of every color — born and unborn — is made in the holy image of God.”

Or that he said, “Our opponents would tear apart the very documents that Martin Luther King used to express his dream, and the ideas that were the foundation of the righteous movement for Civil Rights.”

Or that he said, “We must demand that our children are taught once again to see America as did Reverend Martin Luther King, when he said that the Founders had signed ‘a promissory note’ to every future generation.  Dr. King saw that the mission of justice required us to fully embrace our founding ideals.  Those ideals are so important to us — the founding ideals.  He called on his fellow citizens not to rip down their heritage, but to live up to their heritage.”

It doesn’t matter. The speech was delivered at the foot of Mt. Rushmore, a monument to white supremacy, by a white supremacist president. That says it all.

It doesn’t matter that Trump said that “we are the country” of black heroes like Frederick Douglass.  And the Tuskegee Airmen. And Harriet Tubman. And Jesse Owens. And Ella Fitzgerald.

Or that Trump announced that he will establish a National Garden of American Heroes, including “leaders of the abolitionist movement” and “the first all-volunteer African-American regiment of the Union Army in the Civil War.” Individual statues would be devoted to Douglass, King, and Tubman, as well as Jackie Robinson.

It doesn’t matter. If you support this National Garden, you are a white supremacist. Obviously!

Along with other commentators, I have pointed to the current misuse of the term “white supremacy.” But it’s important that we compare it to the use of “homophobia,” which continues to be an effective tactic for labeling and silencing those who differ.

Let’s catch this early. Let’s expose it. And let’s reserve the term “white supremacy” for those who deserve it.