Tribalism and ethnic revenge are all too real in our fallen world. 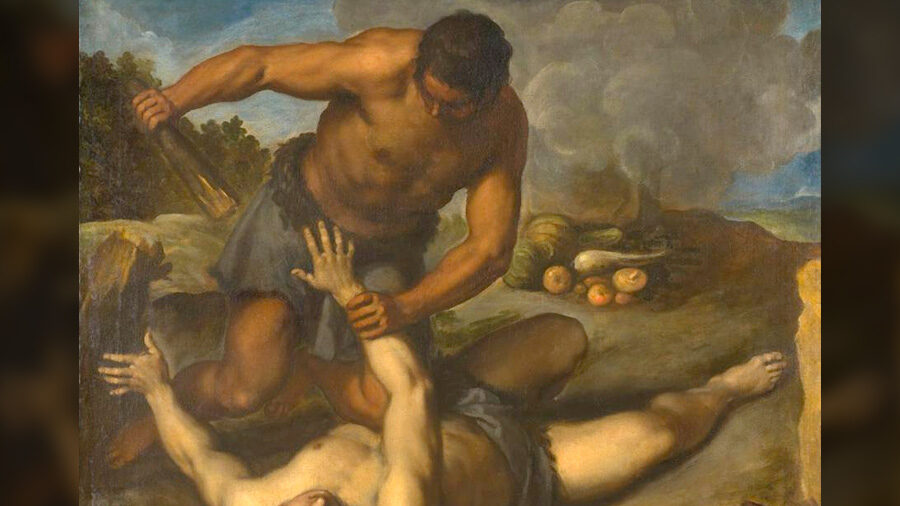 In Part I of this two-part series I looked at the question of white identity politics. That’s something I hope won’t emerge as a major force in America. But I fear that it might. The left is doing its best to provoke a white tribalist backlash that might give some substance to its shadowplay and pretense that “systemic racism” pervades America. Bash white people hard enough, and some might at one point push back. Then you can paint them all as the aggressors.

Then the radical left wins, hands down. That’s because American Christians still have ugly memories of their grandparents’ era, when real and systemic racism was enshrined in our laws. They don’t have memories of Marxism in America, which is the real threat to folks of all races now.

Words Mean Whatever We Say They Mean, You Extremists

The Marxists campaign today to demonize white Americans and turn false charges of racism into a self-fulfilling prophecy. To do that they must

For all its billionaires, the left is morally and intellectually bankrupt. But its mandarins control almost all the microphones, and when we start winning arguments, they have the power to shut ours off. Wherever we still have free speech (such as here at The Stream), it’s our duty then to present the plain, unvarnished truth. Then leave the rest to God.

Bad Majority! Back in Your Crate.

Let me give an example. I signed up for what appears as an apolitical intellectual newsletter called Aeon. It publishes essays on politics, religion, and philosophy. In the latest edition I found “How Important Is White Fear?” The piece aims to convince us of four key claims:

I don’t know if 1) is true yet, but if it isn’t it will be soon, with the left to blame. The left is demanding we reject our country’s entire history and heritage, and using minority Americans as human shields and soldiers.

White Marxists find black looters to serve as frontmen trashing stores and tearing down historic monuments. Elites try to tar every institution they detest (from the church to the military to the border patrol and orthodox churches) with the plutonium “racist” brush.

Many non-white Americans push back, of course — remembering the Civil Rights Movement’s reliance on our founding principles, or the promise that drew immigrants to the US in the first place. But rich white leftists don’t need every non-white on board, or even a majority — just enough Stacey Abramses and Ilhan Omars to serve as rabble rousers. Antifa, Facebook, and the FBI can do the rest.

Claim 2) entails an unjust and un-American double standard, demanding that Americans renounce as “racist” normal human attitudes and institutions that other nations take for granted, as part of having a functional, cohesive society in a fallen world. Try selling open borders and multiculturalism to Nigerians or Indians, and see how far you get.

It’s obvious that claim 4) is nothing more than slander, the 2020 equivalent of the German Communist Party in 1930 labeling the Catholic Center Party as “fascist,” because it opposed Stalin’s party line. The Aeon essay’s author warns that the alternative to leftist race hustling is a dark one, of

illiberal values such as nationalism, white supremacy, ethnocentrism, male superiority, religious fundamentalism, homophobia and the liberty to take advantage of the weak.

Notice how he got off the race issue almost immediately, and threw in every politicized cause of the coalition of so-called victims? These people can’t control themselves, even to stay on topic. They find black Americans finally boring and unsympathetic, and keep changing the subject to “fabulous” trannies.

You Have a Phobia. Here’s the Vaccine

But claim 3) is more interesting, because it pretends to rest on history. It asserts that even if whites (who have no right to consider their group interests) insist on having feelings anyway, and indeed seem afraid of what might happen to them in an ethnically fraught society with no majority group, they’re being stupid and irrational.

They’re indulging a “phobia” rooted in wicked attitudes and primal racist terror. Because minority groups that come to political power (either alone or in a coalition with other minorities) never mistreat former majorities. Being unfallen (only whites are fallen), they simply establish justice, tempered by mercy, and Utopia prevails.

Think I’m caricaturing the author? He says this in almost so many words:

First, losing majority status does not actually threaten white self-interest. The thinking here, I suppose, is that there is only so much wealth and income, good jobs and housing, power and opportunity, to go around. Once the non-white population achieves majority status, they will have decisive political power, and they will use this to eliminate discriminatory practices that have benefited whites for generations. Perhaps they will even introduce anti-white discriminatory practices of their own, for this is what whites did when they had decisive political power.

But no minority population that has become a majority in a liberal community has ever introduced the kind of blatant discriminatory practices used by whites to consolidate their power.

This is so false that it’s grimly amusing. As a student of history I’m tempted to spend 3,000 words reviewing 3,000 years that refute this claim in detail. But I’ll resist. Let me just list briefly some of the more egregious cases of groups that were once powerless which, once they gained power, engaged in the politics of payback.

And no, it doesn’t matter that the author includes the weasly caveat “in a liberal community.” Because the community remaining “liberal” (in the sense of Western tolerance and individualism) isn’t some given, like geography. It’s a fragile artifact, which radical demographic and political change directly puts in danger. For instance, if you do a dang fool thing like purposely create a society with no ethnic/cultural majority, so the only thing holding it together is ideology and force. (Contrast the solid reality of historic Poland with brittle behemoths like the Soviet Union or crackpot experiments like Yugoslavia and California.)

The Heritage of Cain

Just a few examples, then, of countries where the less-powerful got power, and promptly used it to avenge themselves on those who’d once dominated. Let’s start with those my parents’ families came from:

Ireland after 1926: The Irish Catholics who’d been an oppressed minority in Great Britain drove the once dominant Protestants out of their homes and estates in the Irish Republic — through harassment and discrimination. The terrorist IRA still strives to impose rule over the rump Protestant majority in Northern Ireland, who rely on Great Britain for protection.

Croatia after 1992: The Croatian Catholics of this newly independent state ethnically cleansed hundreds of thousands of once-dominant Orthodox Serbs, who had to flee for their lives into Serbia.

A Gorgeous Mosaic of Hatred

But why be limited by my ethnic heritage? After all, I’m no blinkered nationalist. (My favorite regime in history is the polyglot Habsburg monarchy.) Let’s reach out and be inclusive, and visualize the hate in many colors:

A good starting point for studying the mutual cycles of ethnic payback and violence in our era is The Vanquished: Why World War I Failed to End. It goes into somber detail about the politics of group vengeance, which shattered millions of lives. Why on earth would we think that America is immune?

Let’s conclude with a snippet from the country that brought so many tears to liberal eyes at U2 concerts, South Africa. For all the good intentions of Nelson Mandela and some other tolerant black leaders, that nation now is unsafe for white citizens, and tottering close to chaos. Remember all those anti-apartheid vigils of the 1980s? Those Nobel Peace prizes collected by peacemakers in the 90s? All those high hopes gave way to (surprise!) tribal and ethnic vengeance. Let’s close with some recent footage from the Utopia that is today’s “multiracial” South Africa:

I don’t know who’s shooting at whom or why. Does it really matter? Is this how you want to live? It is in fact what the left wants, and foisted on us all through the summer of 2020.

But hey, there’s nothing to be afraid of, you paranoid racist bigots. Your betters will manage things for you, and find you opiates for your phobias.