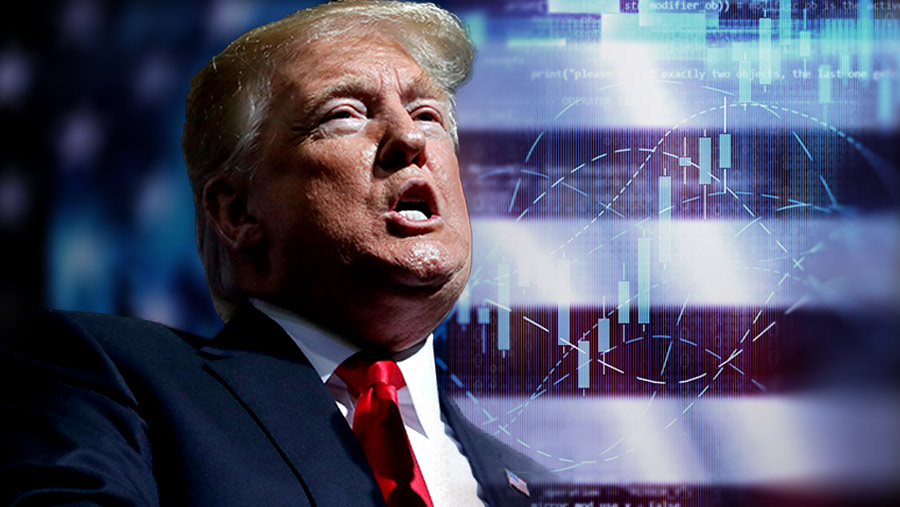 By Rachel Alexander Published on October 9, 2018 •

It’s a high-level, coordinated effort. The Deep State conducts “withering information campaigns” to take down President Trump. The intelligence agencies are the worst, but they’re not alone.

So claims intelligence expert Richard Higgins, in a memo last year. The Deep State compaign is designed to do three things. First, undermine. Second, delegitimize. Third, remove the President. It is “political warfare at an unprecedented level.” They manipulate the news cycle. The attacks are coming 24/7.

When Higgins’ memo came out, he served in the National Security Council’s strategic planning office. Then-national security adviser H.R. McMaster’s deputy fired him over it. Trump saw the memo and was reportedly furious at the firing.

Trump saw the memo and was reportedly furious at the firing.

But Higgins got it right. An anonymous writer for The New York Times, who identifies as a senior official under Trump, confirmed it. He (0r she) wrote an op-ed last month claiming to be part of the effort.

Higgins says adding to the problem is Trump allowing the GOP establishment to pick his staffers. They kept Obama holdovers and pushed out Trump supporters.

Their agenda leads to “cultural Marxist outcomes,” Higgins says. They want to destroy America as an ideal and a political identity. And our Judeo-Christian heritage. “As a Judeo-Christian culture, forced inclusion of post-modern notions of tolerance is designed to induce nihilistic contradictions that reduce all thought, all faith, all loyalties to meaninglessness.” Higgins compares it to forcing the country to believe 2+2=5.

Islamists are part of this effort, he believes. They realize that the far left cultural Marxists seek to destroy Western civilization. This benefits them. They want to force Islamic objectives on society. “Islamophobia” is labeled as racism. They leverage Islamic terrorism threats to justify the creation of a police state. They force people into urban areas in order to increase the size of government.

Higgins says “political warfare” refers to political warfare in the Maoist Insurgency model. There, the formation of a counter-state is essential to seizing state power. The model focuses on focus on mobilizing people and groups to action. They operate through narratives.
This cultural Marxism arises out of the Frankfurt School. In 1965, Frankfurt School theorist Herbert Marcuse redefined the word tolerance. He said to use it with the left but not with the right. He advocated for forcing it on society through undemocratic means.

The activists coordinate hate speech narratives with the media. They spread them through social media. They view the media as a venue for exploitation and to build up support. As a result, they merge publicity and propaganda and present them as news. Higgins refers to this as “pseudo-publicity.” It also includes the entertainment industry. There are late night monologues. There are situation comedies. There’s TV memes and movie themes.
Overtly, the political warfare uses publicity. They present facts without context and info. This is in order to create an impression and set conditions. Covertly, the effort uses propaganda and infiltration/subversion. Propaganda manipulates information.
Infiltration and subversion “operate to gather intelligence, obstruct legitimate courses of action, provide inside information, and leak sensitive information that undermines the leadership and suppresses the morale of friendly elements.” Moreover, “The endgame is concealed and may involve illicit activities.” Higgins cites Title 18, the main federal criminal code.

They view the media as a venue to be exploited and to build up support.

They repeat these narratives and spread them all over.

The goal is to create Trump fatigue. They claim there’s treason. A “Putin puppet.” They label him a “racist, sexist xenophobe.” They label his supporters racist.

Higgins compares the attacks to the political opposition of Abraham Lincoln. If his enemies had taken down Lincoln, they would have destroyed the country. “The defense of President Trump is the defense of America.”

He describes the White House’s response as “intensely reactive, severely under-inclusive and dangerously inadequate to the threat.” He warns, “The president can either drive or be driven by events; it’s time for him to drive them.”

Agree With Liz Cheney That It ‘Could Well Be Treason,’ or be ‘Jejune’