‘Where is Your Faith?’ 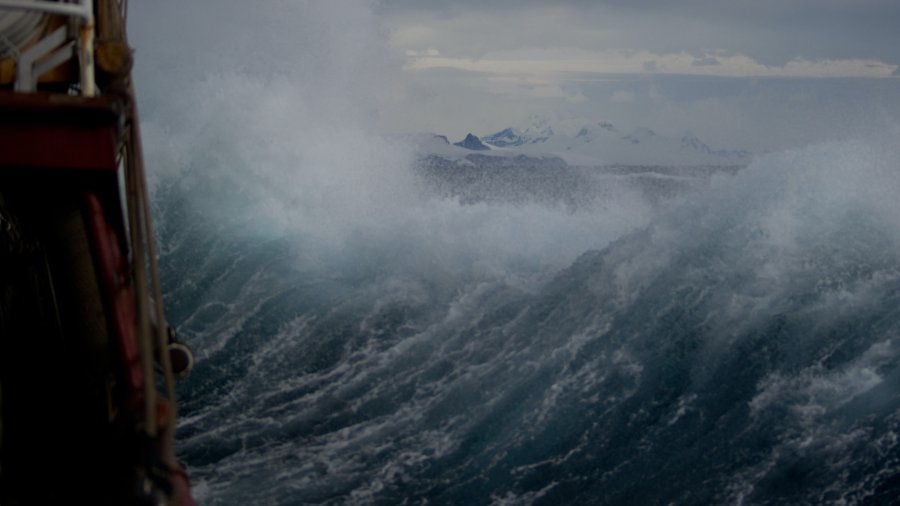 The question was surprising, given the circumstances. The disciples were in a boat with Jesus, crossing a lake, when a terrible storm arose. But Jesus was soundly asleep in the boat, completely oblivious to the danger surrounding them.

With the winds raging and the waters convulsing and the boat ready to go down, the disciples stirred Jesus from His sleep, crying out, “Master, we are going to drown!”

Luke records that, “He got up and rebuked the wind and the raging waters; the storm subsided, and all was calm.”

And that was it. Even more suddenly then the squall came down on the lake, it was gone.

What a shocking, breathtaking turn of events. What a demonstration of divine power. What a reminder that this man in the boat was more than an ordinary man. He was the Son of God.

It was then that Jesus asked the stunned disciples a surprising question: “Where is your faith?”

More Than They Expected

But they didn’t answer Him directly. Instead, Luke writes, “In fear and amazement they asked one another, ‘Who is this? He commands even the winds and the water, and they obey Him.’” (See Luke 8:22-25.)

Put another way, they were saying to each other, “We knew our Master could heal the sick and drive out demons and even raise the dead. And we believe that He is our promised Messiah. But we didn’t realize that He had this kind of power. Even nature obeys Him!”

Really now, if He, the Son of God, was in the boat with them, why on earth should they be afraid?

So, they were waking Him up because they feared they would die, and He, after all, was their leader. But to respond like this, with such decisive power? It was more than they expected.

It was against that backdrop that Jesus asked why they had so little faith. Really now, if He, the Son of God, was in the boat with them, why on earth should they be afraid?

But that is human nature, and often, we find ourselves in the very same spot. Where is our faith?

Won’t He Do It Again?

Recently, at a personal prayer retreat, I sensed the Lord asking me that same question personally: “Where is your faith?”

I had been praying earnestly about our ministry work, assessing as realistically as I could where we stood at this present time and comparing that to the promises the Lord had given me over the years.

Was I deceiving myself in expecting to see God do much more in the days ahead? Was I being unrealistic? Was I guilty of exaggerating the scope and calling of our ministry?

It was then that I heard the same inner voice that I have heard many times before, an internal voice but not the product of my own thoughts. Many of you have heard that same voice over the years. It is the voice of the Spirit speaking to us.

With my inner ear I heard those simple but piercing words: “Where is your faith?”

Immediately, I was reminded of the many things I have seen God do over the years and of the many promises He had fulfilled. Immediately, I understood what the Spirit was saying to me: “If I proved My faithfulness to you in the past, time and time again, bringing to pass the things I promised you, won’t I do everything else? If I answered the prayers you prayed for decades, won’t I answer the rest?”

Should I Continue to Believe?

Interestingly, by nature, I am an extreme optimist, and the way I live my life, consciously or unconsciously, can be summed in these words: “Today is good. Tomorrow will be better.”

That’s just how I think, even when it’s unrealistic, to the point that our younger grandson said to me when he was 14, “Grandpa, sometimes you’re just too optimistic.”

But it was for that very reason that I was praying with such earnestness and honesty about the unfulfilled promises to me and our ministry.

“Lord, I don’t want to deceive myself. I don’t want to exaggerate. I don’t want to live by empty optimism. And I certainly don’t want to fall into presumption. But I feel so sure that we are called by You to see so much more than we are currently seeing, all for Your honor and glory. So, should I accept the current reality, or should I continue to press in and believe for massive breakthroughs?”

That’s when I heard in response, “Where is your faith?”

Instantly, I felt lovingly rebuked by my Father, yet deeply encouraged as well. Not a promise from the Lord will fall to the ground!

As Paul wrote, “The one who calls you is faithful, and He will do it” (1 Thessalonians 5:24). And, “being confident of this, that He who began a good work in you will carry it on to completion until the day of Christ Jesus” (Philippians 1:6).

That’s also why he wrote to Timothy, “Timothy, my son, I am giving you this command in keeping with the prophecies once made about you, so that by recalling them you may fight the battle well, holding on to faith and a good conscience” (1 Timothy 1:18-19a).

And that’s why I have written this article — for you, not for me. To encourage your own faith, not simply to recount my own story. To urge you to take hold of the prophecies given to you, and stirred afresh by those words, to fight the good fight of faith.

With all my heart, I believe that, at this very moment, the Lord is stirring fresh faith from His people, many of whom have become discouraged and weighed down with the trials they have experienced in recent years.

Will things ever turn around? Will the pain and confusion ever stop? Will God really manifest His hand? Will the burdens ever lift?

To each of us who are doubting and questioning and wondering, He says with love and tenderness, ‘Where is your faith?”

I encourage you to remind yourself of the many things the Lord has done for you in the past and the many promises He has already fulfilled. The fact that some of you are even alive is a miracle, while others can clearly look back and say, “If not for the Lord’s grace, I would not be here today.”

So, remind yourself of the promises. Recount the faithful acts of God. Renew your mind according to the testimony of the Word. And watch what He will do.