When the State Kills the Innocent: Ex-Cop Derek Chauvin and Governor Andrew Cuomo 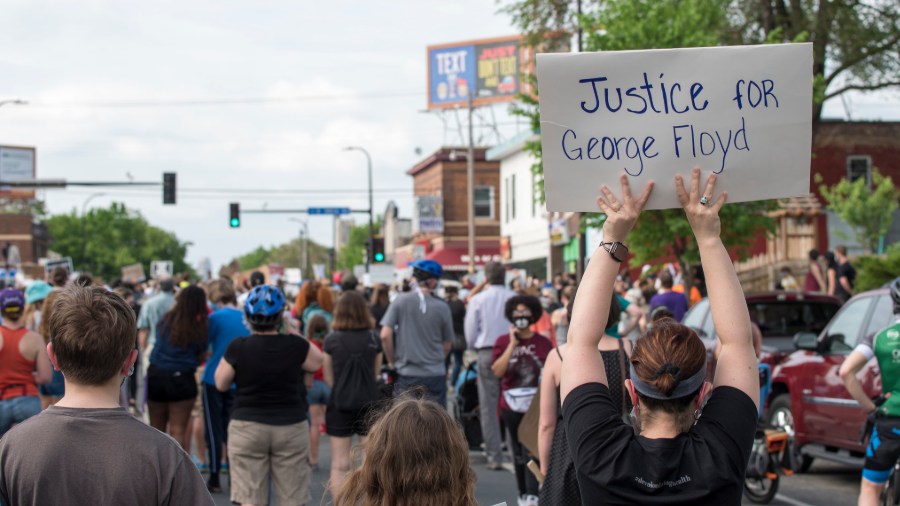 I honestly don’t understand why there were riots in Minneapolis and not across New York State, too. Maybe it’s because we don’t have grueling video of veterans, grandmas, and other nursing home patients gasping for air, then dying, all caught on camera. Dying because N.Y. Gov. Andrew Cuomo dumped virus patients on their nursing homes, instead of sending them to the empty U.S.S. Comfort or the Javits Center field hospital.

If such video existed — if nursing homes didn’t stand locked down from family, friends, clergy, or reporters — the sons and daughters of needlessly dead New Yorkers might well march on the state house, or Cuomo’s home. As he richly deserves.

George Floyd, Victim of the State

Thank the Lord that we have video in the case of poor George Floyd. He’s our fellow American who got choked to death by Derek Chauvin, with the aid of three other cops, in Minneapolis. By every piece of evidence we have, Floyd had proved cooperative with cops when they arrested him for the non-violent crime of forgery. Minnesota seems to stand on solid ground accusing Chauvin of third-degree murder.

As that state’s statute reads, it applies to: “Whoever, without intent to effect the death of any person, causes the death of another by perpetrating an act eminently dangerous to others and evincing a depraved mind, without regard for human life … .” From everything I’ve seen, Chauvin deserves to serve the maximum sentence of 25 years in prison for his deadly attack.

Watching the attack on George Floyd sickened me, as it did President Trump. I thought of Floyd as a fellow citizen, choking on the State’s monopoly of power.

There is circumstantial evidence that this crime might have a personal angle. Chauvin apparently knew Floyd — they’d worked the same shifts as security guards at El Nuevo Rodeo club. Was there bad blood between them? If the state can prove that, the charges against Chauvin could escalate. For now, however, it’s best that the state stick with charges it can definitely make stick. If it overreached, and got Chauvin acquitted, that would give rioters and looters a new excuse to burn down black neighborhoods. And shatter any effort at national unity — the way it’s already gone down this week.

The comments of one black musician online touched my heart.

Now this unity and sympathy has been divided, diluted and misdirected as people fight on the streets, steal from their neighbours, and torch their own communities.

I’ll say it again. Some people thrive on division and anger. They don’t want solutions.

Exactly how I feel. As I wrote in reply:

The looters in Minneapolis no more represent black Americans than the neo-Nazi thugs in Charlottesville represented me.

Watching the attack on George Floyd sickened me, as it did President Trump (who has handled this crisis wisely). I thought of Floyd as a fellow citizen, choking on the State’s monopoly of power. All it took were outside agitators flying into Minnesota, then goading a mob to torch a police precinct, to replace my thoughts of the late Mr. Floyd with primal fear. Suddenly I was reflecting on the mobs in Paris in 1789 and St. Petersburg in 1917. Instead of wondering how to prosecute a bad cop, I was thinking about how much deadly force was appropriate to use against violent looters.

Well played, blue-state Minnesota. Your mayor backed the rioters, your D.A. dithered for days before charging Chauvin, and your police surrendered their building. Good on you for having a “duty to retreat” law, which forbids store-owners from using force to protect their property. Why does anyone still willingly live in Minnesota, I wonder?

Meanwhile back in New York, Governor Cuomo won’t face third-degree murder charges. That crime’s not on the books in New York. Instead he should rightly face charges of second-degree murder. In New York, that requires he’d shown “depraved indifference to human life” and “recklessly engage[d] in conduct which create[d] a grave risk of death to another person, and thereby cause[d] the death of another person.”

When Governor Cuomo ordered that COVID patients be moved from hospitals back to nursing homes, he knew better. He’d already spoke eloquently on television about the need to “save just one life,” and protect our “most vulnerable.” He even cited his own aged mother, Matilda, as an example, and named his new policies “Matilda’s Law.” But Cuomo dumped virus patients on nursing homes anyway, as blue state governors in Michigan, New Jersey, and Pennsylvania did. Even though the beds they were emptying for younger (tax-paying!) citizens never got used. Let juries in each of those states decide if that amounts to “depraved indifference to human life.”

Thousands of Counts of Murder

I’d say it qualifies. How many counts would such governors face? Since some 40 percent of the COVID deaths in America took place in nursing homes (but blue states are being coy about releasing the actual numbers) the only answer is: many tens of thousands of choking deaths, just like Floyd’s.

Stalin once quipped, “A single death is a tragedy. A million deaths is a statistic.” Will we prove him right by letting these governors off the hook? Instead why not imagine each one of these citizens as another George Floyd, snuffed out by the state?