When It Comes to Abortion, Don’t Let the Race Baiters Influence You 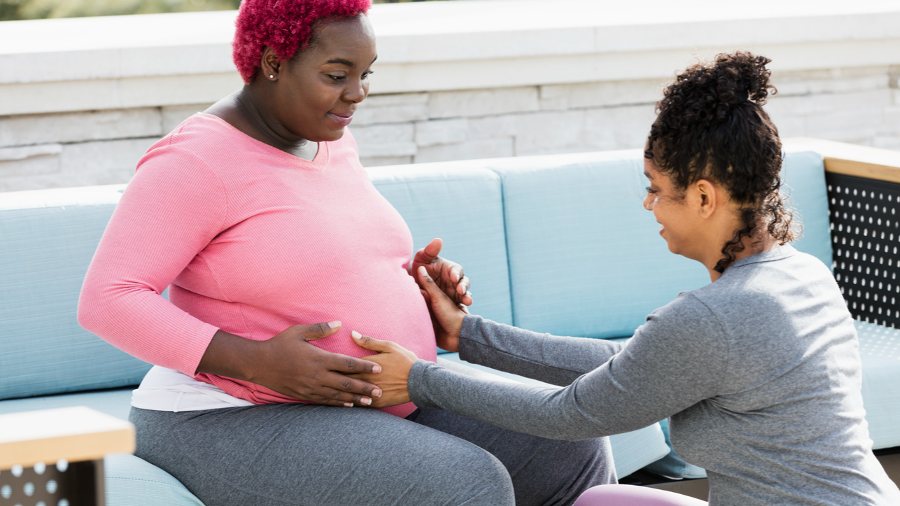 We know the playbook well enough by now. The moment a divisive political issue arises, the Left will immediately exclaim, “White supremacy! Racism! You are just trying to keep Black Americans down!”

We may be calling for free and fair elections for all. The Left will call it voter suppression, aimed at keeping poor Blacks away from the voting booths.

We may be calling for lower taxes for the middle class with the goal of seeing all Americans, especially the lower class, benefit in the process. The Left will say, “You just want to keep poor Blacks in the ghetto!”

So it is today with the debate over abortion. The Leftist race baiters are making this is into an issue about racial discrimination when, in fact, it is nothing of the sort. It is an issue about the sanctity of life.

Simply to Save the Lives of Babies

In fact, anyone who has spent even one hour with pro-life leaders will know there is a singular focus to the movement: saving the lives of innocent babies in the womb. That is it.

In keeping with that focus, there is a desire to help mothers and fathers welcome their child into the world in tangible ways, providing support and guidance as much as possible.

For those who do not want their babies (or feel they cannot welcome their child into the world), there is a strong adoption movement among pro-lifers as well. We will gladly raise your child!

Instead, this is a matter of abortion advocates targeting poor minority communities for decades, either because of eugenics or profitability (once government support was available) or, possibly, misguided compassion.

This means that pro-lifers spend a lot of time working with minority women and babies due to the demographics of abortion.

To suggest even for a split second that this is a racist attack against Black women is as obscene as it is untrue.

Of course, some of these charges are made in dispassionate ways, as in this PBS report from Jackson, Mississippi: “If you are Black or Hispanic in a conservative state that already limits access to abortions, you are far more likely than a White person to have one. And if the U.S. Supreme court allows states to further restrict or even ban abortions, minorities will bear the brunt of it, according to statistics analyzed by The Associated Press.”

When it comes to the effect on minority women, the numbers are unambiguous. In Mississippi, people of color comprise 44% of the population but 81% of women receiving abortions, according to the Kaiser Family Foundation, which tracks health statistics.

So, the argument goes, because Blacks and Hispanics have higher rates of poverty and abortion than do Whites, overturning Roe v. Wade will put a special burden on these minorities. Therefore it is racist, both in intent and in outcome.

The reverse is actually true.

The Truth is Abortion is Racist

Abortion should be recognized as a racist attack against Blacks and other minorities, since a disproportionate number of their children never make it out of the womb. As noted on the ProtectBlackLife.org website, “The leading cause of death in the African American community is abortion!”

That’s why many pro-lifers have referred to abortion as Black genocide, viewing it as yet another societal attack on African Americans.

Responding to this claim, a carefully documented 2017 article in the National Black Law Journal written by Shyrissa Dobbins-Harris says that seeing abortion as a form of Black genocide is a “myth.”

The underlying assumption of this myth is that Blackwomen lack the critical thinking skills to avoid falling into the pitfall of “murdering their babies”. Abortion by Blackwomen is often blamed on white women and their feminism as an insidious tool to further eradicate Black people in America. Prominent believers in this myth range from presidential candidates to religious leaders like Luis Farrakhan and Pastor Clenard Childress. Some Black anti-choice activists also believe that any contraception, or practices which limit the conception of Black infants is an act of genocide against the Black race.

With all respect to Dobbins-Harris, from the pro-life perspective, we do not believe that Black women “lack the critical thinking skills to avoid falling into the pitfall of ‘murdering their babies’.”

To be candid, in all my years of working with some of the top pro-life leaders in the nation, I have never heard anyone even hint at such a notion, not in the slightest. In fact, the argument would shock these pro-life leaders since it never once occurred to them.

Instead, this is a matter of abortion advocates targeting poor minority communities for decades, either because of eugenics or profitability (once government support was available) or, possibly, misguided compassion.

Either way, abortion as the option for unwanted pregnancy has become much more a way of life (pardon the irony of the expression) in these communities. Consequently, the abortion rates are higher.

How else do we explain that more Black babies are aborted than are born in New York City? And how is it anti-Black to say, “This is an outrageous attack against Black Americans, and we want to work together holistically to stop it”?

Interestingly, as noted in the Wall Street Journal in July 2018, “When the Supreme Court decided Roe v. Wade in 1973, polling showed that blacks were less likely than whites to support abortion. Sixties-era civil rights activists like Fannie Lou Hamer and Whitney Young had denounced the procedure as a form of genocide. Jesse Jackson called abortion ‘murder’ and once told a black newspaper in Chicago that ‘we used to look for death from the man in the blue coat and now it comes in a white coat.’”

In fact, a Policy Report on “The Effects of Abortion on the Black Community,” issued by the Center for Urban Renewal and Education in June 2015, quoted a pro-life Jesse Jackson from 1977.

Politicians argue for abortion largely because they do not want to spend the necessary money to feed, clothe and educate more people. Here arguments for inconvenience and economic savings take precedence over arguments for human value and human life… Psychiatrists, social workers and doctors often argue for abortion on the basis that the child will grow up mentally and emotionally scarred. But who of us is complete? If incompleteness were the criteri(on) for taking life, we would all be dead. If you can justify abortion on the basis of emotional incompleteness, then your logic could also lead you to killing for other forms of incompleteness — blindness, crippleness, old age.

Sadly, as noted by the WSJ, “In the intervening decades, those views shifted. Mr. Jackson abandoned the pro-life ship to run for president in 1984, and leaders of black civil-rights organizations today are joined at the hip with abortion-rights proponents such as Planned Parenthood. A Pew Research Center survey taken last year found that 50% of Hispanics, 58% of whites and 62% of blacks now say abortion should be legal in all or most cases.”

In that light, it is a highly effective political tool to call the overturning of Roe a white supremacist act that specifically targets Blacks.

I urge you not to fall for that deadly lie.

What Many of Us White Americans Still Do Not Understand