When Humpty Dumpty Writes the Dictionaries 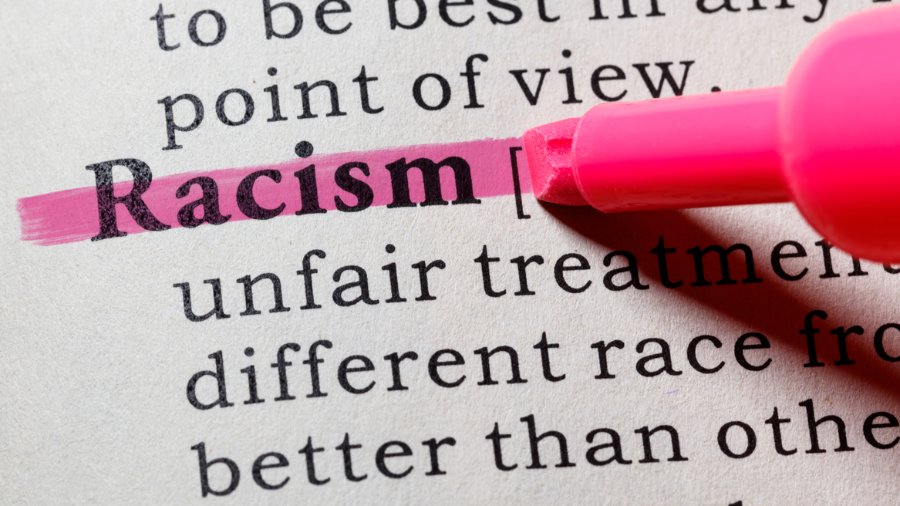 On July 14, I tweeted, “There’s a new definition of racism which claims that only the dominant culture can be racist, but that is patently false. If you hate or judge or mistreat another person because of their race, you’re a racist, whether you’re in the minority or not. The sword cuts both ways.”

I’m aware, of course, that for some people this is a matter of semantics. But all too often, I’ve seen this new definition serve as a cloak for racial hatred, the mentality being, “If I’m in the minority, I can hate and despise those of another race without being a racist.”

Put another way, based on the new definition, racism is a one-way street.

So, you can hate whites as whites. You can treat whites in the ugliest ways simply because they are white. You can consider whiteness to be sinful and inferior. But if you live in a white majority country, you are not a racist.

Conversely, you can hate blacks as blacks. You can treat blacks in the ugliest ways simply because they are black. You can consider blackness sinful and inferior. But if you live in a black majority country, you are not a racist.

I’ve seen this new definition serve as a cloak for racial hatred, the mentality being, “If I’m in the minority, I can hate and despise those of another race without being a racist.”

All that is preposterous. After all, if you were a member of the KKK in America, an out and proud, white supremacist racist, and for some reason, you had to relocate to Nigeria, would you then cease to be defined as a racist because you are in the tiny minority?

Redefinition of Racism to Suit a Political Viewpoint

Dez’Ray responded to my tweet, saying, “NOPE. What you are describing is prejudice. Racism = Power + Prejudice”

I answered, “Nope. That’s the new definition. People arbitrarily changed the meaning of a word to suit a political viewpoint. Come up with a different word to describe a real problem; don’t change the historic meaning of another one.”

Dez’Ray countered with, “THE DEFINITIONS OF WORDS CHANGE ALL THE TIME. GO ASK A LINGUIST.”

Dez’Ray answered, “If you say so.”

And then, “You should not at all be speaking on this, considering that you are clearly showing that you know so little. There is nothing wrong with taking the time to better educate yourself.”

I answered, “Ph.D. in Near Eastern Languages and Literatures. The issue is that people feel free to engage in all kinds of racial hatred, yet if they’re the minority, they say, ‘But I can’t be racist.’ It’s a cover-up for sinful attitudes.”

Dez’Ray replied, “Nah. I’m not interested in what you all have to say. I unfollowed the account that put your ignorant dribble on my timeline. Good day.” Then added: “And I muted this conversation so have fun speaking to each other in your [expletive phrase] of knowing nothing.”

What a lovely, open-minded, willing-to-learn attitude!

I replied, “You are the perfect illustration of the very attitudes we are exposing. May you become a pursuer of truth!”

These days, facts and information don’t matter. Opinion is what counts.

Educational background is irrelevant. You are ignorant if you disagree.

And note how, in the course of just a few tweets, the arrogant insults intensified: “you are clearly showing that you know so little”; “take the time to better educate yourself”; “ignorant dribble”; “your [expletive phrase] of knowing nothing.”

Oh, the bliss of being enlightened!

What makes this all the more pathetic is that Merriam-Webster has now agreed to change its definition of racism, prompted by a complaint from one person.

As reported on Vox.com on June 10, “Merriam-Webster has a new definition of ‘racism.’ The revised definition will include systemic oppression.”

According to the article, the Merriam-Webster definition that was current as of June described racism as:

a belief that race is the primary determinant of human traits and capacities and that racial differences produce an inherent superiority of a particular race.

a: doctrine or political program based on the assumption of racism and designed to execute its principles

b: a political or social system founded on racism

All clear, and all good.

But then Kennedy Mitchum, “a black woman who hails from Florissant, Missouri, a city just north of Ferguson, wanted the dictionary to provide a more detailed definition, one that includes an explanation of systemic oppression. She grew tired of having conversations about racial injustice, just to have people point to the dictionary as a defense for why they’re not racist.”

In other words, if someone had a different perspective on social or cultural issues but genuinely held to the equality of the races, that person could say that he or she was not a racist. Yet in Mitchum’s eyes, they were racist.

Humpty Dumpty: A Word Means “Just What I Choose It to Mean”

As she explained to CNN, “I kept having to tell them that definition is not representative of what is actually happening in the world. The way that racism occurs in real life is not just prejudice, it’s the systemic racism that is happening for a lot of black Americans.”

Why not use modifiers like, “racist systems” or “race-based inequalities”? Why redefine racism?

But then why not refer to systemic racism and give examples of it? Why not demonstrate the argument rather than change the very meaning of a clearly-defined word? Why not use modifiers like, “racist systems” or “race-based inequalities”? Why redefine racism? Isn’t the “ism” clear enough in terms of how it relates to race?

To Mitchum’s shock, Merriam-Webster editor Alex Chambers replied: “While our focus will always be on faithfully reflecting the real-world usage of a word, not on promoting any particular viewpoint, we have concluded that omitting any mention of the systemic aspects of racism promotes a certain viewpoint in itself.”

Not only so, but Merriam-Webster said it will “revise the entries of other words that are related to racism or have racial connotations.”

Welcome to the new reality.

As Humpty Dumpty explained to Alice in Wonderland (with a scornful tone at that), “When I use a word, it means just what I choose it to mean — neither more nor less.”