Answering the hostile response to my article on CNN host Anderson Cooper and his son. 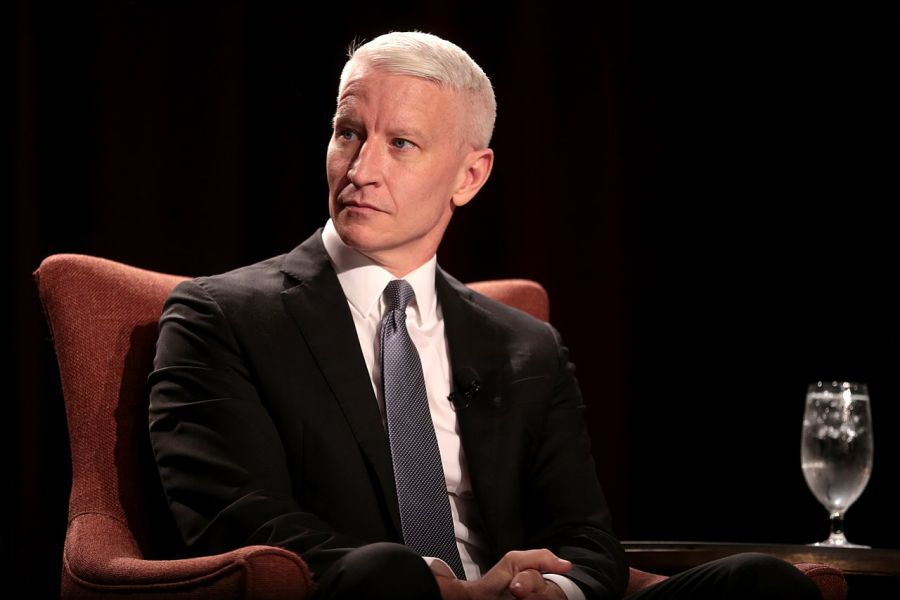 When I mourned the fact that Anderson Cooper’s son would not have the benefit of being raised by his mother, I was not expecting to be applauded by the left. Still, it is ironic to see expressions of genuine concern for the well-being of a child equated with hatred and bigotry.

Anyone reading my article or watching my video will see that I did not attack the CNN host as a human being. I did not question whether Cooper would be a devoted father. I did not demean him for being gay.

I simply pointed to the close relationship he had with his mother and the importance of that relationship, saying that it was sad his own son would not enjoy that in his life. This is the voice of love, not hate, the voice of concern, not bigotry.

Yet for those who reject the ideals established by our Creator, good becomes evil and love becomes hate.

In February, 2015, before the Supreme Court ruled on redefining marriage, Katy Faust, herself the daughter of a loving gay parent, wrote to Justice Kennedy.

She noted, “When two adults who cannot procreate want to raise children together, where do those babies come from? Each child is conceived by a mother and a father to whom that child has a natural right. When a child is placed in a same-sex-headed household, she will miss out on at least one critical parental relationship and a vital dual-gender influence. The nature of the adults’ union guarantees this. Whether by adoption, divorce, or third-party reproduction, the adults in this scenario satisfy their heart’s desires, while the child bears the most significant cost: missing out on one or more of her biological parents.”

She continued, “Making policy that intentionally deprives children of their fundamental rights is something that we should not endorse, incentivize, or promote.”

And, she added poignantly, “Talk to any child with gay parents, especially those old enough to reflect on their experiences. If you ask a child raised by a lesbian couple if they love their two moms, you’ll probably get a resounding ‘yes!’ Ask about their father, and you are in for either painful silence, a confession of gut-wrenching longing, or the recognition that they have a father that they wish they could see more often. The one thing that you will not hear is indifference.”

Writing four years later, Faust referred to “the Supreme Court’s logic in Obergefell, which sees marriage as a vehicle for adult fulfillment that has nothing to do with the natural rights of children.”

Yet it is the natural rights of the children that must be paramount. And it was those rights that I referenced with Anderson Cooper’s son.

What were some of the responses I received on social media?

One comment was short and sweet: “Selfish christofascist bigot.”

What is selfish about hoping a boy could know his mother? How is that bigoted, let alone fascist?

Another was a bit more pointed: “You are a such a deplorable [expletive.] Grow the [expletive] up and mind your own business.”

Actually, I would have gladly minded my own business had not an aggressive LGBTQ agenda bombarded us with its aggressive agenda for more than four decades. As classically expressed by the gay strategists Marshall Kirk and Hunter Madsen in 1989, “We mean conversion of the average American’s emotions, mind, and will, through a planned psychological attack, in the form of propaganda fed to the nation via the media.”

Another claimed to be read my mind, saying: “You are the saddest human ever…who are you to judge…God help us from ignorant people like you. You don’t care about the child… all you care about is your homophobia.”

All clear. My article points to Anderson Cooper’s relationship with his mother and how it is not fair to willingly deprive his son of the same. This proves that I “don’t care about the child.”

And then this: “And this is why I stopped going to church. It seems all Christians are capable of anymore are judging and hating. God’s main commandment was to love others. And yet the church just loves to throw stones even though God said let he who is without sin throw the first stone. Why aren’t more people turning to God? Because his people are not showing his love.”

Actually, if this person (a woman) spent any quality time in any of the thousands of solid churches in America, she would have encountered a lot more loving and caring than “judging and hating.” She would have met Christians from all backgrounds of life, themselves forgiven of heinous sins, now welcoming and loving others. And, it’s likely that if she did hear a sermon on homosexuality, she would have also heard 100 (or, 1,000) on God’s love and grace.

Thankfully, many people are turning to God, in America and around the world, including many who identify as LGBT and beyond. They are also being told that, because God is love, He wants what is best for us. He also wants His best for Anderson Cooper’s son too. How is that hateful or bigoted?

That’s why I ended my article saying, “But it is love that compels me to write. What is best for Wyatt Morgan Cooper?”

Yet for those who reject God’s ways and God’s Word, that expression of love is construed as hate.

This is what happens when we depart from His plan for our lives. The whole world gets turned upside down.

Only through the gospel can it be turned right side up again.