When a Good Quarterback Gets Sacked by Political Correctness

A lesson in the importance of fortitude in the face of the mob. 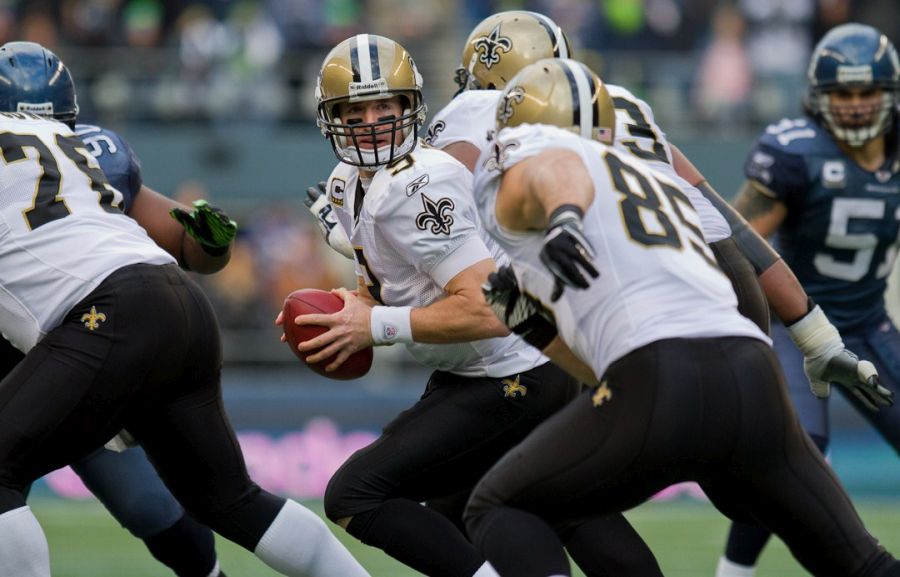 Some think that fortitude is a mere expression of physical prowess and raw strength.

Thus, for example, a quarterback like Drew Brees shows a lot of courage by being out there on the field. He is the focus of the entire defensive line whose purpose is to bring him down. These very strong and muscular men will hit him with great force that could lead to injury. It takes fortitude to confront such dangers.

He must also lead his team to victory with his prowess. He must display physical skills and bring his team down the field. He must make controversial and risky calls. Everything depends upon him. His leadership role also takes fortitude since he must overcome surprises, obstacles and fears of failure.

However, fortitude involves much more than facing physical threats and obstacles. It often takes more courage to face public opinion than a physical brute. The scorn of others can cause the strongest man to quiver in fear. Moral courage is much more valuable to the character of the person than mere physical abilities.

Recent comments by New Orleans’ Saints quarterback Drew Brees created a controversy that illustrates this important point. Here was a Christian man who has led his team to many victories, including Super Bowl XLIV. He was also an outstanding member of the New Orleans community, pouring millions into helping to rebuild after Katrina.

However, his “politically incorrect” comment set off a firestorm in which even his teammates turn against him, calling him an elitist full of “white insensitivity” living in his own world.

What was his crime? The famous sports figure made an innocent comment that he would “never agree with anyone disrespecting the flag of the United States of America or our country.”

In normal times, this would be a typical patriotic statement. It expresses love for the country. He was referring to the disrespectful (if trendy) practice of “taking a knee” during the playing of the national anthem at games. The dishonorable practice started with Colin Rand Kaepernick, then-quarterback of the San Francisco 49ers. Brees assumed he could express his opinion about the practice even if others disagreed.

However, in these times of political correctness, such a statement, expressing a personal opinion, brought down upon him the scorn of the media and liberal establishment. He had to face the mob and the risk of losing his job. This situation called for him to be as strong off the field as he is on it. He had to make a decision that required fortitude by standing up for his convictions, for principle, and the honor of our flag and national anthem.

The intense pressure had its effect. Mr. Brees prompted apologized for his statement, not only once but twice. Indeed, the very Brees who faced charging linemen retreated in the face of the media blitz that overwhelmed him.

He chose the worst of all options. Most of those whom he sought to appease will never forgive him and will always demand further concessions. His apologies will likely never be enough and will mark his career from now on. On the other hand, many who’ve supported him have lost respect for him because he would not stand up for the national anthem and his convictions.

I mention Brees not to pile on, but to point out that he is far from alone. The quarterback is a symbol of a greater issue.

America today lacks men who take the virtue of fortitude to the peaks of heroism. People are too easily persuaded to conform to whatever seems popular at the moment with the enraged mob. (Take Big Apple Mayor Bill De Blasio and his latest fumble. In a mere 48 hours last week he went from rejecting outright the idea of cutting police funding to embracing it with the enthusiasm of a New York Giants cheerleader.)

These are dangerous times. People are surrendering their freedom to express themselves. However, sometimes all it takes to change society for the better is for a single hero or a group of brave individuals to challenge and call out the culture. When such heroes move and assert themselves on the public stage, the riotous mob quickly and shamefully goes silent and disperses.

Leaders who are exemplars of fortitude get things done. They do what is right for America. They are driven by principle and honor. They despise mob opinion and media-forged groupthink.

The Virtue of Fortitude

Fortitude is the virtue by which the appetites and passions are guided by the rational soul with courage and constancy. It allows reason to dominate when situations cause fear and vacillation. The person shines with constancy and courage. The virtue educes the respect and admiration of others.

Indeed, fortitude helps people brave the greatest dangers and resist intense persecution and obstacles so that they might achieve their goals. Saint Thomas Aquinas cites Cicero (Rhet. ii), who affirms that “fortitude is the deliberate facing of dangers and bearing of toils.”

Those who practice fortitude in heroic measure risk losing all. In the end, they gain everything, even if defeated. They keep their honor and self-respect intact. America needs leaders that can show this fortitude in the trying times ahead.

John Horvat, II is a scholar, researcher, educator, international speaker and author of the book Return to Order. He is vice president and a member of the board of directors for the American Society for the Defense of Tradition, Family and Property.