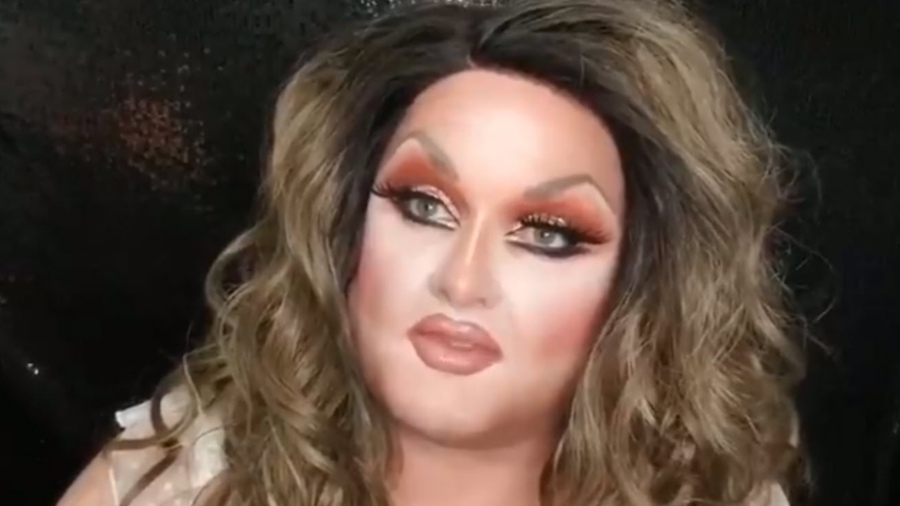 You know that American culture has hit an all-time low when it takes a drag queen to tell “woke” parents to keep their kids out of drag bars. Who would have thought?

In the News: Drag Queens with Children

I just did a search for “drag queen lectures parents,” looking for articles related to the subject of this article. The results of the search were telling, yielding headlines like this on a wide variety of drag-related stories:

What on earth is going on?

There is even a debate as to whether or not a drag queen flashed toddlers during a recent reading event. I am not making this up.

Adding to this madness is the new phenomenon of little boys being celebrated as drag queens, most famously the little boy known as Desmond Is Amazing. And little Desmond actually performed in a gay bar, leading to a firestorm of criticism. Reporting on this controversy, Pink News reported that, “Drag kid Desmond is Amazing’s mum defends gay bar performance.”

Well, one drag queen has said enough is enough, scolding parents for the insane practice of bringing their children into gay bars where drag queens perform.

As reported by Will Maule on Christian Headlines, “A popular drag queen known as ‘Kitty Demure’ has issued a stark warning to parents who are seeking to involve their children in the crossdressing scene.”

In the video, which is going viral, “Kitty” asks pointedly, “What in the h*** has a drag queen ever done to make you have so much respect for them, and admire them so much, other than put on makeup and jump on the floor and writhe around and do sexual things on stage?”

How in the world did drag queens, who are almost all gay men, become exemplars for our children? What on earth happened to our society that the American Library Association could actually support Drag Queen Story Hours for our toddlers?

Yes, There is a Difference Between Drag Queens and Clowns

In response to one of my articles addressing this perverse phenomenon, some drag supporters protested, “What’s the big deal? Do you have a problem with clowns performing for your children?”

So drag queens are not just like clowns, after all. There is a sexual component to the displays, especially in drag bars.

In the words of “Kitty,” “If you need your child to be entertained by a big human in a costume-wearing makeup, take them to the circus or something.”

Yes, “Kitty” gets it, but the “woke” parents do not: “I understand that you might want to look like you’re with it, that you’re cool and woke … but you can raise your child to be just a normal everyday child without including them in gay sexual things.”

Being a drag queen isn’t as innocent as being a clown.

This was seconded by a commenter who tweeted, “The drag scene is a dirty, rough & tumble lifestyle, rife with promiscuity, prostitution, drugs & crime. Exposing kids to people who live their lives wallowing in such an environment, as if it’s just peachy keen, is child abuse.”

But it is not just “extremely irresponsible” to bring children to gay bars to watch drag queens perform, or worse still, to have your child perform in one of these bars. (Again, the very thought of it is mind-boggling.)

It is also “extremely irresponsible” to bring your children, especially toddlers, to libraries or schools for Drag Queen Story Hours. To underscore the madness of the moment, just watch this video or this one. And then remember that one or more of these drag readers have been exposed as pedophiles. (Even Snopes confirms this.)

Another Reason Kitty is Upset

That’s another reason that “Kitty” was so upset with the unwise actions of these parents. As he noted, gay men have had to combat the pedophile accusation for years. Why, then, implicate them again by bringing little children to their performances? On the flip side, why would other drag queens accept invitations to read to little children if they were so concerned with pedophile accusations?

All the more, then, is his rebuke unsettling, akin to a drug dealer rebuking parents for smoking pot in front of their kids.

To be sure, not all drag queens engage in the behavior “Kitty” described. But many do, while the whole drag costume shtick is a mockery of God’s designs for men and women.

And so, when you share this article with others, offer up a prayer for “Kitty” as well. I’m sure God has a better plan for his life. And pray for these parents who have lost their moral bearings. Even more, pray for their kids.