The House will likely impeach, but the Senate won't convict. 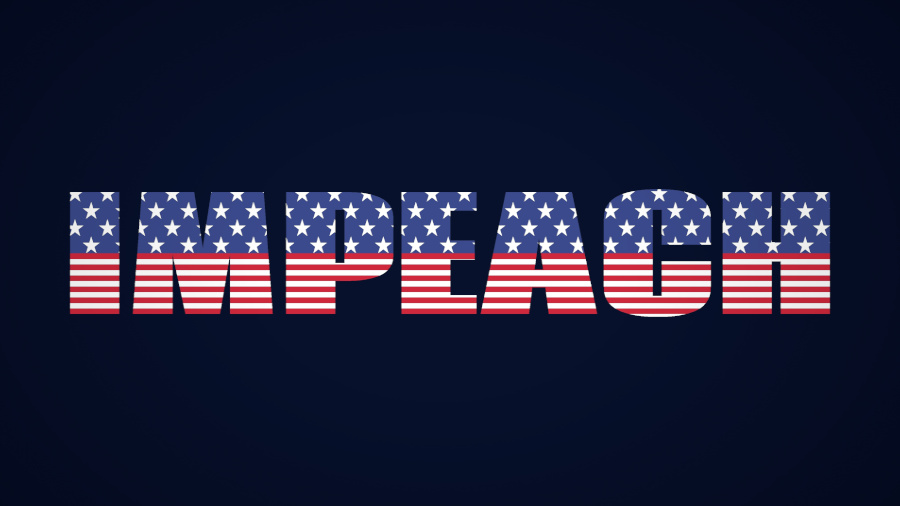 The Democrats think they’ve got Donald Trump. They think he’s guilty of high crimes and misdemeanors and they can prove it. He’s going down. He’ll join Andrew Johnson and Bill Clinton as a president who got impeached. Or so they think.

After two weeks of hearings, the House’s Democratic majority could hold more hearings. That is, if they have more witnesses they think will make the president look bad.  Or the House Intelligence Committee could report to the House Judiciary Committee, with a recommendation to impeach.

Democrats seem confident they already have enough testimony to do that. They believe they have rock solid evidence that Trump committed high crimes or misdemeanors. And if they don’t? They have a majority of the House and almost every single Democratic congressman seems to hate the president. They expect a conviction.

This week, the Intelligence Committee is probably writing up its report. What would happen if the Intelligence Committee sent its report to the Judiciary Committee and that committee decided to go ahead with impeachment? The committee would hold hearings and create articles of impeachment, the actual crimes with which they’re charging Trump. The members would vote on them. If the majority approved any of them, they’d go to the full House for a vote. Democrats say they want to vote on impeachment by December.

It is unlikely that any Republican senators will vote to convict.

The Senate would then likely start its trial in 2020. The Chief Justice of the Supreme Court presides over the trial. Senators act as jurors. Two-thirds must vote to convict for the president to be removed from office. Trump is not required to appear. It is unlikely that more than two or three Republican senators will vote to convict. Only 33 of the Senate’s 51 Republicans would need to vote against impeachment to block it.

So far, several potential key witnesses have refused to testify. They include former National Security Adviser John Bolton, acting White House Chief of Staff Mick Mulvaney, Energy Secretary Rick Perry and Secretary of State Mike Pompeo. Democrats have said they don’t intend to go to court to obtain subpoenas in order to force them to testify.

The House Judiciary has invited Trump and his legal counsel to question witnesses next week. Trump’s team complained that they weren’t allowed to question witnesses during the Intelligence Committee’s investigation. They intend to start on December 4. They have not announced any witnesses, but say there will be legal experts.

So far, Trump has not shown much interest in working with Congress on the impeachment. Presidents Clinton and Nixon participated grudgingly. Trump has been highly critical of the process. He has declared it illegitimate and refused to cooperate. He’s savagely attacked some of the witnesses. He’s blocked key aides from testifying.

A federal court ruled on Monday that the aides must testify if subpoenaed. The DOJ promptly appealed the ruling. Democrats say they will draw an “adverse interference” when Trump prohibits key witness testimony. This means they interpret it as his hiding testimony that would incriminate him.

Another difference between these proceedings and the Clinton impeachment is there was a separate criminal investigation that launched the latter. Kenneth Starr produced the Starr report about his findings to Congress.

Democrats are considering an overall “abuse of power” article against Trump.

Democrats are considering an overall “abuse of power” charge against Trump. It could include bribery or extortion. It could also include obstruction of justice and obstruction of Congress. The articles will be based on the accusation that Trump misused his office to pressure Ukraine officials into investigating a political rival’s son. But it could expand to other issues.

Washington Post deputy editorial page editor Ruth Marcus told NPR that just as it was pretty certain that Clinton would be impeached, it is pretty certain Trump will be impeached. She hinted that it is due to the House being controlled by one party and the presidency by the other party. They only need a simple majority to impeach, which the Democrats have.

But just as sure as House impeachment is Senate acquittal. Since less than half of Americans support impeachment, this process which is going nowhere could backfire on the Democrats. It will be toothless, just like the impeachment of Clinton.