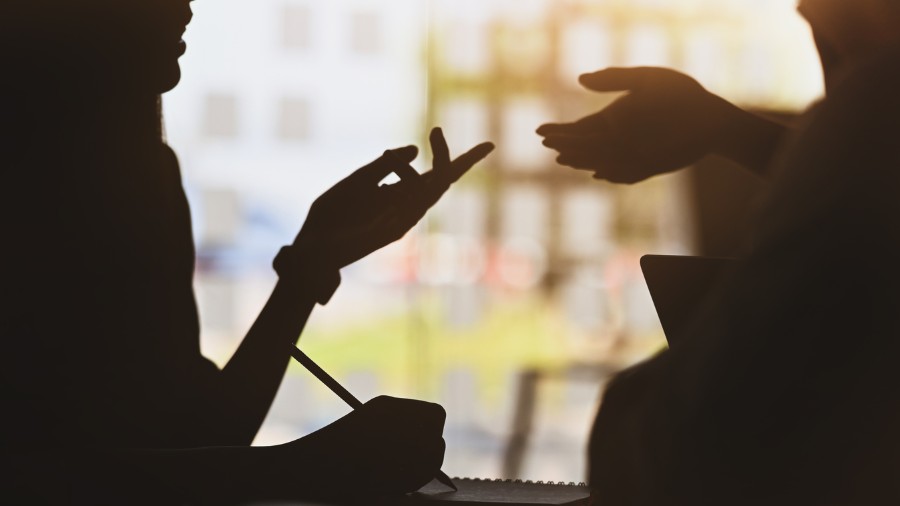 It’s true that the Bible often speaks of completely polar, opposite concepts, including: God and Satan. Light and darkness. Heaven and hell. Righteousness and wickedness. Good and evil. Blessing and cursing.

Yet it’s also true that not everything in life is black or white. Not everything can be put into a clear category of right or wrong.

This reminds me of the story of a rabbi who was counseling a married couple, with his faithful assistant listening in the room as well.

After the husband presented his case, outlining how the problems in the marriage were totally his wife’s fault, the rabbi said to him, “You know, you’re absolutely right.”

The wife, outraged, proceed to present her side of the story, outlining how the problems in the marriage were totally her husband’s fault.

The rabbi then said to her, “You know, you’re absolutely right.”

The rabbi’s assistant, who was supposed to listen but not speak, could not hold himself back, exclaiming, “But rabbi, it’s not possible that he is completely and she is completely right. Their two arguments cancel each other out.”

To be anything other than rabidly dogmatic on every point smacks of weakness or compromise.

To this the rabbi replied, “You know, you’re absolutely right.”

Yet these days, especially on social media, it seems there can be no middle ground, no nuance, no qualification. Everything is totally black or totally white. To be anything other than rabidly dogmatic on every point smacks of weakness or compromise.

I’ve been encountering this day and night in the aftermath of the elections.

Clear and Unchanged on God’s Principles

When it comes to moral and cultural issues, for many years now, my positions have been forthright, clear and unchanged. I am staunchly pro-life, staunchly for God’s order for marriage, the family and sexuality, and staunchly for preserving our religious freedoms.

When it comes to my vote, these issues are at the top of my list (along with the candidate’s stance on Israel), and I have been outspoken about this with consistency and frequency over the years. That’s why I have never once voted for a pro-abortion candidate. For me, personally, that is an unthinkable option.

What I’ve Said Regarding Presidential Politics

When it came to 2016, I voted for Donald Trump because: 1) I was voting against Hillary Clinton’s policies; and 2) I hoped that Trump would keep his word to his Christian conservative constituency.

At the same time, even while voting for him, I raised concerns about his reckless words and about the dangerous emotions he was appealing to. And all along, as a Trump supporter who defended him against unfair criticism, I stated that his presidency could do more than good and I warned us about looking to him as some kind of political messiah.

That was my position on election day, November 3, 2020, when I voted for Trump without hesitation, given that: 1) he had kept his promises; 2) the Democratic Party had lurched even further left; and 3) I felt we could do damage control for the bad aspects of his presidency. (Obviously, in retrospect, that last point is subject to debate.)

Once the elections were over and I saw that many Christians were in a panic, as if the future of America and the Church depended on the reelection of Donald Trump, I began to raise my voice even more, giving the identical warnings I had given the last four years.

The only difference was that the warnings I gave were louder and more frequent, all the more as I saw Christians going into denial and awaiting an almost resurrection-like victory for Trump on inauguration day.

At the same time, even before it was certain that Joe Biden would be our next president, I began to write articles saying that God would have the last laugh, that we were in the midst of a multi-generational spiritual and moral battle, and that the Church could grow even stronger under a Biden presidency.

And of course, for many months before this, I had sounded the alarm as to where the Democrats were going and where a Biden-Harris administration could take us.

How People Have Responded to Me: “Baby Killer”

What, then, are the responses I’ve received? Here’s a representative, paraphrased sampling:

In other words, for simply stating that Joe Biden is, in fact, the 46 president, I am now a baby killer. For urging Trump voters not to put their hope in a man, I am a Trump hater (and I hate those who voted for him too).

Are We Still Able to Think Critically?

What’s more, the responses are often verbatim, as if one person says something and everyone else just repeats it. The wording is the same. The sentiments are the same. A button has been pushed, and out comes the pre-programmed response.

Have we lost all ability to think critically (or simply, to think)? Is everything a reflex reaction?

I’m quite sure many of you reading this article have been put off by some of my previous articles where I listed my pro-Trump history in the opening lines.

You’ve wondered to yourself, “Does this guy have to tell us once again that he voted for Trump and supported Trump? Haven’t we heard that enough? Enough already!”

Actually, I took no pleasure in writing those lines, linking to article after article to prove my point. But I did it for one reason only. The moment I would say, “But I have this concern with Trump,” or, “I’m concerned we’re looking to him in the wrong way,” people would say, “Why do you hate Trump?”

To this moment, if I write an article about how God is still God no matter who is president, I will first restate all the major concerns I have with where the left might take America. I’ll even link to previous articles where I have been sounding the alarm just to give the history and context. Then I’ll write that God is still God.

And what’s a typical response? “Are you saying God is fine with baby killing?” Or, “You obviously have no clue with where the Democrats are going to take America.” Or, “When will you ever say something against Joe Biden?”

I ask again: Is there no ability to digest what we are reading with understanding? Do we even go beyond reading the headline?

It is my common practice to remind my social media followers to please read the article (or watch the video) that is linked before commenting. Yet as self-evident at that seems, the principle is constantly violated.

A few weeks ago, there was an error in the URL I posted on the AskDrBrown FB page, meaning, it did not link to the article in question. Anyone who clicked on the link (or who simply looked at the graphic) would know that in a second.

So, my comment described the subject of the article, followed by the link, with the graphic to the article (the wrong article, I mean) showing. That was it.

Obviously, this is frustrating to me as a communicator. But in the end, I’m not communicating for my sake but for the sake of each of you, my readers. I’m here to be a blessing to you if I can, to minister truth to you, to help you think through important issues.

Yet when everything is simply black or white, when one side is sanitized and the other side is demonized, when nuance is equated with compromise, and when we react to soundbites rather than stop and think, it is very difficult to be of help.

How about we make a fresh commitment to listen before we speak and to understand before we respond? And how about we embrace nuance? Is this too much to ask?

I’ve often failed to do this too, running so fast that I miss someone’s point. I commit to do better as well. Will you join me?

Healing the Relationships Broken by 2020