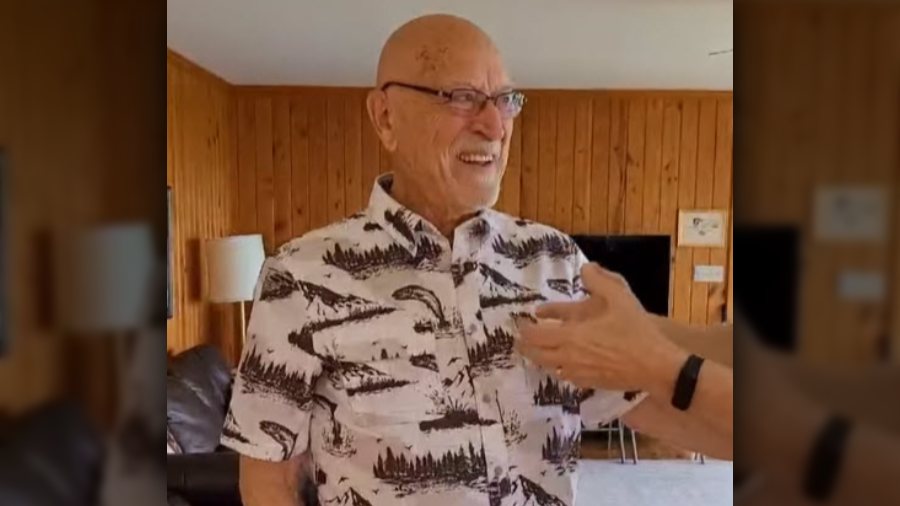 It’s hard to believe Don Finto is 91 years old. Very hard. In fact, unless you actually knew his age, you would have no way of knowing that he was that old. Not from his energy level. Not from the clarity of his thought and speech. Not from his appearance. Not from the firm backslap he greets you with. And certainly not from his overflowing enthusiasm. What is the key to his longevity?

Don, who was born in April 1930, served as a missionary to Germany, returned to the States and earned a Ph.D. from Vanderbilt University while also teaching as a college professor. He then took over Belmont Church in Nashville, Tennessee, which was in serious decline at that point. Under his leadership, the church began to thrive, also becoming the home to some of the best-known leaders in the contemporary Christian music industry.

After retiring from Belmont in 1996, Don launched the Caleb Company, which serves “to equip God’s people” — especially young people — “with His heart and purpose for Israel and the nations.”

Something holy drives him and carries him. He does not stagnate.

Recently, while in Nashville, I spoke to a new group of students in his ministry school. But before the meeting began, I asked him to record a one-minute interview with me where he could explain some of the keys to his longevity.

Now, it’s true that Don is a very healthy eater, following the guidelines of Dr. Jordan Rubin and his Maker’s Diet. But that’s not what Don chose to focus on during our short interview.

Instead, he shared two things. First, he is hungry for more and doesn’t live in the past or dwell in the past, despite the great things he has seen the Lord do over the decades.

So, rather than looking back, he is always looking ahead. Rather than getting nostalgic and, with longing, thinking about the good old days, he is anticipating the next thing God will do.

As I understand His words: because He is hungry for more, He has a reason to live and to thrive. Something holy drives him and carries him. He does not stagnate. Instead, he thrives and continues to grow.

This brings to mind the words of Paul, who wrote (with reference to his ultimate spiritual vision), “Not that I have already obtained this or am already perfect, but I press on to make it my own, because Christ Jesus has made me his own. Brothers, I do not consider that I have made it my own. But one thing I do: forgetting what lies behind and straining forward to what lies ahead, I press on toward the goal for the prize of the upward call of God in Christ Jesus” (Philippians 3:12-14).

The athlete with his or her eye on the prize has a reason to train, a reason to get up early in the morning and go on long runs, a reason to sacrifice and practice discipline and seek to get better each and every day. There are great goals to be reached tomorrow, and so they live with all their might today.

As Don said, “There’s more coming,” and he is doing his best to be part of it.

Second, Don explained that he is “an unrealistic optimist.” And, he said with a smile, “I intend to stay that way.”

That’s because, as he reads the Word, he understands that the wheat and weeds grow together, with both righteousness and wickedness only intensifying as we get closer to the end of the age (see Matthew 13:24-30, 36-43).

And so, when he sees great wickedness, he looks for great righteousness as well. What, He wonders, is God doing in the midst of the darkness? Put another way, if Satan is visibly active, all the more is the Lord Himself active.

This kind of positivity is life-giving and refreshing, in contrast with that hopeless depression that is so draining and destructive. As Proverbs 15:13 says, “A happy heart makes the face cheerful, but heartache crushes the spirit.”

Of course, not everyone is wired like Don Finto, and some, by nature, tend to be less optimistic and less forward-minded.

On the other hand, the Bible states plainly that fullness of joy is found in God’s presence, and that joy is our strength (see Psalm 16:11; Nehemiah 8:8). Plus, in the Lord, there is eternal hope, as the light always triumphs over the darkness, whether sooner or later (see John 1:5; 1 John 2:8).

So, be encouraged by Don’s amazing example, and, in Jesus, live life to the full. He has called us to thrive, no matter the trial, the challenge, the difficulty, the hardship or the pain. As impossible as it might seem at times, He will give us wings to fly (see Isaiah 40:31).

When Mental Health Professionals Recognize the Healing Powers of Spirituality