What We Learn When Bible-Quoting Trump Supporters Spew F-Bombs 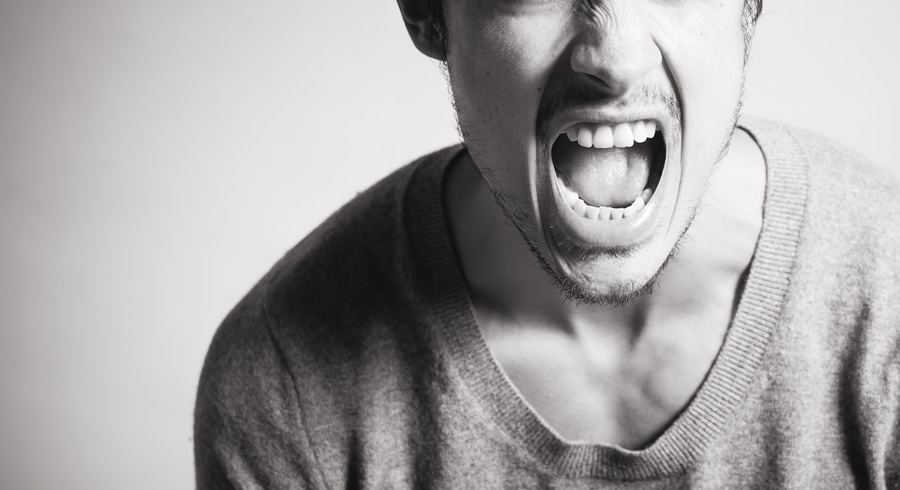 It’s one thing when non-religious supporters of Donald Trump attack their candidate’s detractors in the most profane and vile way. It’s another thing when Bible-quoting, professing Christians do the same. Yet this is a phenomenon I see with increasing frequency. What can we learn from it?

On a daily basis, I receive lovely responses to my articles and videos, with comments like: “YOU’RE A F—ING IDIOT. duuuuumb” (This was in response to my video as to why we should boycott Target. As with all the quotes that follow, the profanity was spelled out in full.)

And, “I’ve never heard such s—. This jerk is a f—ing stupid morn. F— Israel.” (This was in response to my video, “Is Israel an Evil Occupier?”)

And, “D**n Brown is ugly” (This was in response to my video “A Warning to Conservative Christians Supporting Donald Trump.”)

An atheist named Adam took real exception to this same Trump video, with comments including: “AskDrBrown you have been f—ing warned. You subhuman scum, TRUMP 2016. By speaking against Trump you are committing treason against us.”

In fact, it seemed the F-bomb was Adam’s lexeme of choice, as he used it in post after post, even in the most ungrammatical ways. (I doubt he’s losing sleep over his poor grammar.)

And since, in the video, I brought up the issue of Trump’s most recently stated position on abortion, Adam wanted me to know that “IT’S NOT A F—ING BABY if it’s a tiny clump of cells you moron. It becomes a baby during the 3rd trimester. Period. So f—ing shut up.”

But ugly rhetoric like this is not surprising from someone who also wrote, “There is no god. The sky daddy is a f—ing myth. The person who comes closest to a god would be Trump. TRUMP 2016-2028 AND BEYOND.”

What is surprising, though, is when someone starts their comment to this same video with the words, “You are a f—ing idiot!!!!!” and then proceeds to preach to me from the perspective of a Bible-believing Christian. Talk about hypocrisy.

Here’s what Kim M. wrote in full on the AskDrBrown YouTube channel:

You are a f—ing idiot!!!!! Trump will win POTUS and when he DOES and he makes this country great again by getting back ALL THAT WAS STOLEN FROM HER, I am going to laugh in your face, and say, ‘YOU WERE WRONG AND NEED TO SHUT YOUR PIE HOLE MOUTH!’ You are a deceiver and you are leading Christians down a road of utter SUFFERING for speaking against God’s ANNOINTED ONE WHOM HE HAS CHOSEN AND THAT IS TRUMP! You should be ASHAMED OF YOURSELF. Funny how you could not back one thing that came out of your lying mouth with scripture! READ YOUR BIBLE YOU WICKED PLOTTING POS! And I don’t care that I cuss at you because I was made this way, and I KNOW who I AM in The Lord Jesus Christ!!!! You will be held accountable on the day of the great white throne judgement and you will have God asking you, ‘Why have you led my sheep astray!?’ Good luck on THAT DAY, because YOU are going to NEED IT, May God have mercy on you!! Bring on the backlash for my comment. Anyone that gives me crap for this comment, your part of this world’s PROBLEM and know NOTHING! I am confident in what I say here and I will risk it for the sake of the Saints who are true Saints and are WAKING UP!! Like I said before, may the Lord have mercy on you. You deserve what’s coming to you for spreading lies about God’s ANNOINTED one Donald J. Trump!

Yes, this poor soul is rebuking me in righteous indignation for my warning that Donald Trump cannot be trusted to protect the interests of conservative Christians, his critical comments on North Carolina’s HB2 being a case in point. And she is warning me that on the Day of Judgment, God Himself will rebuke me for leading His sheep astray — because I have been critical of Trump.

And she does all this while violating virtually every biblical standard of speech and decorum, all while shouting that she knows who she is in the Lord Jesus.

Yet in this, she is typical of many “Christian” supporters of Trump: they are often more vile than godly, more unruly than reasonable, more worldly than spiritual, and more American than Christian. Kim M. speaks for so many of them.

Somehow, I couldn’t see Bible-quoting supporters of Mike Huckabee or Ben Carson or Ted Cruz defending their candidates with filthy rhetoric like this, yet for Bible-quoting Trump supporters it is hardly uncommon. (I hear from them on a regular basis.)

This is not to deny that there are plenty of gracious, godly, fair-minded Christians who support Trump, believing that he’s the best man for the job. As much as I differ with them, I don’t judge the quality or depth of their faith.

But when we hear how many “evangelicals” are zealously backing Trump, we can be fairly sure that many of them are as spiritually deficient as Kim M., sounding more like the Donald than the Savior.

In this, they provide a sad commentary on much of the nation’s “evangelical” church.

It is as revealing as it is disturbing.

(Note: Since we do not allow profanity on any of our social media pages, when profane comments are spotted, they are immediately removed, with screen shots taken when appropriate for future reference, as here.)

Glitzy Light Shows are Fine, but Jesus is Still More Than Enough

We Have Forgotten How to Blush