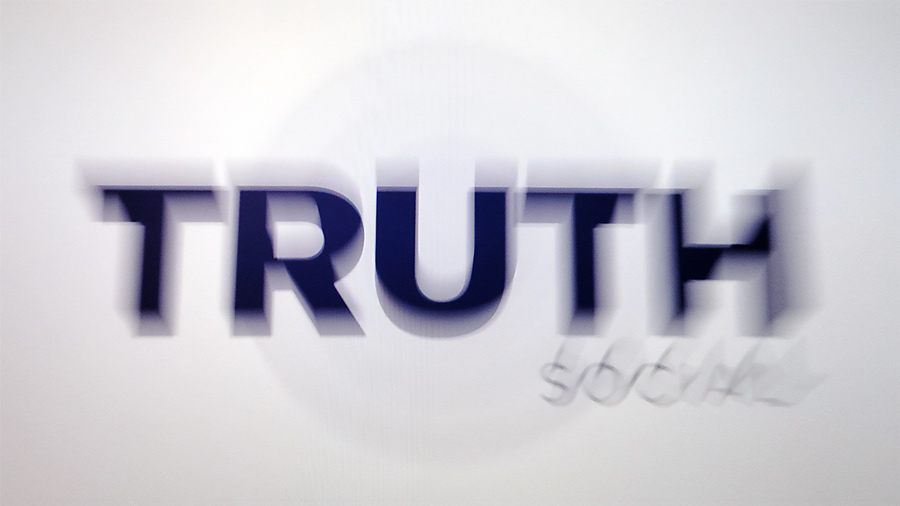 It was Pontius Pilate who famously replied to the words of Jesus, asking, “What is truth?” When Pilate, who had the power to rescind his death sentence, asked Jesus if He was a king, the Lord answered, “You say that I am a king. In fact, the reason I was born and came into the world is to testify to the truth. Everyone on the side of truth listens to me.” Wanting to deflect rather than deal with these spiritual realities, Pilate asked, “What is truth?” (John 18:37-38)

Today, that question has taken on a whole new meaning. And with the announcement of former president Trump’s new social media network called “Truth Social,” that question will now become even more relevant: what, actually, constitutes truth?

In recent decades, many have stopped believing that there is such a thing as absolute morality. Instead, people say, “Well, that may be right or wrong for you, but not for me.”

To quote Trump directly, “I am excited to send out my first TRUTH on TRUTH Social very soon.”

Morality, then, is relative.

The same thing has happened with truth. It, too, has become relativized and personalized. “That may be true for you, but not for me.”

The Falsehood of Relativism

In fact, we now have the somewhat oxymoronic concept of “your truth” or “my truth.” In other words, if you believe something to be true, it is true — at least for you — even if it has no basis in reality. So, if you really believe that your spouse has abused you, even if your spouse has never been physically or verbally abusive, that is “your truth.” And be assured that, today, you are entitled to that truth.

My friend, Dr. Frank Turek, has a great way of challenging these relativistic concepts, noting that “the claims of relativism are self-contradictory and false and therefore should be rejected on logical grounds. Truth is whatever corresponds to the real (to reality).”

He explains, “A good way to test claims or statements is to turn the statement back on itself.”

So, when someone says, “All truth is relative,” you reply, “Is THAT true?”

When someone says, “You shouldn’t judge people! You are being intolerant!,” you reply, “Was THAT a judgment you just made? Were you being tolerant of my view?” Exactly!

What makes things more interesting today is that on Trump’s new social media network, rather than posting “tweets,” it appears that users will post “truths.” (To quote Trump directly, “I am excited to send out my first TRUTH on TRUTH Social very soon.”)

So, whatever anyone posts will be a “truth,” even though the post may have nothing whatsoever to do with truth. And this leads me back to the question, “What is truth?” (If, in fact, the posts will be called “truths,” does that mean that “truth” will also become a verb, thus “truthing” as opposed to “tweeting”? Let’s hope that the answer is no.)

My Experience With the Word and MS Word

When I bought my first PC back in 1985, I also purchased Microsoft Word, bothered a little by the name of the software.

For Microsoft, it may have been totally innocent and quite natural. After all, this was a word processor.

But, since, in my thinking, “Word” with a capitol W meant the Bible, I made it my habit to refer to “MS Word.” It was my personal way of saying, “Microsoft, don’t get too haughty with claims to the ‘Word.’”

It’s fine if that is the name they chose, and others might think that my response was quite petty. But again, on a personal level, I wanted to be sure to preserve the uniqueness of “the Word,” meaning, God’s Word, not Microsoft’s Word.

We Must Preserve the Meaning of Truth

In the days ahead, we’ll have to fight even harder to preserve the meaning of truth, since not only are we living in the midst of relative morality, relative truth, and even relative reality. We’ll also be living in the day when, if Trump’s efforts succeed, we’ll be exchanging billions of “truths” online, many of which will reflect nothing more than our personal opinion. Will “truth” be further trivialized and relativized in the process?

As for the venture itself, in a press release, Trump said, “I created Truth Social and TMGT [the Trump Media and Technology Group] to stand up to the tyranny of Big Tech. We live in a world where the Taliban has a presence on Twitter, yet your favorite American president has been silenced.”

In that regard, I wish him great success. Let us push back against the tyranny of Big Tech and let us even the online playing field. May the so-called “Masters of the Universe” be challenged.

But let us never forget that truth is sacred to the point that real love “rejoices with the truth” (1 Corinthians 13:6) and that God identifies Himself as a God of truth (see, for example, Deuteronomy 32:4).

In that regard, perhaps it’s not too late for Trump to reconsider what the posts on his Truth Social network will be called? There are surely better alternatives than “truths.”

What is Truth? — Ed Newton and John Sanders on LIFE Today Live