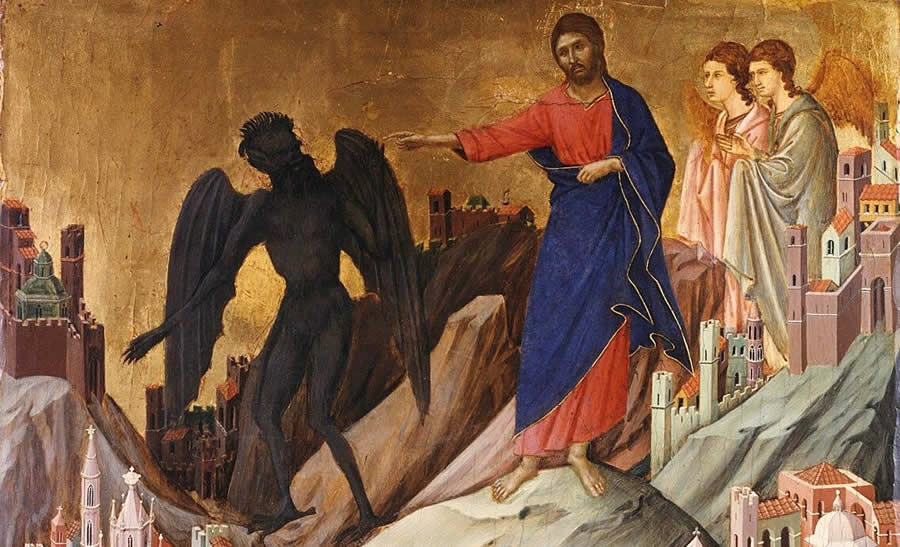 Note: This is a reprint of an article The Stream published last year.

This Wednesday is Ash Wednesday, the start of the forty-plus day period called Lent leading to Holy Week and Easter. It’s supposed to be a time of fasting and repentance — a time to enter into the suffering of Jesus. Eastern Orthodox Christians still treat it as a big deal. Catholics recognize it with little symbolic “fasts,” but few will fast as earlier Christians did. Many Protestants will mark the time by giving something up. And millions of others will pay it no mind.

That’s a problem. Jesus assumed that we would fast, just as he assumed we would pray and give alms to the poor. (See Matthew 6:16.) But these days, we all have excuses for why we can’t or shouldn’t fast.

I’m convinced that if we want renewal in the Church, we need to revive this ancient spiritual practice, especially during Lent. We need to fast not only as individuals, but as members of the Body of Christ. Early Christians are our best guide. After all, they were closest to Jesus in time, place, language, and culture. And they provide us with a shining example of what has been lost over the centuries.

Let’s Start at the Very Beginning

We know that Christians fasted from the very beginning. The Didache, which was written around AD 110 — some 250 years before the New Testament was finally canonized — took fasting for granted. It advised Christians to fast and pray for their enemies (you know, the very ones who at the time might be trying to kill them), and to fast for one or two days before baptism.

Fasting wasn’t unique to them. In part, Christians were following Jewish practice. Even some non-Jewish pagans fasted. But growing tensions between those Gentiles and Jews who followed Christ, and those who did not, led Christians to distinguish their fasts from the surrounding culture. “Let not your fasts be with the hypocrites,” the Didache advises, “for they fast on Mondays and Thursday, but do your fast on Wednesdays and Fridays.” Why those days? Because that’s when Jesus was betrayed and crucified.

These fasts weren’t limited to monks and hardcore ascetics. They were nearly universal among Christians.

Some later Christians rejected fasting as a holdover from paganism or Romanism. But early Christians didn’t think that just because Jews and pagans fasted, they shouldn’t. On the contrary, the Church Fathers argued that fasting was intended for the whole human race. They noted that God’s first command to humanity was to abstain from one kind of food. Adam and Eve could eat the fruit of any tree in the Garden of Eden except for the Tree of Knowledge of Good and Evil. (And they couldn’t even manage to do that!)

“Fasting cleanses the soul, raises the mind, subjects one’s flesh to the spirit, renders the heart contrite and humble, scatters the clouds of concupiscence, quenches the fire of lust, and kindles the true light of chastity.”

“Fasting is as old as mankind itself,” preached St. Basil the Great. “It was given as a law in paradise. The first commandment Adam received was: ‘From the tree of the knowledge of good and evil do not eat.’ Now this command, ‘do not eat,’ is the divine law of fasting and temperance.” Basil took the command to Adam and Eve to be part of more general rule, namely, that sometimes we’re supposed to refrain from eating.

Basil wasn’t alone. All the major Church fathers—including Justin Martyr, Polycarp, Clement of Alexandria, and Augustine — commended fasting. They even saw it as a rule for the whole human race. In a sermon on prayer and fasting, for instance, Augustine — who was not an extreme ascetic — said, “Fasting cleanses the soul, raises the mind, subjects one’s flesh to the spirit, renders the heart contrite and humble, scatters the clouds of concupiscence, quenches the fire of lust, and kindles the true light of chastity.”

Of course, the detailed fasts tied to the Church calendar took a while to develop. Besides the Wednesday and Friday fasts, many Christians began to fast with catechumens (those receiving training in Christian doctrine and discipline) during the six weeks leading up to their baptism and reception into the Church at Easter.

These were perhaps the first truly communal fasts and coincided roughly with Christianity becoming the official religion of the Roman Empire. Christians also came to observe a water-only fast from midnight until the feast of the Mass the next day.

Over the same period, a devotion had grown up around the idea of Jesus’ forty hours spent in the tomb. That number forty, of course, reflects a common biblical theme. In the time of Noah, it rained for forty days. Moses fasted for forty days before receiving the Ten Commandments. The Jews wandered in the desert for forty years, while Jesus fasted in the desert for forty days. It’s no wonder, then, that by the seventh century, a forty-day Lenten fast starting with Ash Wednesday and ending at Easter had become common throughout Christendom.

In my new book, Eat, Fast, Feast, I explain why, over time, most Christians abandoned this spiritual discipline. I also discuss its many physical and spiritual benefits. If you’ve ever thought about fasting, there’s no better time than now. If you begin some sort of fast this Wednesday and persist until Easter (with mini-feasts on Sundays), you will be part of a great concert of Christians all over the world, who will be doing the same thing.

What if Christians of all stripes suddenly fasted and prayed in unison, as Christ prayed in John 17? What would happen if we channeled our extra time and hunger into fervent prayers to the Lord to renew his Church and to deliver us from evil?

We’ll never know unless we try.