What Christian Conservatives Can Learn From the Iranian Revolution 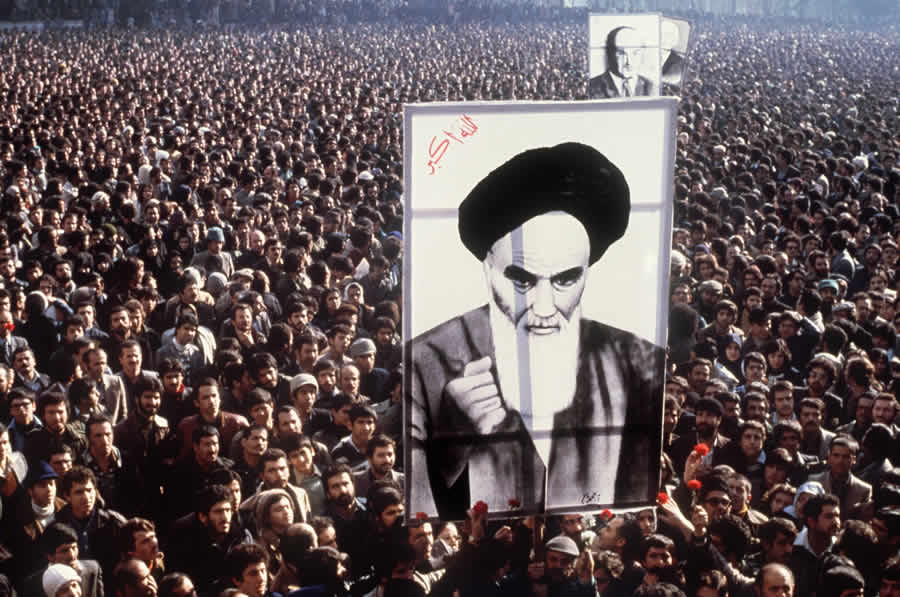 In 1979, Ayatollah Khomeini became the Supreme Leader of Iran, riding in on a tremendous groundswell of public support. The Shah had been forced to flee for his life, Khomeini was welcomed back from exile in France as a national hero, and the Islamic Republic of Iran was born. Today, however, a new poll finds that “only 32% of the population consider themselves Shia Muslims.”

The poll was conducted by the Group for Analyzing and Measuring Attitudes in Iran (GAMAAN), described as “a non-profit institute in the Netherlands, asked Iranians about their ‘attitude toward religion.” The poll involved 50,000 Iranians.

According to the results, “78% of Iranians believe in God, but only 26% of them believe in ‘the coming of the Messiah (Imam Mahdi)’,” which is a major doctrine in Shia Islam.

Remarkably, “Half of the population used to believe but does not anymore and 6% have converted to a new religion.

In short, the people are rejecting a strict Islamic theocracy, which has driven people away from the faith rather than consolidated them in their faith.

What makes this polling data so interesting is that the Iranian Revolution came from the bottom up, meaning, it was the people, led by the Muslim clergy, which toppled the iron-handed, very-secular Shah.

While Khomeini was still in exile in France, his weekly teachings were recorded, duplicated on cassette tapes, and smuggled into Iran, where the clergy preached these same messages in the mosques on Fridays. And the people, revolting against the growing worldliness and anti-religious sentiments in their nation, toppled the regime, welcoming back the austere Khomeini.

As for Khomeini himself, Hamid Algar wrote in 1981 that, “Given the current fame of Imam Khomeini as a revolutionary leader who has achieved a rare degree of success in the purely political sphere, it may appear surprising that he first gained fame as a writer and teacher concerned with devotional and even mystical matters.”

So, Khomeini began his career as a popular, spiritual teacher. But in his mind, the spiritual intersected with the secular and the political.

As Algar explained, “For Imam Khomeini, however, spirituality and mysticism have never implied social withdrawal or political quietism, but rather the building up of a fund of energy that finds its natural expression on the socio-political plane. The life of Imam Khomeini is a clear indication that the Revolution wrought by Islam necessarily begins in the moral and spiritual realm.”

What’s the Lesson for Christian Conservatives?

What, then, can Christian conservatives in America learn from the state of affairs in Iran?

First, changing government leaders and changing laws is important, but changing hearts is much more important. Otherwise, if change is primarily enforced from the outside rather than produced on the inside, there will be a massive backlash. The end will be worse than the beginning.

That’s why I have emphasized repeatedly that we must put spiritual activity before political activity. As I tweeted on May 12, “If only we were as passionate about prayer as we are about politics! The nation would be rocked almost overnight and our own lives would be transformed.”

Second, every generation of believers must have a fresh encounter with God. We learn this from the history of Israel, where the book of Joshua tells us that, “Israel served the LORD during the lifetime of Joshua and the lifetime of the elders who lived on after Joshua, and who had experienced all the deeds that the LORD had wrought for Israel” (Joshua 24:31). The next generation, which did not experience the Lord’s power and grace for itself, quickly fell away.

It is the same with the Church. Grandpa’s stories and Mother’s testimonies will only have relevance for the younger generation when those young people experience the reality of their parents’ and grandparents’ God. Traditions can be passed down. Living faith must be experienced.

Here too, if we do not get this right, there will be a revolt against God and the Christian faith. After all, how many people want strict morals and high standards of living without a personal encounter with the Lord?

Third, contrary to the theocratic worldview of Islam, in which the Muslim faith takes over and rules, enforcing and even coercing adherence, the New Testament method is very different. We are to preach the gospel, declaring God’s love in the power of the Spirit, and as people are born-anew and transformed, they begin to lead different lives.

Within the Church, as Christians start living like Christians, taking seriously the call of Jesus, they begin to shine their light more brightly. And that, in turn, touches the surrounding world in a positive way, drawing more non-believers to the faith while also confronting the social ills of the day.

This is how we fight our battles. And this is what I refer to as gospel-based, moral and cultural revolution, a Jesus revolution.

So, while we should stay involved politically, especially during this critical election season, we must put our priorities in the right place. Otherwise, while making temporary political gains, we will further alienate the next generation.

For some years now, dating back well before the rise of Donald Trump, young people have been turning away from God. And yet these same young people are hurting deeply today.

It is the gospel truth that sets people free.

Is the Antichrist About to Be Revealed?

Israel Should Back an Independent Kurdistan