What Are We Talking About? Understanding the Evolving Definitions of Racism and Related Terms

In order to communicate effectively, we have to understand each other. But sometimes it seems like Americans are speaking different languages. 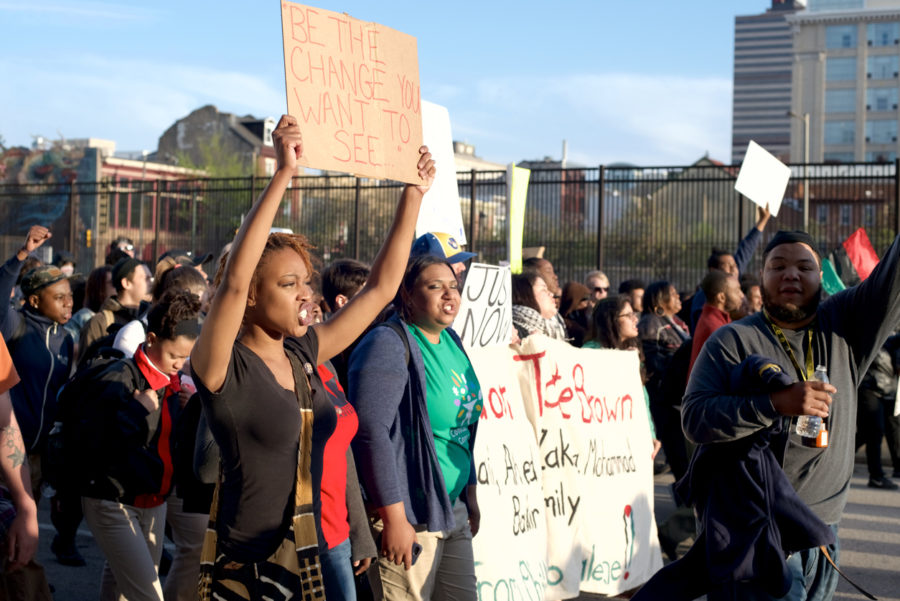 A 2015 Black Lives Matter demonstration in Philadelphia, PA. Younger generations have a broader understanding of "racism."

The Merriam-Webster dictionary announced last week that it is revising its definition of “racism,” expanding it to reflect the “systemic aspects” of racism. To some the move will look like a grasp at a bandwagon.

But as dictionary editor Alex Chambers told The New York Times, definitions are added or revised “when we see large-scale changes happening in language.” And the cultural understanding of “racism,” at least among younger generations, is evolving. After all, it was a recent college graduate, Kennedy Mitchum, who lobbied Merriam-Webster for the change.

In the interest of understanding, here’s a quick look at the way young adults, especially millennials and Gen Zers, are coming to understand “racism” and related terms.

The Oxford English Dictionary defines “racism” as “the belief that one’s own racial or ethnic group is superior.” The Merriam-Webster definition previously included three sections, which also emphasized belief in superiority or inferiority based on race.

To Americans who understand “racism” by these definitions, the constant use of the word is offensive, even dangerous. A common mantra claims, If everything is racist, nothing is. In other words, reserve the “racist” epithet for people who really deserve it, like members of the KKK.

For many millennials and members of Gen Z, however, the definition is more complex. It’s not limited to an explicit, hateful ideology. It’s not always about intent. Under this understanding, someone could do or say something racist unintentionally.

For many millennials and members of Gen Z the definition of “racism” is more complex. It’s not limited to an explicit, hateful ideology.

That’s true. But consider our history. Up until around 50 years ago in the United States, mistreating someone based on their race was common. It was legal. Believing in the superiority of whiteness was the norm.

It’s not far-fetched to think that just a few decades later, remnants of bias remain ingrained in our collective subconscious. Negative assumptions. Inaccurate stereotypes. Policies that negatively affect certain minorities disproportionately. If we’re not directly affected by any of these things, we’re less likely to see them as harmful — or notice them at all. It’s not always a matter of being malicious, but having blind spots.

To younger generations of Americans, “racism” encompasses all of these realities.

Another term sure to kickstart a brawl among your Facebook friends is “white privilege.” Much of white America finds this term unpalatable. As Princeton college student Tal Fortang penned in a viral 2014 essay, his white ancestors had plenty of hardship. Working class whites balk at the idea that their life is easy. But is that what the idea of “white privilege” really means? In short, no.

Google the term and you’ll see that in between Peggy McIntosh’s “Invisible Knapsack” essay in 1989 and megachurch pastor Louie Giglio’s “white blessing” faux pax just days ago, there are various ideas about what “white privilege” entails. What most agree white privilege doesn’t mean is that white people never struggle. It just means that those struggles aren’t the result of skin color. It means that white people’s history in this nation hasn’t been shaped by large scale, targeted mistreatment.

So when someone says you have “white privilege,” most of the time they’re not assuming your whole life has been easy. They’re not alleging that you’ve never worked hard.

The New York Times reported last week that “over the last two weeks, support for Black Lives Matter increased by nearly as much as it had over the previous two years.” But that in itself can be confusing. What is the Black Lives Matter movement? It’s not homogenous. As Dr. Michael Brown noted last week, “When some of us hear the words ‘black lives matter’ we immediately think of the radical leftist organization. … [T]hat is not the case with the vast majority of American blacks.”

As a millennial, I’d say the same is becoming true for the majority of young adults. Millennials and members of Gen Z are statistically more sensitive to modern day instances of racism. Two-thirds believe black people are treated less fairly in the U.S. than white people. So when young adults chant “black lives matter” in the streets or post it on social media, they are first and foremost affirming a literal statement that is inarguably true. Not all are being swept up in a radical leftist agenda, or promoting a particular organization.

Understanding What We Mean

Things would be a lot easier if we all operated under the same definitions all the time. But different generations have different experiences and use the same words in different ways. Millennials and Gen Zers use more “liberal” definitions when we speak about race, but that doesn’t mean we’re all liberals. For many of us, it means that as Christians and conservatives, we’re trying to be faithful to what we see.