The fashionable and secular writer Dorothy Parker saw something in Christmas we often forget, but should remember 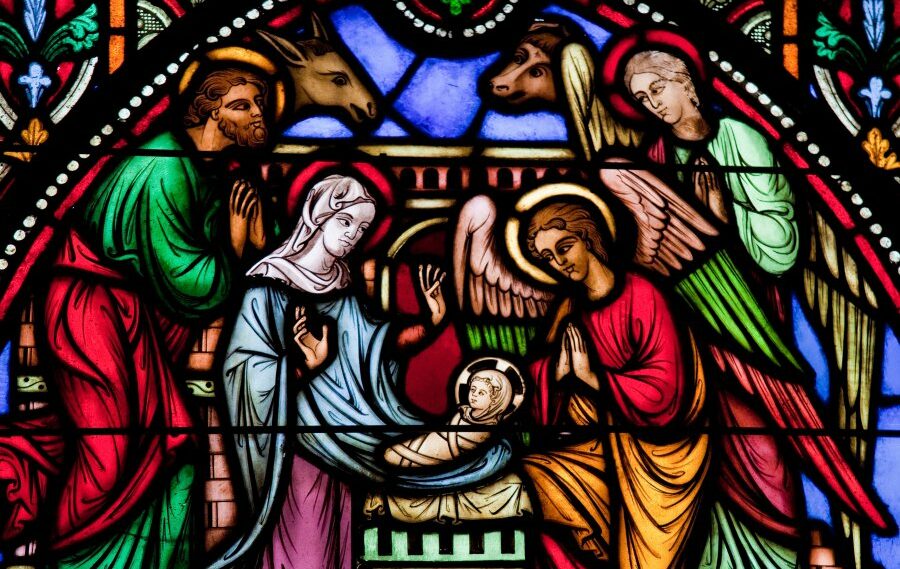 The Nativity window in Cathedral of St. Michael and St. Gudula in Brussels, Belgium.

She wasn’t all that funny, though she got off some very good lines. The historian Will Durant said he dashed off his first novel “by way of a holiday.” Dorothy Parker replied, “Dr. Will Durant should stick to business.”

She seemed to have guessed that he was either playing a cheap trick to avoid criticism or bragging at how easily he wrote a novel. She nailed him for it.

Parker did that well. Snark, sarcasm, cuts, putdowns, she was a master. She was a writer most famous in the twenties, and maybe more famous for being a personality than for being a writer. As a writer, she made her name as a reviewer and short story writer for The New Yorker. She made fun of people who were easy to make fun of. She often did that by making them even shallower than they were in real life. Her personal life was a mess.

I’m not a fan. Sarcasm gets boring. Other people think more of her writing than I do, and they could be right. Certainly there was more to her as a person than appeared in her writing, at least in the writing she’s best known for. She had more heart than her most read writing suggests. It came out in three beautiful Nativity poems.

A Sense of Pain

She had a sense of the pain in the story. She knew, as we sometimes forget, in the joy of celebrating Christmas, that Bethlehem led to Calvary. The Creche led to the Cross. She knew that, as the Prophet Simeon told Mary, “a sword will pierce your soul.”

That’s part of the Christmas story, though not a part most of us think about much. Jesus’s incarnation and birth changed the world, but it didn’t change the world without great suffering — not only Jesus’s, but those who loved Him. And those who love Him now, all who obey when He says, “Take up your cross and follow me.”

For more on Christmas, see David Mills’ You Stink. That’s Why We Have Christmas. And his take-down of secular attempts to take down Jesus, Tis the Season to Knock Down Jesus.

As Pope Benedict XVI writes in his Jesus of Nazareth, Jesus came as a sign of contradiction, “challenging us to make a choice.” He makes us choose between loving and serving the Lord and serving our own “freedom” (as we foolishly think it), our lies, and our pride.

God is love, he says. “But love can also be hated when it challenges us to transcend ourselves. It is not romantic ‘good feeling.’ Redemption is not ‘wellness,’ it is not about basking in self-indulgence; on the contrary it is a liberation from imprisonment in self-absorption. This liberation comes at a price: the anguish of the Cross. The prophecy of light and that of the Cross belong together.”

That seems a bit of a downer on Christmas. And it would be, except that it gives us more reason to rejoice at the Child in the Creche. The Creche points to the Cross — which points to the Empty Tomb. And that points to the new heaven and earth, in which the risen Jesus “will wipe away every tear from their eyes, and death shall be no more, neither shall there be mourning, nor crying, nor pain anymore, for the former things have passed away.”

She Didn’t Know This

Parker doesn’t seem to have known this, or at least never wrote about it. Or maybe she just didn’t take it seriously. She doesn’t seem to known the promises the angel Gabriel made to Mary and her own declaration of praise and liberation in the prayer we call the Magnificat. She seems to have seen the irony of the birth we celebrate, but not seen that the Resurrection reverses that irony.

Which is sad. Believing in the Resurrection would have changed Dorothy Parker’s life. (And deepened her writing.) But what she saw is something for us to remember, and reflect upon.

Here’s one of her three poems about the birth of Jesus, and I think the best. The other two are The Gentlest Lady and Prayer for a New Mother.

The Maid-Servant at the Inn

“It’s queer,” she said; “I see the light
As plain as I beheld it then,
All silver-like and calm and bright —
We’ve not had stars like that again!
“And she was such a gentle thing
To birth a baby in the cold.
The barn was dark and frightening —
This new one’s better than the old.
I mind my eyes were full of tears,
For I was young, and quick distressed,
But she was less than me in years
That held a son against her breast.
“I never saw a sweeter child —
The little one, the darling one! —
I mind I told her, when he smiled
You’d know he was his mother’s son.
It’s queer that I should see them so —
The time they came to Bethlehem
Was more than thirty years ago;
I’ve prayed that all is well with them.”

David Mills is a senior editor ofThe Stream. After teaching writing in a seminary, he has been editor of Touchstone and the executive editor of First Things. He edits the site Hour of Our Death and writes the monthly “Last Things” column for the New Oxford Review.

Receiving His Gift When We Have Nothing to Give in Return